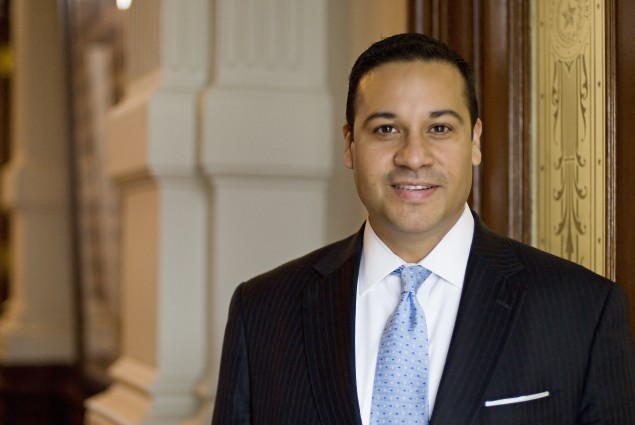 Today over on the Texas Tribune’s TribTalk op-ed site, State Rep. Jason Villalba of Dallas is beside himself at the thought that his party will be represented on the 2016 presidential ticket by Donald J. Trump:

Tonight, the political party that I have cherished and revered for all of my life has chosen as its standard bearer a buffoonish, clownish, orange, carnival barking snake oil salesman to represent me and my family in front of the entire world.

The political party that I have affirmed and have aligned myself with for the past three decades has nominated a man who has soiled the sacred honor of our armed forces by belittling and besmirching the good name of our military heroes. He has denigrated and misogynistically maligned every woman in America. He has ridiculed and made sport of those with physical and mental infirmities. And he has categorically attacked and savaged those who share a Hispanic heritage with my children by claiming that they are rapists and murderers.

And that’s just the beginning of his denunciation. Still, I can’t help wonder if politicians like Villalba — who we once described in the pages of D Magazine as “the future of the Texas GOP” and who now finds it hard to fathom how his party could have been trumped by Trumpism — recognize their own complicity in laying the framework for the divisive campaign that Trump has successfully run, by doing things (as Villalba did) like comparing Democrats to Nazis.

Trump didn’t come out of nowhere.