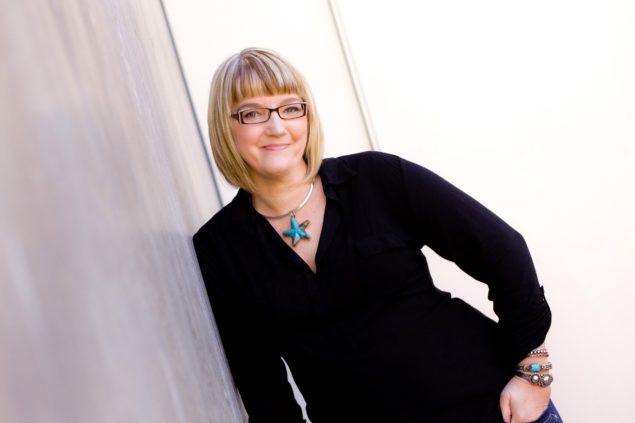 Julia Heaberlin stopped by the Old Monk this week to chat with Tim and Zac about why she left a cushy gig at the Star-Telegram to take her shot at the rich rewards of the book business. She also opens up about her brief stint as Tim’s boss and faces off against Tim in a quiz devised by Zac.

Before giving it a listen via the player below, iTunes, Stitcher, or your favorite podcatcher, a few notes:

1. The Continental Avenue Bridge was built in 1933 as the Lamar-McKinney Street Viaduct.

2. Plans for the Dallas Maritime Museum were put on hold after the decommissioning of the submarine USS Dallas — which was to be the star attraction —was pushed back to at least late 2016.

3. The Trinity Forest Golf Club is being built near the former site of Riverlake Country Club, which no longer exists because of flooding by the Trinity River.

4. “Camel caps” or “CamelCase” is the practice of writing compound words or phrases such that each word or abbreviation begins with a capital letter (without hyphens), e.g., FrontBurner.

5. If you don’t know that Hamilton is the biggest show on Broadway right now, I question your cultural relevance. One of the few samples online:

6. Michael Lindenberger of the Dallas Morning News opined that it’s unlikely that former Dallas County district attorney Craig Watkins would have been extended the same patience that Susan Hawk has during her struggles with depression.

7. The Dallas Zoo announced the birth of a baby elephant this week.

10. Former Star-Telegram film critic Elvis Mitchell hosts the public radio show The Treatment. He had $12,000 in undeclared cash confiscated while trying to cross back into the U.S. from Canada in 2008.

12. The Contender was a 2000 film in which actress Joan Allen played a woman seeking to be confirmed as the new U.S. vice president:

13. After the recording session, Eric Celeste joined us at Table No. 1 at the Old Monk and clarified that he never said he found 150 pages of Heaberlin’s first novel on a printer at the Star-Telegram, just a few pages of a chapter.

Now, on to the show: