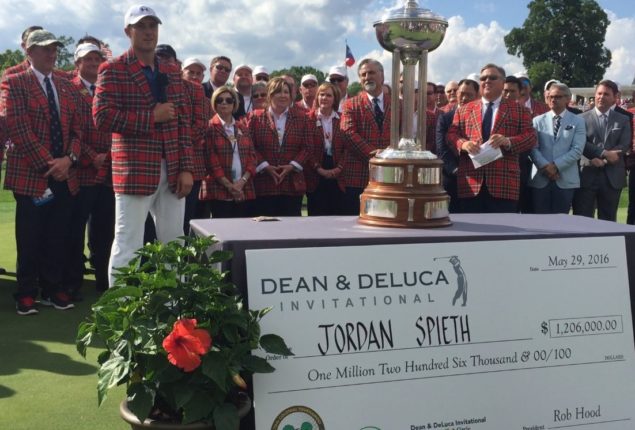 Jordan Spieth, after winning the Dean and DeLuca Invitational.

Dallas’ favorite PGA golfer, Jordan Spieth, won his first Texas tournament today, with an unforgettable back-nine finish at Colonial Country Club in Fort Worth. Even Spieth himself looked shocked when some of his putts went in.

His performance at the Dean and DeLuca Invitational earned him a cool $1.2 million, adding to his stature as the world’s top-earning professional golfer. (For more, see D CEO’s recent report.)

Spieth’s first words to his agent, Jay Danzi, after putting on the plaid jacket: “Hey Jay, can you get me a beer?” 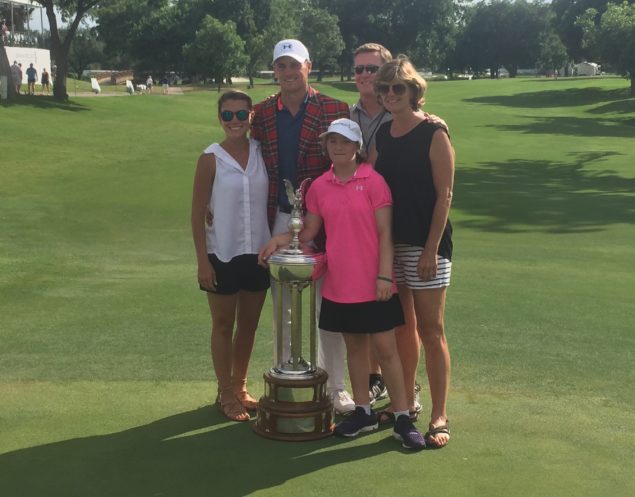 Jordan Spieth with his parents, girlfriend Annie, and sister Ellie, at Colonial Country Club in Fort Worth.