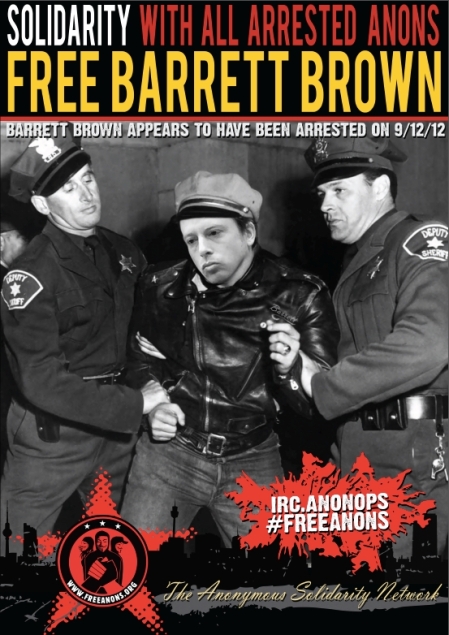 Barrett Brown, as you might know, won a National Magazine Award earlier this week for a jailhouse column that began right here on FrontBurner and then migrated to Glenn Greenwald’s Intercept. Well, he won for three installments published by The Intercept. We’re happy to have been part of the process and aren’t looking for any credit (we totally deserve all the credit).

And, as you might also know, I won a National Magazine Award for a profile I wrote of Barrett. Which has led me this past week to remark to several people that Barrett must be the only subject of an NMA-winning story to have won an NMA himself. Right? I mean, because how could that have happened twice? So I asked the kind folks at the American Society of Magazine Editors, which bestows the awards, to confirm that it had never happened before.

But DFW and BB share one more thing in common: mental illness. And when Barrett won his award, he was in solitary confinement, where he was deprived of his daily antidepressants. I get the impression that there aren’t many people working for the Bureau of Prisons who are impressed by fancy writing awards.

I, Barrett Brown, Have Returned