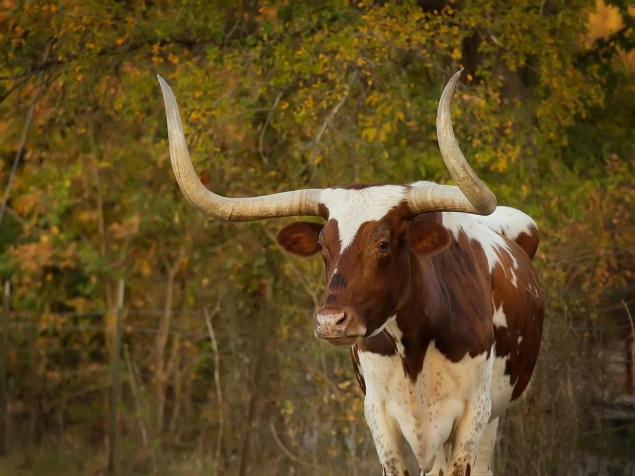 Modern Farmer on the case of a man convicted of stealing livestock:

A cattle rustler by the name of Clinton James Easter recently found out that everything is, in fact, bigger in Texas, including prison sentences. Easter, 47, of Eastland County, Texas, was sentenced earlier this month to 30 years for stealing 15 head of cattle, which is two years per animal.

Eastland County is about 100 miles southwest of Fort Worth. Texas, the piece goes on to explain, has some of most severe cattle-rustling punishments in the country:

Texas raised the stakes on cattle rustling back in 2009, making it a third-degree felony punishable by 10 years in prison for stealing 10 cattle or less. Because Easter stole 15, his punishment was bumped up. In other states, the crime carries a lighter sentence. In Wyoming, for instance, you’d go away for 10-years, maximum. Still, Easter got off easy compared to another Texan who was sentenced to 99 years in prison for swindling a rancher out of 400 head of cattle back in 2011.

I realize this is tens of thousands of dollars worth of property we’re talking about, but should it really be a felony? And deserving of 30 years in prison?

Reading this reminded me of a great episode of the Planet Money podcast, titled “Cow Noir.” It explains how relatively easy it is to steal cows, which is why it remains a persistently common crime, and profiles a special agent charged with tracking down rustlers.