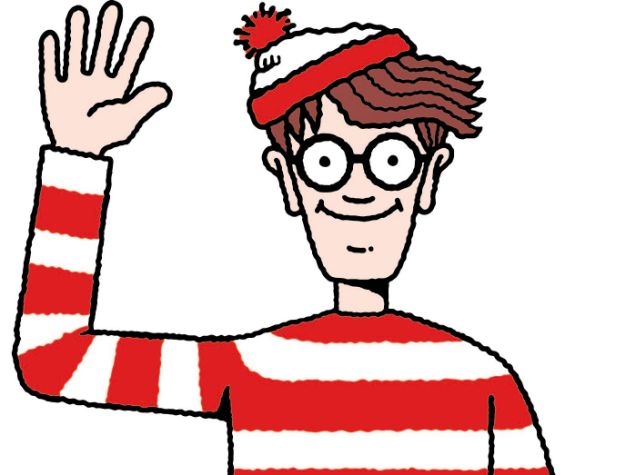 Regarding the unexplained absence of Susan Hawk, John Wiley Price told the Dallas Morning News, “This is not ‘Where’s Waldo.'”

UPDATE: Clearly as a result of reading my post, Susan Hawk did the sensible thing a couple of hours later and released a statement clearing up the whole DA goes AWOL situation. She is taking a four week leave of absence to battle a “serious episode of depression.”

I’m going to piggy back on Jason’s poll today and extend the question about Susan Hawk with a request for feedback in the comments. I’m really curious to hear what you think about this. I’ve been following the Susan Hawk regime like everyone else, and at this point, I’m left wondering if she has any reasons left not to resign her post as Dallas County District Attorney. Here’s the situation as I see it.

Let’s start with pattern of behavior. This is by no means Hawk’s first questionable act as DA. As the DMN lays out in their editorial on the matter, since her first day Hawk hasn’t just come under scrutiny, she has acted in a way that has damaged public confidence in her competency as a public official. There were abrupt firings and resignations, reports of a growing culture of paranoia, and questions about previous or ongoing drug abuse. Now she has gone missing — missing! — for three weeks. And if anyone knows where she is, they are not authorized to tell reporters. In other words, they either don’t know or they are not empowered enough to make a decision about how to handle the question of their boss’ absence in her absence. Add that misstep to the “paranoid” column of Hawk’s report card.

But let’s give Hawk the benefit of the doubt for a moment. With her election victory, she found herself moving into enemy territory and trying to wrap her arms around a complicated and often contentious bureaucracy. Asserting your authority while winning respect at a new job as boss is difficult no matter the circumstances. Then add in the fact that she’s a Republican in a Democratic county, taking a job in an organization in which leadership transition always results in some firings. On top of that, toss in the likelihood that Hawk is also battling an addiction on some level. That is a cocktail for a lot of stress, perhaps some seemingly erratic behavior. It is reason enough to give the new DA a little leeway.

But now let’s think about this latest situation. I suppose there could be some reasonable explanations for her absence. Maybe she’s on vacation — a little long, but okay. Maybe there’s a personal matter she’s dealing with, something regarding her family, a death, and accident, an unspeakable, difficult trauma that you wouldn’t want plastered all over the newspaper. Perhaps she’s dealing with addiction again. We all have personal demons, and I’d be willing to overlook some of those to a point if there was an indication that she was taking steps to overcome whatever personal issues may be an impediment to her job as Dallas County DA.

But that’s not what this is. This situation is just, well, bizarre. And it becomes more bizarre when you consider what a normal person might do if they found themselves in Susan Hawk’s shoes and dealing with any of the possibilities I mention above. A normal person would catch the first hint of this spinning out of control — like a story in the local paper about your own whereabouts — and take action to clear things up while maintaining whatever sense of privacy you believe you deserve.

Issue a statement saying you are dealing with personal issues and will be back on such-and-such a date. Call up the DMN reporter and politely explain that you can’t give details about your personal time away from the office, but let them know off the record if your Aunt Bethel from Abilene had her leg severed in a combine, or whatever on earth is going on. Public officials have a right to some privacy, but the public also has a right to a reasonable amount of confidence that their public officials are actually doing their jobs. It is not that difficult to find a balance between those two things.

Or there is another option. Maybe Susan Hawk is in some remote, New Age-y rehab resort in Arizona in which all communication with the outside world has been cut off. The last thing they doctors would want is one of their patients knowing that there is a huge scandal blowing up about their absence — it would ruin all the progress of the previous weeks. And so, right now, Hawk is sitting in a mud bath, contemplating her inner Dharma while her assistants at the courthouse scurry around in a tither, too scared to phone up the center or too incapable of making an executive decision and coming up with some excuse for Hawk that would at least serve to throw water on the fire.

If that’s the case, however, then, as with all the instances above, all Hawk had to do was anticipate her absence and communicate to her staff how to handle both work- and media-related inquiries while she was away. That’s what any normal manager of any organization — heck, of a mom-and-pop candy shop — would do before taking some time off.

But that’s most troubling about this whole ordeal: it is such a complete and utter non-scandal. It seems like the simplest thing in the world to make go away, the flimsiest excuse would cool the wild speculation. And yet, the only reason it has spun out of control is because Susan Hawk appears incapable of either managing herself, her staff, or the way her department communicates with the public. Those are not good qualities in a public official. In fact, I would say they are pretty essential qualifications for the job.

Sure, haters may be stoking the fires of controversy, Hawk may be off on the Appalachian Trail, or she may have some other reasonable excuse for her absence. County officials seem confident that the actual work of the DA’s office is still purring along. But now we seem to have reached a point where an explanation or an apology from Hawk won’t really cut it. What Hawk’s absence has done is demonstrate her complete lack of managerial control and inept leadership ability. This is what a total lack of confidence in a public official looks like, and I’m not sure how you earn that confidence back.