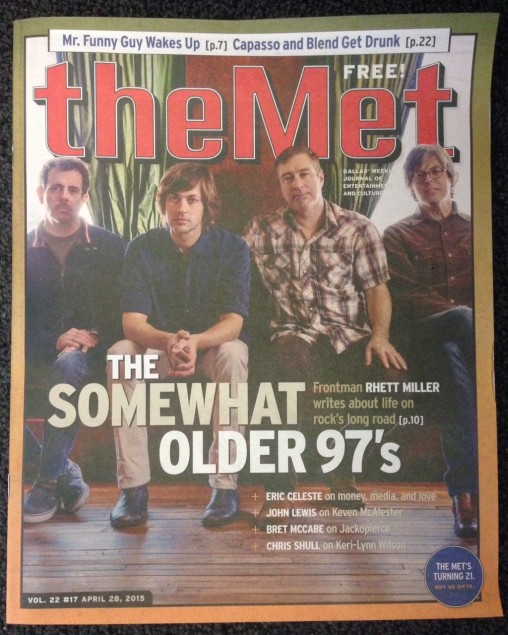 If you’re old enough and cool enough, you probably remember The Met. The weekly magapaper launched in 1994 with Eric Celeste as its editor. Six years later, the Observer’s then parent company, New Times, bought the publication and shuttered it. Eric was working for the Observer at that point and wrote a pretty fine remembrance to mark the occasion. But The Met itself never got to say goodbye. One week it was there; the next week it wasn’t. That was partly the inspiration for what you see here. This month, The Met would have turned 21 and been legal to drink. So a few us, led by a fella named Joseph Guinto, got together and put out an issue. Then, on Saturday, about 50 former staffers gathered at the Barley House, which used to be the Green Elephant, above which The Met’s offices were once located. We drank and danced and reminisced. And we all read the magapaper. It’s 24 pages and features some pretty decent writing, if I do say so. Rhett Miller’s essay about growing older is wonderful. Bret McCabe’s story about Jackopierce is smart. A feature about The Met’s history contains lots of curse words. And there’s a Mr. Funny Guy column that appears to have no grammatical errors in it. When my wife dragged me out of the Barley House early Sunday morning, there were still a couple hundred copies lying around. If you want one, you might check there. I’ve also heard reports of the magapaper turning up at a few other bars and restaurants around town. Keep your eyes peeled.