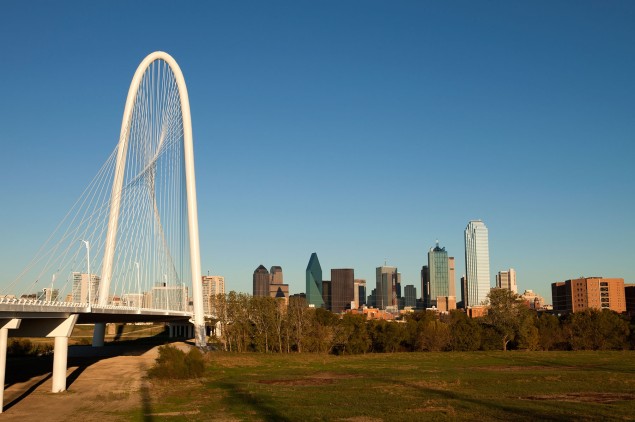 Yesterday I had a conversation with a fellow who told me a story that blew my mind a little. Thought I’d share. This guy’s daughter was doing some volunteer work at a school in West Dallas. Mostly poor, mostly brown and black kids. The daughter asked some of them what they thought of the fancy Margaret Hunt Hill Bridge, expecting to hear how much they loved it. But the kids told her that they hate it. They said the bridge divides the city. They said white people built that bridge to remind folks in West Dallas where the border lies, the one that separates rich from poor. “They stay on their side, and we stay on ours,” one of the kids said.