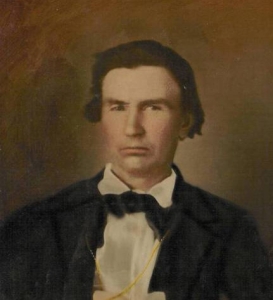 Question: Where does “Love” in Love Field come from? — George L.

Sir, I am tremendously pleased to have received your query, as it affords the opportunity to hold forth upon another of the great injustices and absurdities of Dallas history.

As you are no doubt aware, I am among the world’s foremost onomasticians, and toponymy is my peculiar interest. This avocation began as a means of understanding how it came to pass that so few places in this great city bear my name (not the least of which is the city itself).

Now to the ignominy Love Field represents. Between its silly appellation and the honoring of a commie Frenchman with an erection that should by all rights be known as the Bryan Citadel, it’s a wonder most outsiders don’t think Dallas is some manner of dirty hippie colony founded upon on the principle of sexual freedom for all.

Worse yet, the true origin of Love’s name points to the unfortunate strength of inertia in nomenclature. For there is no good reason that the city’s airport should continue to carry the eponym of Moss Lee Love. He was originally from Virginia, and his claim to fame is having died in a training flight in San Diego while an Army aviator in 1913, at the age of 34. He’s described in the book San Diego Flying Days as “single and respected for his polo skills [!]….the only reasons that could be given for the accident were either that Love became unconscious in the air or the dive was caused by bad air.” This is the model of aeroplane he lost his life in after falling 300 feet: 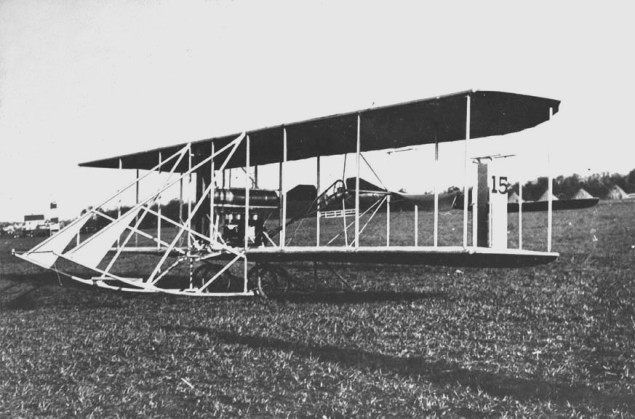 You can see plainly then that we’re honoring a fellow for not having good sense enough to stay out of a contraption that’s barely a step above a fixed-wing bicycle. Plus he’s got no known relationship to Dallas — no evidence that he ever even passed through these parts.

We’re saddled with this outrage because Love Field originated as an Army Air Service training site during World War I. It was one of more than 30 that got up and running before 1918. Most of them were also named for men who’d lost their lives in early aviation accidents. What’s unique about Love is that the name stuck.

A majority of the WWI airfields were shut down shortly after the end of the conflict or following WWII. The city of Dallas purchased Love’s land in 1928 and converted the airport to civilian use — meaning it’s one of only four of the training fields to make such a changeover from military purposes. What happened to the other three?

Therefore we stand very nearly alone in our foolishness. I submit that if Dallas had been assigned the surname of a dead aviator that wasn’t synonymous with a fairly popular emotion this would have long ago been remedied. It’s hard to imagine city leaders bothering to continue to honor anyone named Chanute or Eberts who lacked connections to this place. But Love is a trickier business.

Which brings us to the current state of affairs, in which the recent airport renovation brought not one but two works of art honoring this poseur. Something must be done to correct the situation, and I have a solution. I’ve asked Wick to consider adding a plank to the platform of the Coalition for a New Dallas calling for Love Field finally to honor a true local legend. He said it was an “interesting idea” just before he darted out of the elevator this morning, so it’s most certainly just a matter of time before city council candidates will be vetted in terms of their support for the establishment of the John Neely Bryan Aeroport & Memorial Gardens.

Obviously Southwest Airlines may have reservations, given it would somewhat limit the puns available for their marketing and branding efforts, and they might have to pick a new stock symbol. Then Dallas would have to arm-wrestle Johannesburg, South Africa, for the rights to the JNB airport code. But it could be done.

If I’ve not yet persuaded you to the correctness of my argument, then this should seal the deal: In 2012, Steve Blow waxed rhapsodic about the need for the city to do more to honor Moss Lee Love.

John Neely Bryan is the founder of the city of Dallas and an expert on all matters. Email him for advice, to have a dispute adjudicated, or to seek his wisdom on any of a myriad of topics, at [email protected].