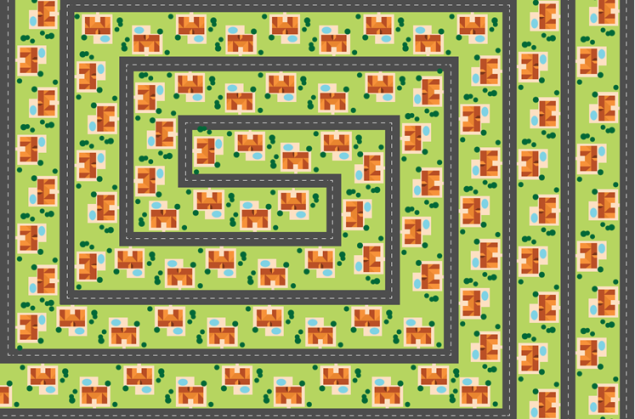 When reading John Bloom’s July 1987 story, “Misty Crest: On the Frontier of the New American Dream,” what struck me was how strange it was to have a neighborhood in southwest Arlington written up as a hot new development. A-Town seems like an aging former starlet past her prime, while everybody now goes gaga for her much-younger counterparts in Collin County.

Bloom pokes fun at the absurdity of navigating among subdivisions with “Glades” and “Glens,” “Villages” and “Creeks” in their names — regardless whether there are any actual glades or glens or villages or multiple creeks in the vicinity. At the time, one of the homes he ventured out to look at had an asking price of $96,850, about the median for Dallas-Fort Worth at the time. Twenty-seven years later, houses in the same neighborhood are going for somewhat more, but generally sticking pretty close to today’s median.

I asked Bloom what spurred him to write this piece, which we are honoring as one of the 40 greatest stories ever published in D Magazine. He responded:

The idea for that column was very simple. I had noticed that the newspaper real estate section had its own language of words and phrases never employed by any actual human being, so I set out to match the language with what was being described. My guess would be that Frisco today is not that different from Southwest Arlington in 1987.

Only I think that today’s new homes, in Frisco and elsewhere, have gone super-sized — like much of the rest of America.