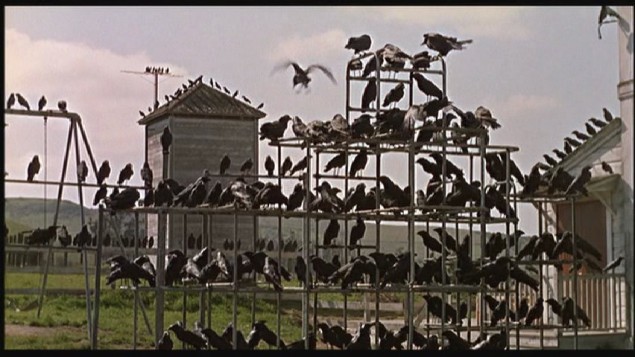 If you read this blog, or our magazine, or follow me on Twitter, you are more than aware I have had — as of late — a bit of a problem with birds. Specifically, owls. The owl situation seems to be under control now, though I assure you, my head remains on a swivel whenever I am outside my house after dark. More troubling, however, is that now the problem has spread to pretty much all birds.

It started a few weeks after the initial owl attack. I was coming back to the office and an unidentified bird swooped down on me. Coincidence, I thought. (Especially since Brad reported that the same thing happened to him.) Then I saw a couple of birds go after a squirrel in my backyard, which is rapidly turning into something of an ornithological Thunderdome. That didn’t bother me so much, because I’ve hated squirrels since they made a nest in my old Volkswagen GTI, chewed through all the wiring, and cost me a fair amount of money that, it probably will not shock you to learn, I did not have. But, whatever.

Not long after that, I was forced to stop letting my cat, Sally, hang out outside, because a pair of mockingbirds had started eyeballing her. They didn’t go after Sally, though — which is odd, because I think we can all agree that Sally is a real pain in the ass, like, 75 percent of the time. Instead, one of them made a run at me, buzzing me just above my right ear.

Anyway, I’m putting this all here just in case. If something should happen to me, I implore you, look to the birds first. Then, take my phone and text every woman in it that I loved them. That’s pretty much the extent of my will. You can split up my books and records and debt however you see fit.