Hat tip to Unfair Park for bringing to our attention the below video on Vimeo, which offers evidence that Jo Lynn Haussmann says she is suffering from dementia. Haussmann is the Keller ISD trustee I mentioned in today’s Leading Off. Last night, she apologized (not really) for making anti-Muslim remarks on Facebook. Well, this video serves as a repository of some other remarks that Haussmann appears to have made on (and deleted from) Facebook. Such as:

“It’s so frustrating as I want to work but every job I get I bomb because of the dementia issues. It’s very discouraging KNOWING how intelligent and capable I was and now I can’t do hardly anything.”

The Tea Party, it appears, did not sign up the best candidate in Keller. Either she is suffering from dementia or she has really poor judgment about the sort of stuff she should share on social media. 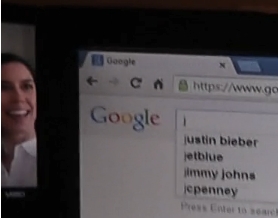 One more note: the Vimeo user who posted the video is identified only as J. Johnson. But there’s a brief moment at the beginning of the clip when it appears that you can see the user’s reflection in a mirror. And she’s having a great time making the video.