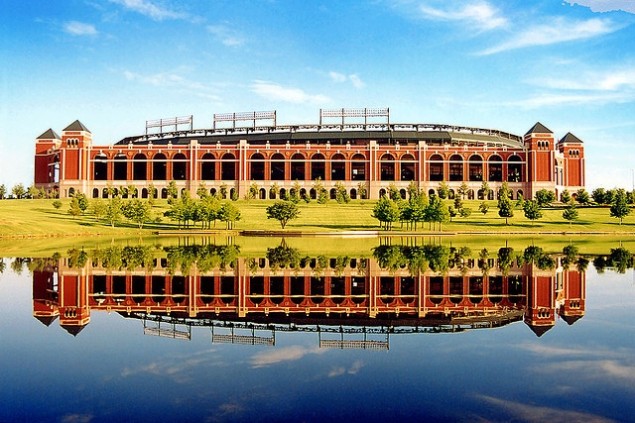 Photo by Steven Martin, via Flickr
(photography courtesy of retailers/vendors)

UPDATE, 11 a.m.: It’s Globe Life Park in Arlington, named for an insurance company. So, like Shakespeare before them, the Rangers will play at “the Globe.”

Original Post: The Texas Rangers have scheduled an 11 a.m. press conference to announce a naming rights deal for Rangers Ballpark in Arlington. There’s a rumor that Samsung has ponied up the cash, but I’m hoping for something a bit more Texas-centric. “Blue Bell Ballpark” has a nice ring to it. But that’s just me. Which company are you rooting for?