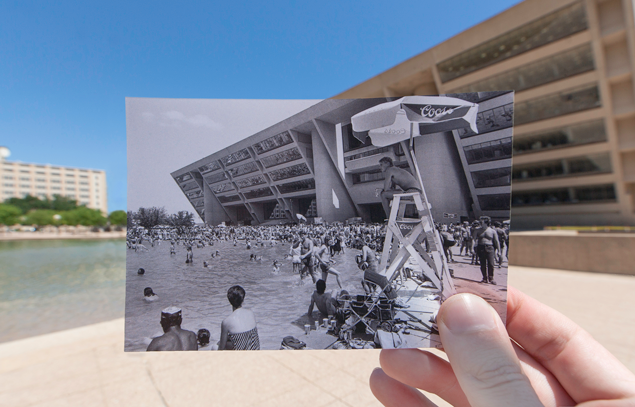 This madness is explained in the June edition of D Magazine:

Since I.M. Pei’s upside-down cake of a modernist building first opened in 1978, people have complained about Dallas City Hall. Much of the decades-long jeremiad has centered on the vast, mostly useless—or, at least, underutilized—expanse in front of the building. The 6-acre plaza was part of Pei’s design, even though it’s more a shrug than an actual plan. To its credit, the city realized this early on and commissioned author and urban sociology professor William H. Whyte to study the plaza and recommend a fix. On June 15, 1983, Whyte delivered his presentation to the City Council. His idea: a pavilion with a food kiosk at its center and trees all around it, something that would provide sustenance and shade, somewhere to sit. He wanted to “bring down the scale of the plaza to the individual dimensions”—to make it “a place” (emphasis his). Apparently, the City Council was made up entirely of Alpha Betas from Revenge of the Nerds, because Whyte eloquently put forth all of these ideas, and all anyone heard was “BEACH PARTY!” A year later, in June 1984, the city trucked in tons of sand, and everyone put on their OP shorts. Lynn Lennon, who was working on a project about public spaces for the Dallas Public Library, captured the event for posterity. Lennon, whose work is in the permanent collection of SMU’s DeGolyer Library, was kind enough to dig up some of those photos for us.

Buy the issue, on newsstands now, and you’ll have your very own copies of Lennon’s original photos. Take the jump to see two more Ghosts of Dallas images of this scene. 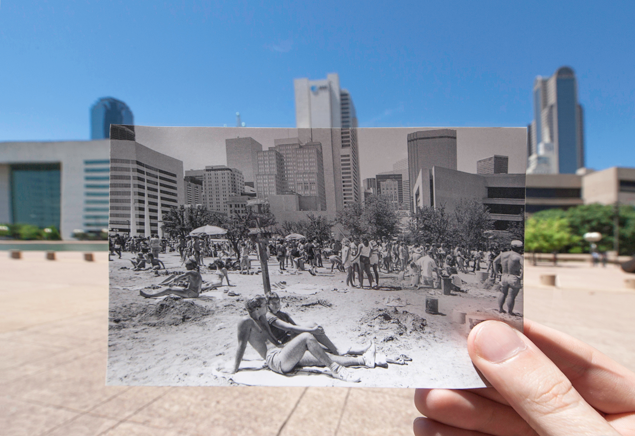 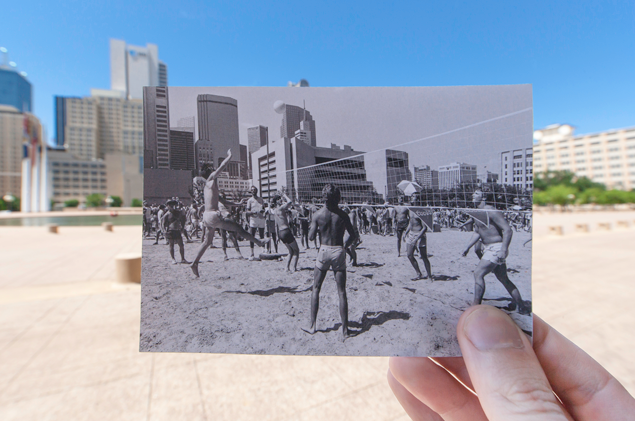