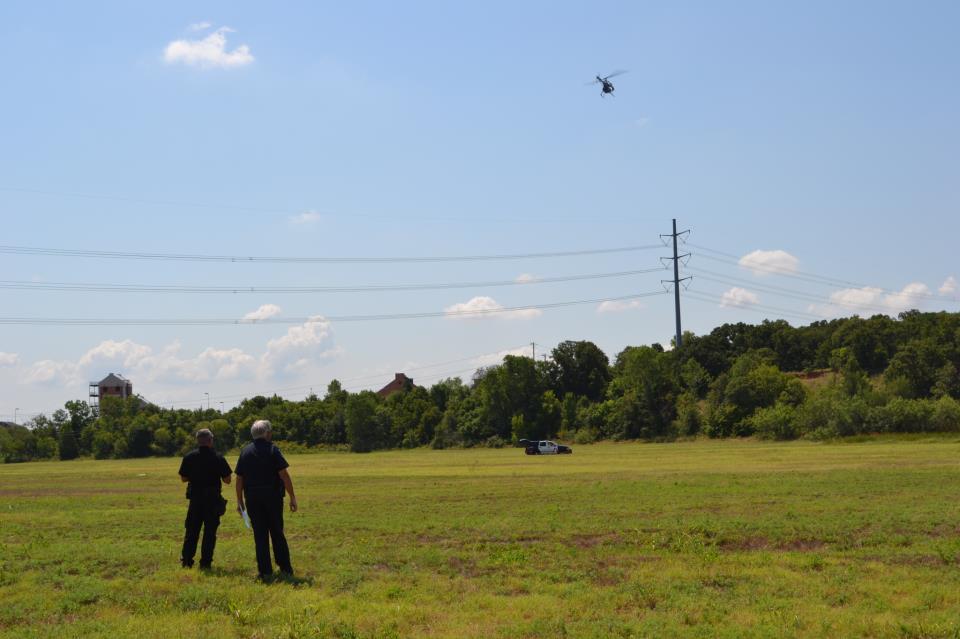 Back in 2011, the city of Arlington dropped a little over $200,000 to purchase two battery-operated Leptron Avengers. The 11-pound dragonflies were equipped with cameras, and could zoom above the city at 40 miles per hour. Problem was, the city hadn’t received FAA approval to use the electric helicopters. Until late last month. From the Arlington Citizen-Journal:

[Police Chief Will] Johnson, who made the announcement at an annual awards banquet, called the “cutting-edge technology” a more affordable alternative to traditional police helicopters or airplanes. The drones could be useful in situations ranging from photographing car crashes or complex crime scenes to searching for missing people.

“We had a 77-year-old grandmother that left her front porch and was not seen again,” said Johnson, referring to Maria Arrocha, a woman with Alzheimer’s disease who died from exposure after wandering away from home Dec. 18.

“Despite your best efforts, searching for her 24 hours a day for weeks, we weren’t able to locate her. This technology … could help serve as a tool to return someone’s grandmother home safely.”

The department has been testing the craft for two years, but the FAA had restricted those training flights to secured city-owned land at the north end of Lake Arlington.

The approval makes Arlington the largest city in the country to receive such a go-ahead.