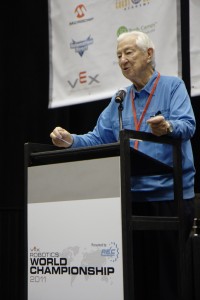 Slate ran an interesting piece today under the head: “Democracy or Gerontocracy: Is Congress getting older?” In short, yes. The reasons:

“Life expectancy likely had something to do with the 19th-century preponderance of younger men: The average American born in 1900 expected to live onlyÂ 49 years, compared toÂ more than 78Â today. More importantly, the House of Representatives was widely viewed as an “up or out” institution in the 1800s, much like aÂ modern law firm. Most members served one or two terms, then either sought higher office or returned to private life. The average tenure in the House in 1860 was four years. It doubled to eight years in 1920, asÂ careerismÂ took hold. Changes in House rules made seniority increasingly important and provided a motivation for representatives to keep their seats. In addition, changes in ballot design allowed voters to select a presidential candidate from one party and a senator or representative from another, making it more difficult to unseat an incumbent.”

The average age of a congressman in 2011: 62 for the Senate, 57 for the House. Texas’ representatives make the House look like it’s full of co-eds. The average age for a Texas rep is 64, seven years older than the average. Even if you took Rockwall Rep. Ralph Hall — 89, the oldestÂ representativeÂ in history — out of the mix, the average is still 63.Â The senators are right in-line, and will get younger now that Ted Cruz is in the mix.

Time to step up your game, Young Republicans.