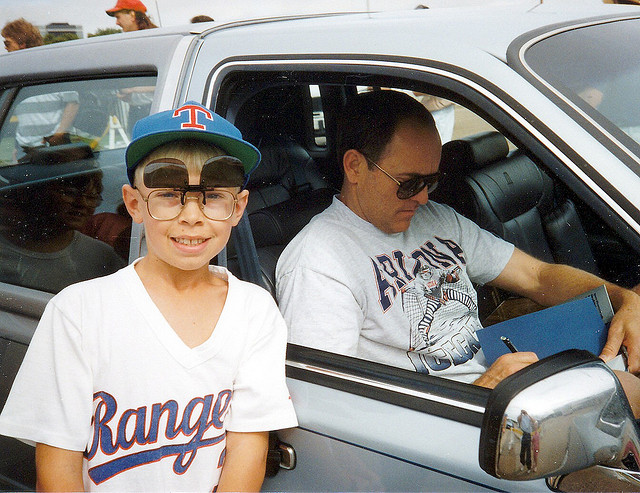 ESPN’s currently in the midst of one of their click-hungry “Best of” lists, this time focused on the “Hall of 100,” a ranking of the top 100 baseball players of all time. (There’s also a 25-man honorable mention list, to show you just how click-rabid the editors were.)

Notable Rangers in the mix:

Began his career with Texas at the age of 19. He was a 14-time All-Star and a 13-time Gold Glove winner. Played 21 seasons in the majors and finished with a 46 percent caught-stealing rate.

“Pudge” played parts of 13 seasons with the Rangers but won a World Series while a member of the 2003 Marlins.

The Ryan Express fastball made him baseball’s all-time record-holder in strikeouts (5,714) and no-hitters (seven). Ryan led his league in strikeouts 11 times on his way to 324 career wins.

Former player Dick Sharon once said, “He’s baseball’s exorcist, scares the devil out of you.”

Rafael Palmeiro came in at #108, (but everyone hates him, right?) and one-time Ranger Sammy Sosa was #95 on the list. The top 25 players will be announced tomorrow.