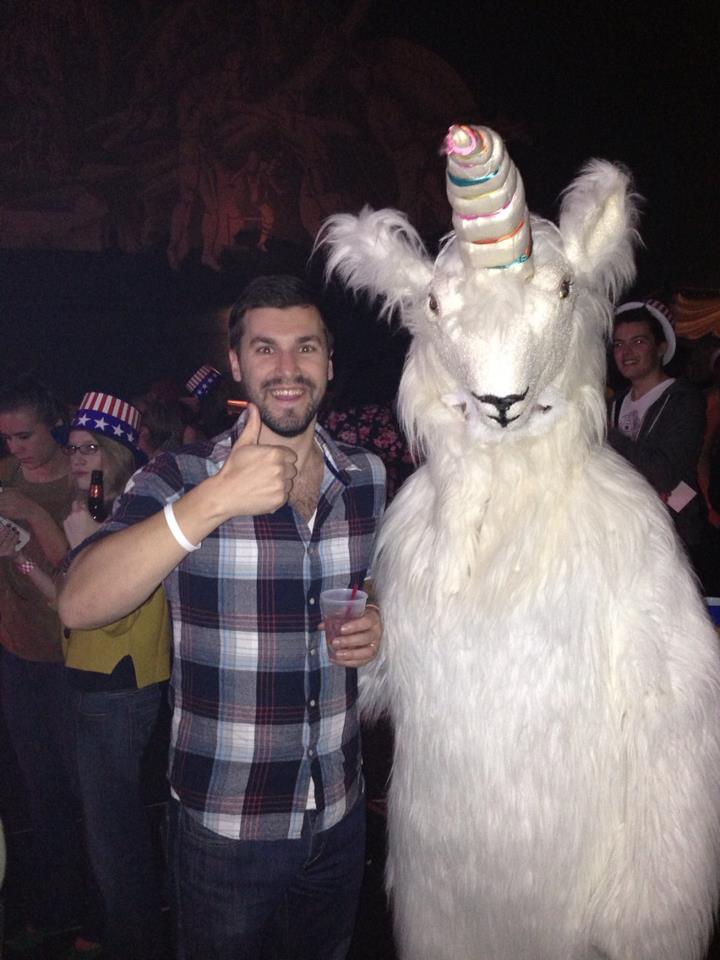 Someone dressed as a very life-like unigoat attended D’s election night party at the Granada last night. We do not know who this was.

I’ve narrowed down the options, and the comments are open for other suggestions:

UPDATE: Here’s a photo of UniGoat as president.