Where to See a Real Live Ghost in Dallas

Halloween casts a distinct desire to seek out all things scary. This year, instead of paying to enter a haunted house where the ghosts are actors in costume, go somewhere that has had reports of hauntings since the early 1900s. Here are three spots in Dallas reputed for their spookiness. 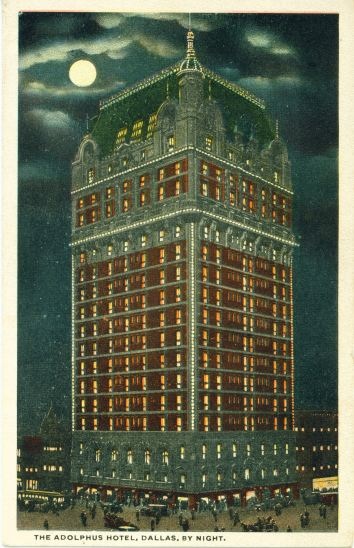 Built in 1912, the Adolphus will soon celebrate its 100-year anniversary. Although the staff says the only spirits in the hotel are those found in a wine bottle and the spirit of hospitality, spectres have been reported by guests since the 1930s.

The 19th floor is rumored to be the most active area of the hotel. The Palm Garden Ballroom once dazzled guests until a reconstruction project to add more rooms closed off what remained of the ballroom from the public. It is said that big band music and the sounds of people talking, laughing, and clinking glasses together can be heard coming from the sealed-off area.

A ghostly bride is also believed to wander the hallways. Said to be a woman who was left by her lover on her wedding day, the bride (rather than live without her love), hung herself in the Grand Ballroom. She appears to guests in her white gown.

After visiting the Adolphus, seeing its lavish and luxurious furnishings, and feeling its award-winning hospitality, could you blame a ghost for staying?

White Rock Lake
Since the early 1930s, stories of the Lady of the Lake have circulated, but it is still unknown who the woman was or if the stories were true. It seems like any other lakefront – with jogging trails, fishing piers and a nice view – but strange and detailed close encounters have been reported.

Motorists have claimed to see a beautiful young woman dressed in a white evening gown – some say a vintage Neiman Marcus – standing soaking wet on the side of the road. She says she’s been in an accident, asks the driver to take her to a nearby house, and insists on riding in the back seat. Upon arriving where they’ve been directed, the motorists look to the back seat and find that the woman has disappeared, only leaving a damp area where she was sitting. Some have even gone to the house, confused, and asked about the woman, but they find no explanation.

The Bath House Cultural Center is exhibiting a series inspired by the Lady of the Lake stories. It’s a perfect excuse to drive around the lake to see if you can find her.

Lady of the Lake Exhibition

Millermore Mansion
Completed at the dawn of the Civil War and located in Dallas Heritage Village at Old City Park, the Millermore Mansion is the largest remaining historic mansion in the city of Dallas. The Greek revival architecture and antique Civil War period furnishings are sure to make any person feel as though they entered the Twilight Zone.

An eerie, Old World feel accompanies guests as they are guided through the home and provides an accurate view of how houses of the wealthy looked in the late 1800s in Dallas. The tour guide might not be the only one greeting you the day you decide to go. The mansion is reportedly haunted by a female ghost near the master bedroom and nursery. The television program Ghosthunters even featured the mansion, but no one has been able to discover the identity of the woman or determine why she remains there.

Staff and visitors still report feeling as if someone is watching and walking closely behind them. Touring the mansion and hearing the history might bring excitement, but it was the drafty air and creks of the house that kept my hands tightly gripped on my camera and my eye on the exit.