Enjoy unlimited access to all of our incredible journalism, in print and digital.
Subscribe Now
Advertisement
Super Heroes

Here is a Picture of Nick Van Exel 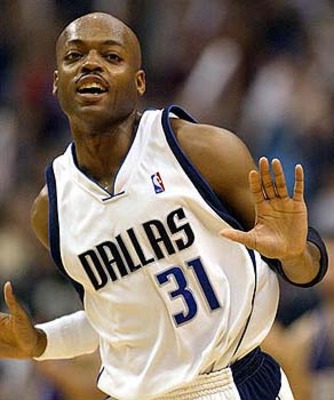 I’m not sure where this is from. I put it up on our Tumblr a few days ago. I put it up because, of all the people who played for the Mavericks, Nick Van Exel was singular in his ability to not give one fraction of a damn if it was the fourth quarter of the seventh game of a playoff series or 10 minutes into a preseason game. He did what he did. He was absolutely fearless, rushing toward the moment instead of shrinking from it, 6 feet of swagger.

I put it up here because 1) we should all be more like that, whether we play basketball or type blog posts about people who play basketball or whatever. And 2) the Mavericks, specifically, should especially be like that tonight. I mean, I suppose the real reason is that I love Nick Van Exel, but I think I’ve made that pretty clear with all the words I typed before these. In case I didn’t: I love Nick Van Exel.

Again If Nick Van Exel Were To Run For Elected Office I Absolutely Would Vote For Him He Is My Second Favorite Maverick After Dirk And Just Ahead Of Rolando Blackman Let's Go Let's Go Mavs! Mavs My Obligatory Mavericks Pre-game Post Nick Van Exel Proper Uses For This Blog The ROC Handle Like Van Exel