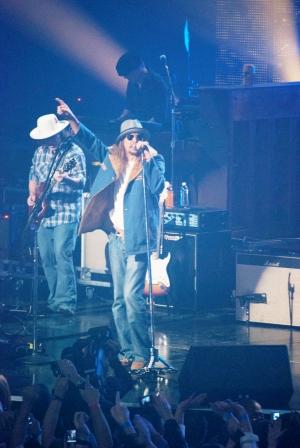 Kid Rock rocks out at the Verizon Theater in Grand Prairie.

Last night, at the VH1 Pepsi Super Bowl Fan Jam, die-hard fans of Kid Rock, Jason Derulo, and Duran Duran (yep, that’s why I was there – I jumped on stage at their concert in 1984 but tried to contain myself this time) braved the frigid temperatures and icy roads to sow their musical oats.

It felt like a wedding of sorts, as I couldn’t help but notice the existence of something old (Duran Duran – sorry, it’s true, but they’re still super hotties), something new (Jason Derulo, an emerging pop star), something borrowed (Kid Rock’s clothes clearly came from a trunk in someone’s attic) and something blue (duh, the color of the Super Bowl).

My cohort and I got to ask Duran Duran one very important question in the press room, and you’ll be happy to know that they did have some local barbecue while they were here (they didn’t say whose it was)Â  and more importantly, that most of them prefer brisket over ribs.

When Derulo made his press entrance, he worked it for the cameras like he was “in the running towards becoming America’s Next Top Model.” Kid Rock didn’t make it to the press room. He was too busy picking the moths off his outfit.

Jump for much more (Including PHOTOS).

Overall though, all three acts sounded fantastic, and clearly the crowd was happy. From the long-haired rockers to the poofy-haired “Durannies” to the kids (yes, there were a few), everyone was dancing, cheering and trying to forget they would eventually have to go back out into the frosty night.

VH1 recorded the show and aired it a couple of hours later. I watched it when I got home and noticed that while they had Duran Duran perform for us first, Jason Derulo (who only sang two songs) opened the show on TV. Not sure why. Maybe because it was getting close to bed time for most of his fans. 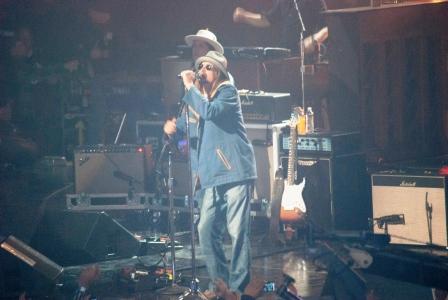 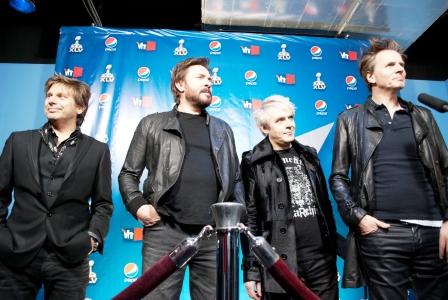 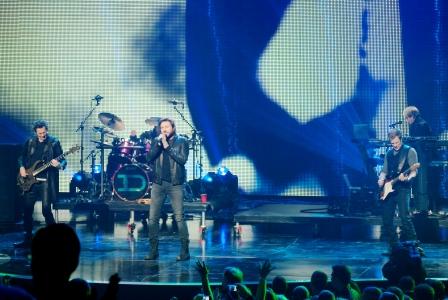 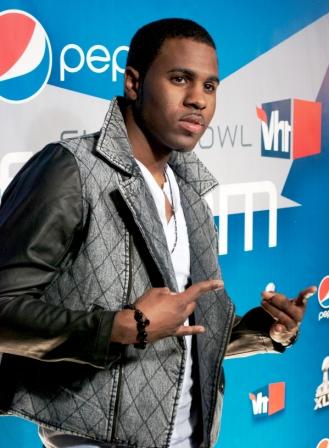 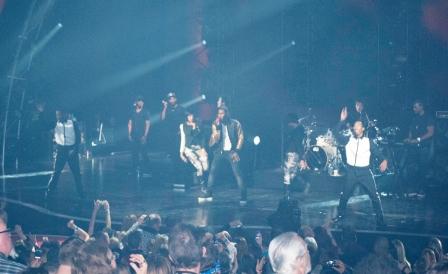