Canada’s ambassador to the United States, Gary Doer, likes to point out that his country is the 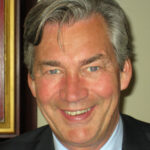 biggest foreign supplier of energy to the U.S., as well as Texas’ second-largest trading partner, after Mexico. And that the relationship with Texas plays out in sometimes-surprising ways. “Did you know,” Doer said with a smile during a visit to Dallas yesterday, “that the highest per-capita consumers of [7-Eleven] Slurpees in North America is Manitoba? And that the highest per-capita consumers of Crown Royal–made in Gimli, Manitoba, with beautiful clean water–is Texas?”

Doer (pictured) was in town to make some more serious points, though. One was with a visit to–and a show of support for–Fort Worth’s Lockheed Martin facility, whose F-35 Joint Strike Fighter project is threatened by U.S. budget-cutters. Canadian companies are doing $16 billion worth of work on the F-35, and the Canadian government’s buying 65 of the planes. Doer said possible cuts to the program “concern” him.

The ambassador was also here to talk up Alberta’s oil sands–attacked as “dirty oil” by environmentalists–and TransCanada’s Keystone XL pipeline, which would bring oil-sands crude through Texas to Houston. “There’s no question that in the alpha stage, oil-sands emissions were higher than they are today,” Doer said. “But emissions have since gone down 40 percent. They’re now lower than emissions from California thermal oil that was excluded from California’s light-crude standard. And, water utilization for oil-sands production has gone from 10-to-1 to 2-1.”

(That’s not the same water, presumably, that goes into the Crown Royal.)

Dallas’ most important news stories of the week, delivered to your inbox each Sunday.
Gary Doer Lockheed Martin
Advertisement