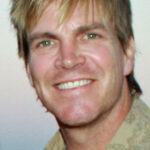 Littlefield’s Waylon Jennings once said he “couldn’t go pop with a mouthful of firecrackers.” But fans of hard-core Texas country/Americana music aren’t so sure about SMU grad Jack Ingram (pictured in photo by Jeanne Prejean). Known and admired hereabouts for years for original songs that were gritty, angry, and heart-breakingly honest–check out Barbie Doll, Mustang Burn, Biloxi–the talented singer/songwriter has broken out nationally of late with blander mainstream stuff that seems straight out of Nashville’s formulaic hit-making machine (Exhibits A-Z: Wherever You Are).

Asked about the notion that he’s “sold out” with pop-oriented, less heartfelt tunes, Ingram says it’s not true. “I wouldn’t agree that it’s any less heartfelt,” Ingram said of his recent work, just before taking the stage at the annual Cattle Baron’s Ball at Southfork Ranch Saturday night. As an artist grows things change, he said; and, if the music’s a little slicker these days, he’s still trying to be “honest” and true to his vision. “I was always trying to find a larger audience, and now I have,” he added. “And, I’m still willing to sling it around in the mud a little bit.” Ingram’s scheduled to play SMU’s homecoming, by the way, on Oct. 23.