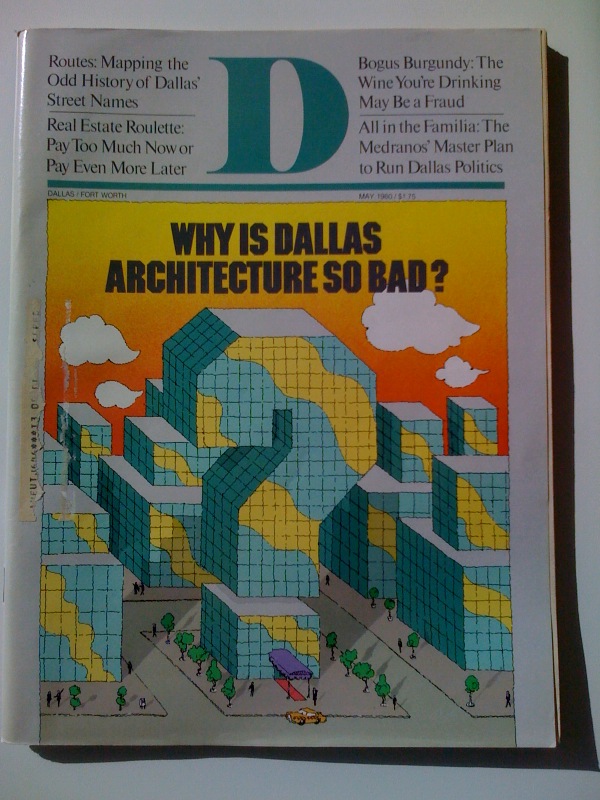 Today’s Dallas Morning News brings us the David Dillon obituary. It reads, in part, “He came to Dallas as an assistant professor of English at Southern Methodist University, but his freelance writing on architecture attracted the attention of editors at The News, and he joined the staff in 1981.” Presumably some of that freelance writing included the cover story Dillon wrote for D Magazine in May 1980, titled “Why Is Dallas Architecture So Bad?” It’s a great piece of writing that is still relevant 30 years after we published it. If you’ve got a few moments to spare this weekend, you ought to give it a read.

Museum Tower Not a â€œNuisanceâ€?