As the Big and Rich say, “Save a horse. Ride a cowboy.” Right? By now you’ve probably heard about the 2010 Dickies Iron Cowboy Invitational, which goes down Saturday, February 20, at Cowboys Stadium. It’s the first time the PBR has done a bracket-style competition, “pitting the baddest bulls against the toughest cowboys,” as the press release says. It sounds like a helluva time. You can fill out a bracket for a chance to win $50,000. And you can go here for more details on the gig. But what brings us together today is the opportunity to vote on the hottest single professional bull rider. The kind folks at the PBR have offered up these cowboys for the amusement of all FrontBurnervians. We’ll vote on the hottest cowboy. We’ll do a random drawing. The winner will get two tickets to the event and a date with the cowboy of her (or his?) choice at Cowboys Arlington, where they are hosting the official PBR after party. Let’s jump to do this in chaps.

Okay, here’s how we’re going to do this. Maybe you’re like me and you don’t necessarily want a date with a bull rider. That’s fine. You can still vote for the hottest guy. Voting ends at noon on Friday, February 19. If you’d like to register to win a date with the rider of your choice, go here. Again, registration will close at noon on the 19th. (Two notes: You might be a guy and not want a date with a bull rider. But you might be a big PBR fan and just want to have a beer with one of the guys. That’s fine, too. And click on the images and open them in a new window if you’d like to make them, you know, bigger. 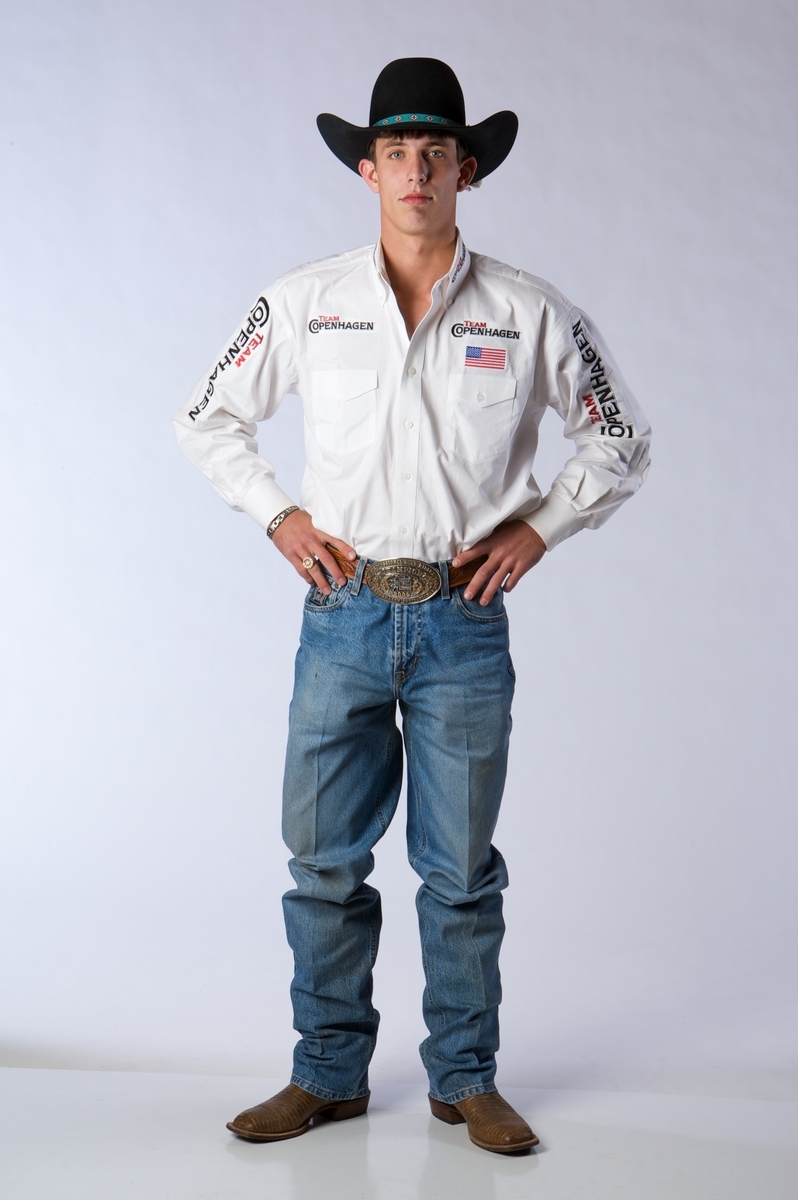 J.B. Mauney topped his first sheep at age 3. He soon progressed to calves and steers, and by the age of 14 he was competitively riding bulls. “My dad started me, but it was Mike Laws, Mike White’s father-in-law, who helped me a lot and, when I turned pro, World Champion Jerome Davis helped me a bunch too.” In June 2005, Mauney experienced the worst injury of his career. “I was at a bull riding and knew I was hurt pretty bad, but I didn’t go to the hospital because my traveling partners were teasing me. Finally, the next day I went to get checked and found out I had broken all of the ribs on my right side, lacerated my liver, and bruised by kidney and spleen.” The injuries put Mauney on the sidelines for more than four months, forcing him to miss the 2005 PBR World Finals. Mauney came back from the injuries stronger than ever in 2006, finishing as the PBR’s Daisy Rookie of the Year. At the start of the 2007 season, he rode the momentum straight into Manhattan where he took the coveted event title. In his career thus far, he has claimed event titles in Worcester, Mass., Billings, Mont., Grand Rapids, Mich., Jacksonville, Fla., Winston-Salem, N.C., San Antonio, Texas, Reno, Nev., and New York, N.Y., again in 2009. He also took the 2006 and 2009 Copenhagen Bull Riding Challenger Tour Season title. In just four short years of riding professionally, Mauney surpassed the $2 million mark in career earnings after winning the 2009 PBR Built Ford Tough World Finals event title and is always a top contender in the World Championship race. (born: 1/9/87, 5 foot 10, 140 lbs) 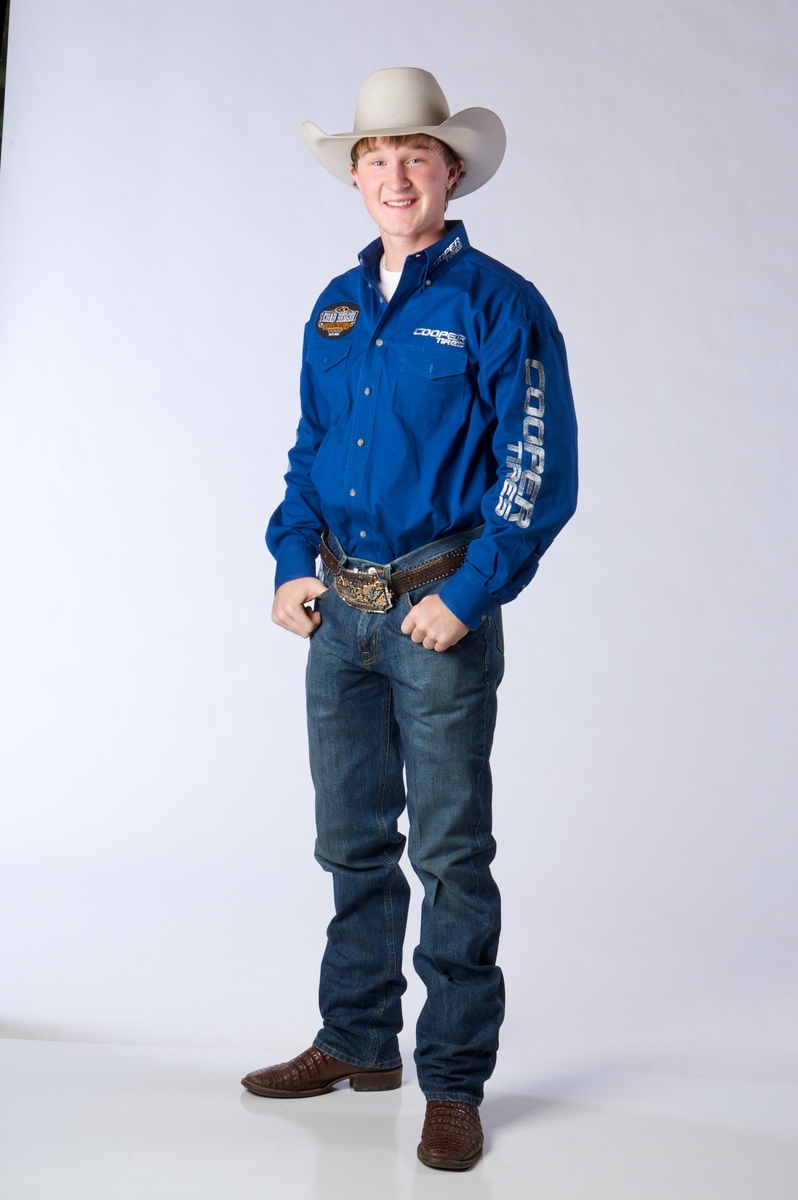 Kansas native Skeeter Kingsolver became his family’s first bull rider when he topped a steer at the age of 12. He learned his technique at a bull riding school held by George Steinberger who lived nearby. Once he got a little older and had ridden a few more bulls, he went to Gary Leffew’s house in California where he developed his bull riding skills even more. At the age of 16, he suffered his worst injury at a bull riding in Checotah, Okla., which sidelined the young Kansan for about four months. Kingsolver, dubbed “The Royal Solution” by PBR announcer Justin McKee, says that his proudest moment was getting the call to ride in the PBR’s elite Built Ford Tough Series event in Winston-Salem, N.C. He took the bull riding world by storm after getting on his first-ever bull on the BFTS tour and not only received his first 90-point ride, but took the round win as well. Another memorable moment for the 20-year-old came in Anaheim, Calif., when he took on one of the top five bulls of 2008, All In, owned by Berger/Naccarato/Struve, and received a score of 91.75 points for his efforts. He states that one of his role models is two-time PBR World Champion Chris Shivers because he’s always “liked his style.” He also attributes his success as a bull rider to his older brother, Blake. “He helped me out when I first started riding, pushing me to ride horses bareback to work on my balance and to get on practice bulls.” (born: 8/29/89, 5 foot 11, 165 lbs) 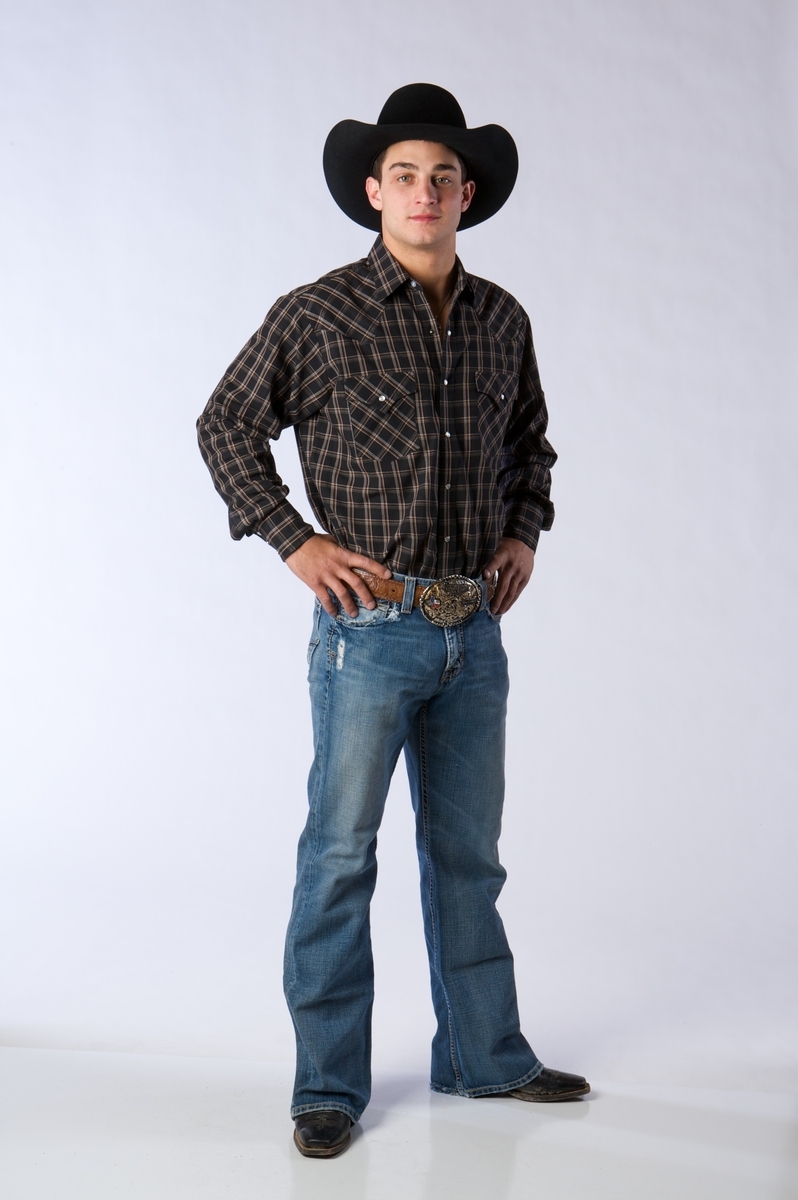 Young gun Elliott Jacoby began his bull riding career taking on steers and miniature bulls when he was little and graduated to bulls when he was nine. He finessed his skill and technique by “just getting on. I pretty much taught myself. I would watch tapes of different people and pick up stuff from them. I never went to any bull riding schools — my school is the practice pen.” The proudest moment in his young career thus far is making the cut and riding on the PBR’s elite Built Ford Tough Series. “I had always watched PBR on TV and wanted to be there so to finally make it felt great.” Jacoby travels the bull riding trail with childhood friend Clayton Baethge, where the two young men are part of the self-proclaimed group the South Texas Young Guns, or STYG. His worse injury came in May 2009 in Decatur, Texas when a bull jerked him down and he broke his eye socket. The injury required surgery and needed a three to four week recovery period. Jacoby has also broken his collar bone on three separate occasions, but he says, “for the most part, I’ve been pretty lucky.” (born: 4/28/90, 5 foot 8, 140 lbs) 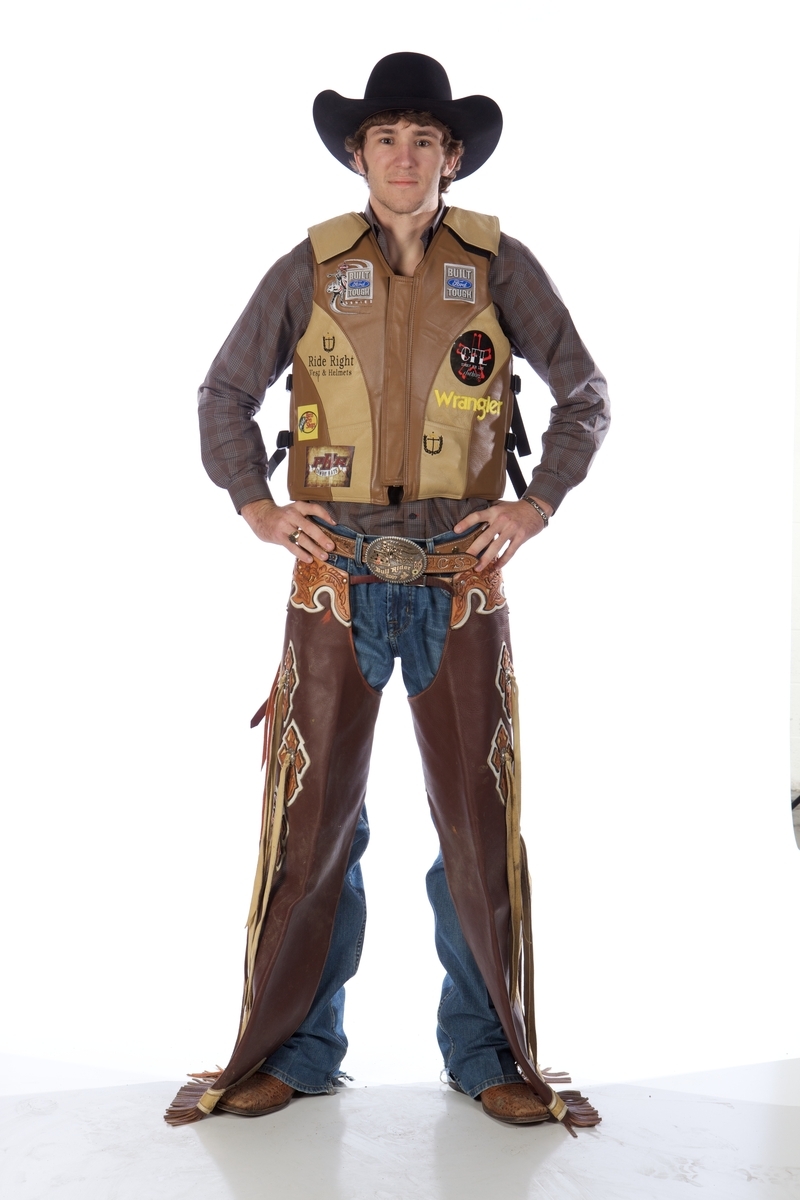 Caleb Sanderson began his bull riding career climbing on junior bulls when he was 8 years old. He credits his dad and uncle, who was a former bull rider, for teaching him to ride and helping him to develop his technique. Growing up, he looked up to native Floridian and PBR fan favorite Tater Porter. “Tater was like an uncle to me and I’ve always looked up to him,” stated the Florida bull rider. “He used to work for my dad when he was in high school and I’ve known him my whole life.” Although he has been knocked out quite a few times, Sanderson’s worst injury came when he was bucked off a bull in Fort Pierce, Fla., and ruptured an ear canal. However, the injury did not keep him out for long – he competed at a bull riding the following week. One of his proudest bull riding accomplishments came while he was still in high school. Sanderson rode his way to three Florida High School Bull Riding titles and was the runner-up for the National High School Rodeo Association bull riding title during his junior year. (born: 2/13/89, 6 foot 4, 175 lbs) Only a handful of PBR bull riders can say they learned how to ride from their heroes, and PBR fan favorite Brian Canter is one of them. “I used to live less than a mile from Jerome Davis, and he taught me everything about riding. I started getting on calves and steers, and then bulls. The most important lesson I learned from him was to try every time.” Canter dominated the competition in high school, winning the bull riding title at the North Carolina High School Rodeo Association Finals for two consecutive years and placing fifth at the National High School Rodeo Association Finals. After turning 18 in June 2005, Canter bought his PBR permit and won enough money over the course of the next four months to qualify for his first PBR Built Ford Tough World Finals. States Jerome Davis of this accomplishment, “I told him that he had enough talent, and if he bought his permit this summer, he could qualify for the Finals. I mean you could take 100 kids and Brian stands out because of his desire and will power. Not to mention his ability.” The young Tarheel continued his successful ways by qualifying for the World Finals in 2006, 2007, 2008 and 2009. He continued to add to his list of highlights in the 2009 season as he has collected event wins in Tallahassee, Fla., Tacoma, Wash., and Omaha, Neb. A motorcycle accident at the end of the 2009 season wasn’t enough to keep Canter away from the Finals, where he finished the season in 18th place overall. (born: 6/25/87, 5 foot 4, 110 lbs)