Inside The Mind Of A Serial Giver

Inside The Mind Of A Serial Giver 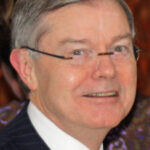 You might call Hal Brierley the un-Gekko. When TACA distributed $1 million in grants to 35 local arts groups last night, Hal and his wife Diane were $100,000-and-above sponsors of the giveaway. Which wasn’t an unusual situation for the Brierleys, one of the most charitable couples in town. Why do they do it? Three big reasons, says Hal (pictured), the chairman of Dallas-based e-Rewards: Ever since he got a scholarship to the Harvard Business School, he’s been conscious of the need to “give back.” The couple have no relatives to leave their dough to. And when they moved years ago from Massachusetts–which had a 10 percent income tax–to Texas, which has no income tax, they decided to allocate their “tax” dollars to charity instead. “It’s my feeling that conspicious consumption,” Brierley says, “ought to be replaced by conspicuous philanthropy.”