I will be upfront with you: I did not go to the NBA All-Star Jam Session as part of my job here. I went as the father of a kid who is obsessed with basketball. So I spent most of my time trying to make sure he didn’t wander off into the huge crowd, and that he was having a good time. The first part was stressful, but mostly uneventful. The second part was surprisingly successful, especially given the fact that, thanks to long lines, he only got to do a couple of things. I did manage to get a couple of photos. Jump? 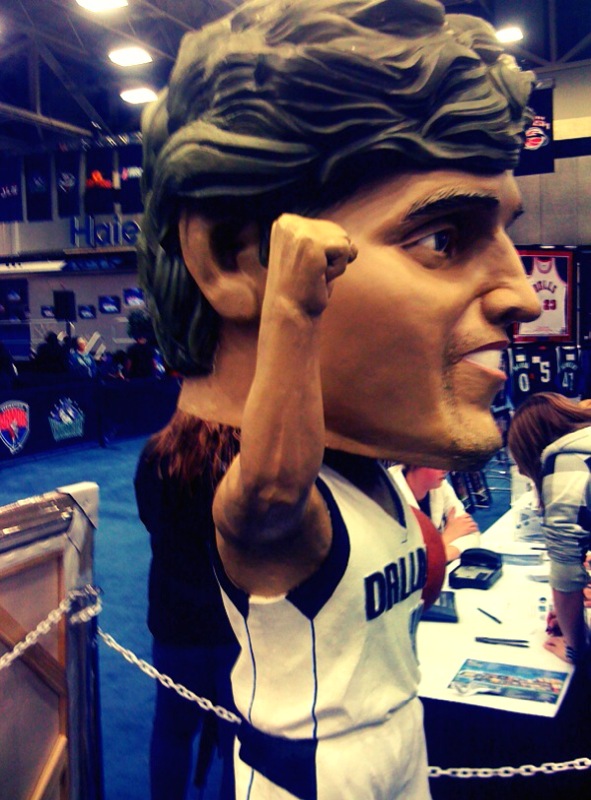 This gigantic Dirk Nowitzki bobblehead is as close as we got to seeing an actual NBA player. It's sort of terrifying, no? This was the scene of the only time I really lost track of my son. He was briefly entranced, then tried to get as far away as possible. 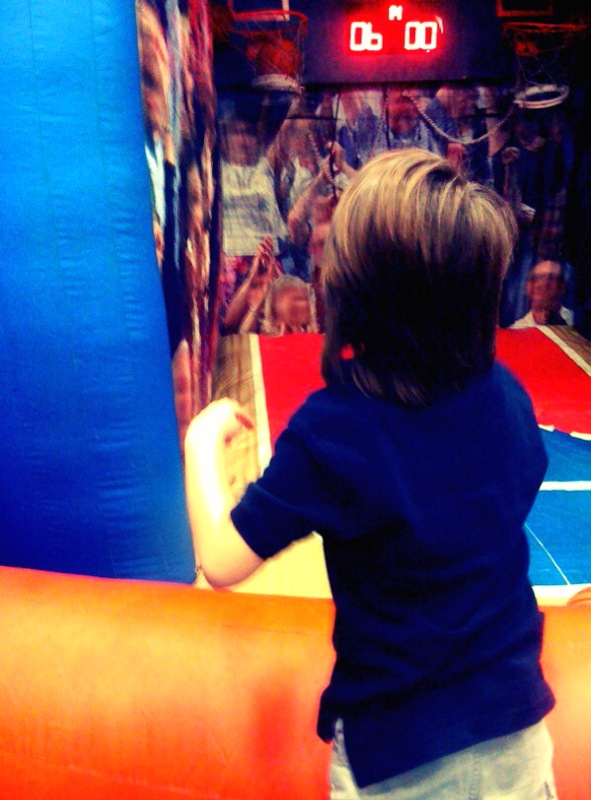 There is a kids' area at the Jam Session. But the line was way too long. Like, "stood there for 10 minutes and moved two feet" too long. The same was true of pretty much everything. This was, apparently, for Mavs' season-ticket holders and invited guests, so I can't imagine the swarm that will descend on the Convention Center when it is general admission. Anyway. Fortunately, this pop-a-shot-like contraption was separate from that, and thankfully underattended. Having the volunteer in charge compliment his 15-point, 24-second performance did nothing to dampen Isaac's ego. 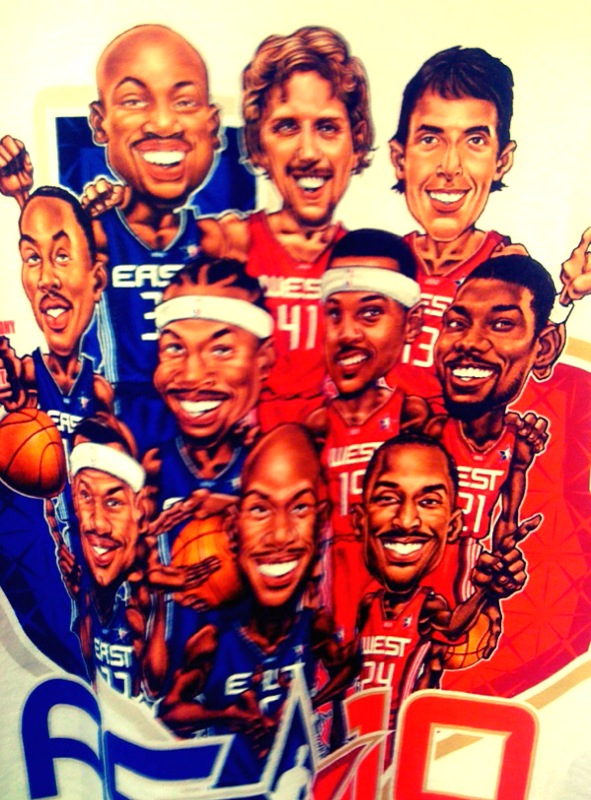 I always love these caricature shirts. This, obviously, is the one for the All-Star Game. But when I saw it from about 20 feet away in the Adidas fan shop, I couldn't help but wonder, "Weird that they put Pau Gasol on there instead of Dirk." And when I got closer, I wondered what Chris Rock was doing on it. (It was Tim Duncan.) Good shirt, but it bothers me that they have Dirk and Dwyane Wade with their arms around each other. I guess it's for the NBA fan who doesn't actually watch the NBA. 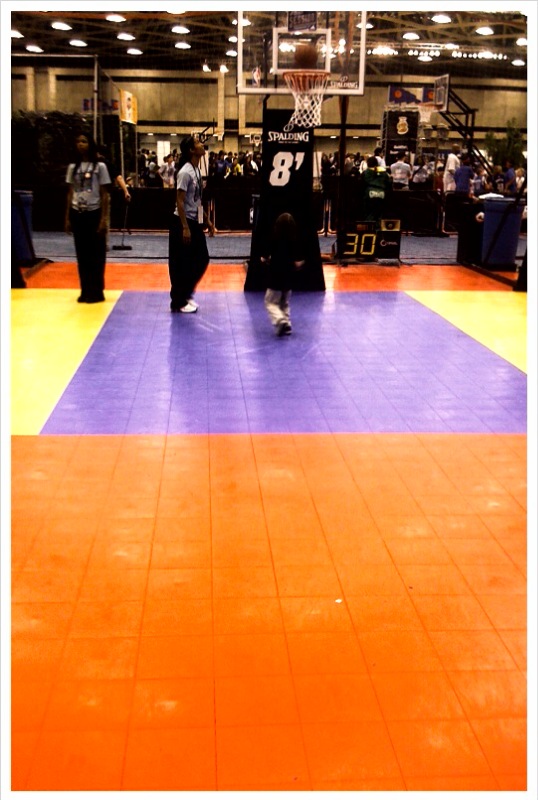 While kids could take photos with stormtroopers from Star Wars or learn how to draw aliens from Ben 10 or whatever, mostly what they wanted to do is play basketball. That's the point of this, right? On this court, there were baskets at four different heights -- 7 feet, 8, 9, and 10 -- so people could show off their dunking skills. Or just stop down the dunking to shoot four jumpshots. Whichever. That was enough to let my kid leave on a positive note, and that's good enough for me, too. But seriously, if you go, expect a ton of people, and expect to wait.
Tags: