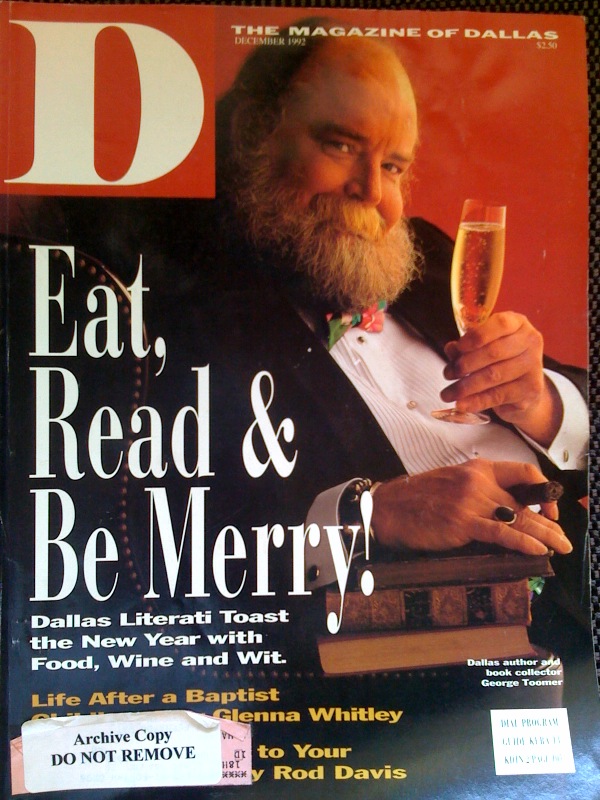 We’ve learned that the Dallas illustrator and bon vivant died over the weekend. He struggled with a host of maladies and died in his sleep. He not only appeared on our cover in December 1992 (shown here), but he filled the pages of D Magazine for many years with dining reviews, illustrations, and anything that required a certain wild-ass, subversive approach that only George Toomer could pull off. He’ll be missed.

I’m going to open comments so that those who knew him can say a few words, if they’re so inclined. At some point, his son George Jr. will likely enjoy reading them.

Dallas’ most important news stories of the week, delivered to your inbox each Sunday.
George Toomer
Advertisement