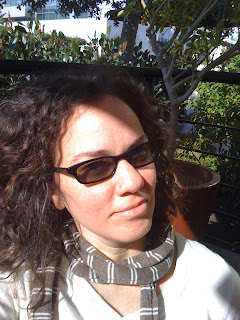 Imagine you’re a healthy, attractive woman with a fancy job. Tim Rogers tried to make out with you once back in high school. But besides that, everything is mostly going fine in your life. Then one day you wake up with a strange malady that twists your muscles — your whole body — in a knot and makes it impossible for you to get out of bed, much less take a walk or drive a car or do many other things you’ve taken for granted. That’s essentially what happened to my buddy Rogers Hartmann. She’s a Hockaday grad. Lives out in LA but still has strong ties to Dallas. Her dad is a lawyer at Haynes and Boone.

Rog learned several months ago that she has dystonia. On Tuesday, “dystonia” was the most-googled word on the internets. That’s because Rog was on Oprah (with Michael J. Fox) to raise awareness about the disorder. Tomorrow she’ll be on The Today Show to continue to spread the message. Thanks to many Botox injections, Rog has improved tremendously since her dystonia onset. You can get updates from her blog.

Keep on keeping on, Rog. We’ll be watching.

2 responses to “Rogers Hartmann Brings Dystonia to the Masses”