One Day Rod Dreher and Jim Schutze Will Break Bread, and I Will Feed Them the Bread, and It Will Be Good 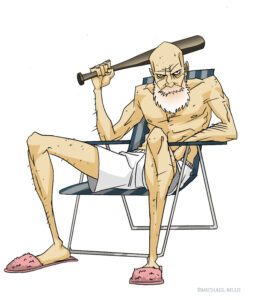 Two of my favorite people/writers/public antagonizers are Jim Schutze and Rod Dreher. For some reason, they always seem to be taking shots at each other. Maybe that’s because they’re both kind of insane loners, but at different ends of the nuthouse. I dunno. Each of them would have come up with a better analogy, though. I’m just glad when the chilly relationship thaws somewhat, as it seems to be doing today when Rod praises Jim’s book The Accommodation while discussing the hotel convention debate. (Both praises it and admits to not yet having read it, which is awesome, too.)