Enjoy unlimited access to all of our incredible journalism, in print and digital.
Subscribe Now
Advertisement
News Bites

News Bites: Pizza in Oak Cliff and a Bistro With an Old-School Feel in Park Cities

Welcome to SideDish’s weekly dispatch of need-to-know News Bites, from quiet closures to opening updates and everything in between.

The much-anticipated pizzeria at 829 West Davis Street opened its doors on November 30, reports Eater Dallas, offering nine different pies with a mix of classic and new flavor profiles. Take the Banh Mi Pizza, a pie made with flavors of the iconic Vietnamese sandwich (pickled carrots, lemongrass sausage, house cilantro aioli), which sold out during the first week of the pizzeria’s soft launch. (Okay, and every other pie offering sold out, too.)

Staying true to the saying that good pizza is only as good as its dough, Neony Pizza Works owner Alex Ham  makes his dough through a 72-hour process that involves cold fermentation to allow for a more intricate taste and easy digestion. 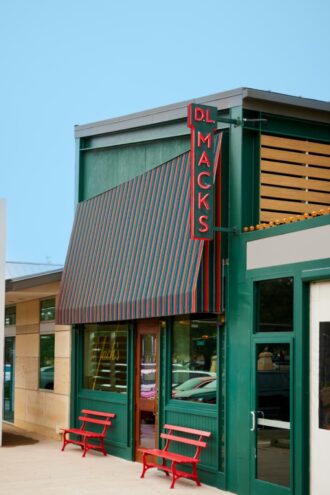 D.L. Mack’s menu looks like it’ll stick to bistro-type classics, such as a cheeseburger with ground brisket topped with cheddar and onion marmalade between two freshly baked poppy seed buns, or the steak frites au poivre, a 10-ounce  NY strip coated in peppercorns and a classic au poivre sauce inspired by a famous dish from Raoul’s in New York City.

After closing in 2013, Sfuzzi’s is being revived by Brandon Hays and Phil Schanbaum at 2401 Henderson Avenue, formerly home to the Capitol Pub. Once a hotspot for celebrities and locals alike, the popular modern Italian restaurant highlights included a frozen bellini, incredible pizzas, and flavorful pastas. The design will include both elements new and old: a wrap around patio, a U-shaped bar, and a massive wood-burning oven as its centerpiece.

According to CultureMap Dallas, the owners hope to stay as true to the original as possible while offering a few new offerings. “The plan is to draw as much inspiration as possible from the original menus – both food and bar,” Schanbaum says. The exact opening date is yet to be determined.

Pitmaster Doug Pickering is bringing back barbecue staples to fill an unmet demand after the closure of Peggy Sue BBQ in 2020 (but it’s not opening in the exact same location). Douglas Bar and Grille, which you can find at 6818 Snider Plaza, will be a departure from your typical barbecue joint setup, reports the Dallas Morning News.

Barbecue lovers can depend on those usual favorites—brisket, sausage, ribs—but Pickering isn’t afraid to add their own twists. “We don’t want to pigeonhole ourselves,” Pickering tells Eater Dallas. Instead, expect cozy banquet-style seating, a full bar, and a few unconventional dishes such as the honey-glazed salmon and wagyu beef frites. Keep an eye out for an opening date in February 2022.