Old Denton Road cuts through the west side of Carrollton, and along either side of the long stretch of pavement sit East Asian businesses, like Gen Korean Barbecue and Daiso. Further along there’s karaoke, bubble tea shops, Indian restaurants, and more K-barbecue. Eventually the street intersects with a strip mall that’s popular among the local South Asian community. Here is where you’ll find Al Markaz, a multicultural restaurant and market.

Lines form out the door every weekend at Al Markaz, which is known for its variety of South Asian groceries and Pakistani street food, from grilled chicken tikka legs and chicken karahi to curry-flavored Lays chips and mirch masala snacks. But since its founding in 1996, it has served more than grilled meat and fragrant curry. The Muslim community pours in from the nearby mosque. Young couples, too, go out on first dates here. Al Markaz grew into a gathering place for the South Asian diaspora in North Texas. Like the contents of its shelves, Al Markaz regulars are vast and varied. Due to the dining room’s shutdown since the first wave of COVID-19 in Dallas County, though, these customers have had to adapt to the loss of its vibrant atmosphere—to losing their communal hub.

This vibrance is due, in part, to its diversity. Registers are manned by people of various backgrounds like Sindhi Pakistanis and Gujarati Indians. On the left, a hallway leads to the dining room, where Burmese wait staff typically serves hot meals pre-pandemic. To the right is the grocery store, where popular products like mango juice and Pakola, a Pakistani cream soda, are stocked at the front while produce, spices, and savory snacks live on the shelves toward the back. There’s a window that often goes unnoticed until you leave, through it you can spy a Nepali man preparing paan—minty sweets wrapped in a leaf eaten as a breath freshener. 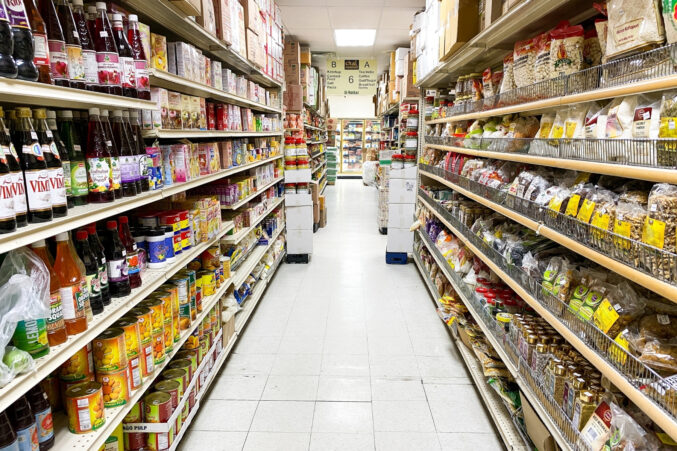 A look down a stocked Al Markaz aisle.
Ali Haider

The staff has grown and the dining room was renovated some years prior, but much else has remained the same since 1996. Al Markaz claims no website. It runs zero social media pages. Even the physical location itself is still the same size that it was two decades ago. Maybe its Al Markaz’s steadfastness that brings everyone comfort.

Some of the restaurant’s early success can be traced to its prominence in the Ismaili community, a sect of Islam whose place of worship is located just a mile away on Dickerson Parkway, though, in recent years other communities have caught on. One Al Markaz customer, who wished to remain unnamed, grew up in the Ismaili community in Dallas’ northern suburbs. “Dining at the restaurant was a vital part of the experience there,” she says. “It wasn’t just the experience with the food. My family and I often saw people we knew, and we went so often that we became familiar with the staff there, so it felt like a second home almost.” 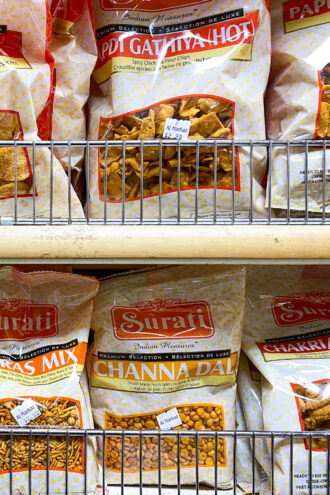 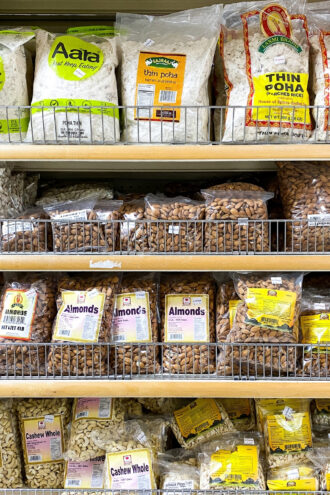 Lines form out the door every weekend at Al Markaz, which is known for its variety of South Asian groceries and Pakistani street food.
Ali Haider

The restaurant also serves pani puri, a crisp spherical flatbread filled with potatoes, chickpeas, onions, and tamarind sauce that deliver a roundhouse kick of spice. It’s equal parts snack and social activity popular among younger South Asians. In places like Karachi, Pakistan, people have competitions to see who can eat the most.

“I always felt closer to my friends after eating with them here because there was a certain amount of work we had to put in to eat their food,” another customer says. “Once the food came out, we would garnish it with all the vegetables they gave us.”

Groups order dishes for the whole table and ration them into separate plates family style. With dishes like chicken karahi, you squeeze lemon juice onto the chicken and curry, place an onion slice on it, then scoop it with a piece of naan and dip it in the raita before biting into this swirl of flavors.

This kind of shared plates dining is a defining appeal of Al Markaz. Yet it’s the exact reason that last March, managers whose top priority was the health of customers and staff decided to only serve takeout. It’s been well over a year now. While takeout sales have kept the restaurant afloat, it’s hard to overlook the loss of a once-bustling communal space.

An Al Markaz manager says they’re planning to reopen within the next few months as herd immunity becomes a more promising prospect. And when it does, it’ll likely be a much different dining experience than the one they were used to (less garnish sharing, for one). Perhaps what made Al Markaz essential wasn’t necessarily the communal dining aspect, but the familiar feeling of being in a flourishing community—and the promise that they will be again soon.