Volunteers at the Dallas Farmers Market on Tuesday night arranged water bottles and snacks on spaced-out picnic tables in front of a stage. Salsa music bounced through the open-air pavilion of the Dallas Farmers Market. The scene was rather still at 7:30 p.m. and only one of the five candidates running to represent this district had shown up on time.

They were all supposed to be here for the event, titled A Food Justice Conversation: What Side of the Table Are You On?, but only Jennifer Cortez was present. Another 30 minutes went by while organizers texted and called the rest of the city council hopefuls for District 2: Jesse Moreno, Dr. Sana Syed, Raha Assadi, and Michael Fetzer.

“We have confirmed candidates when we texted, emailed, sent messages through social media,” said a frustrated Danaë Gutiérrez, founder of Harvest Project Food Rescue (HPFR), one of the orgs behind the event. “So my question, and what I see is, is that the way they’re going to treat our community, too, that they’re not gonna end up showing up to these things?”

Perhaps that isn’t a fair question to candidates who were running late, but the frustration was palpable and it stems from a perspective that the city isn’t doing enough to meet the needs of residents who don’t have access to healthy food. HPFR has witnessed the consistent need for food in Dallas. The organization has, in the last year, provided over a million meals or vegetable boxes in Dallas by redirecting produce destined for the landfill—bruised bananas, bags of lettuce, overripe pineapple, onions, cucumbers, berries—and redistributing it to families in need. During the winter storms, when some food pantries weren’t able to open, they delivered water. As we reported back in February, small collectives like these make a big impact. Even GOODR, an Atlanta-based food recovery and distribution company has planned a pop-up grocery store at Fair Park this Saturday to help bridge the gap of food insecure families. These fast-moving initiatives are important because of how long it takes for things happen at City Hall. The City Council’s recent approval of $1.3 million for an El Rio Grande Latin Market to a part of Far East Dallas that desperately needs it was in the works since at least 2019. 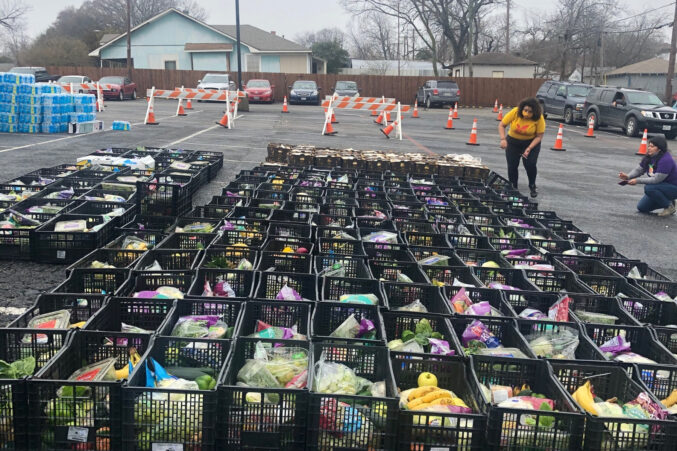 Around 8:45 p.m., Assadi and Syed arrived (schedules are understandably stacked at this final stretch of the race), and the talk began. It was an hour and a half after the planned start time. It was billed as a debate, but the question-and-answer format was more like a town hall. Three of the five D2 candidates (all of the women candidates) took turns discussing their stances on everything from food insecurity and justice to health and nutrition. (D2 candidate Jesse Moreno told me over the phone that he already had a prior engagement on the books when he was invited.)

Harvest Project Food Rescue (HPFR) founder Danaë Gutiérrez, a de facto representative of the other groups that make up the Food Justice Coalition (others include 4DWN Project, OC Veggie Project, F.A.R.M., and more), kicked off the discussion. “Food justice impacts us in so many ways, from the way we treat our planet and our soil, to the people that are harvesting our food…to the people that prepare food in the restaurants.” She asked the candidates how they would address food inequities across the district.

Syed is the executive vice president of community outreach and development for Nicholas Residential and the founder of a human rights nonprofit. She called for the city to partner with the private sector help shore up some of these issues.

“When we look at development within Dallas—what saved the city during COVID, it was construction—I think it’s imperative that we include some amount of policy that pushes our developers to look for solutions [and] to work with their nonprofits to find solutions,” she said, adding that she has worked with council members to raise awareness around attracting grocery chains.

“It’s fascinating how many grocery stores actually struggle and hesitate coming into the communities because it simply just does not provide that level of return for them. So being able to see that up close and see how challenging it has been for for representatives in our city to get that work done, it was honestly jarring,” said Syed.

“We hear about these food deserts and these lack of grocery stores, and how a lot of the time [grocers] don’t want to come or it’s too difficult or they don’t have the room—whatever the excuse may be,” said Assadi, a first-generation Iranian American and labor and employment attorney. “As a city council member, I would promote more priority in terms of having regulations that require grocery stores and access to produce in certain square mileage.”

Cortez recalls speaking with people who were melting snow to take their medications during the February freeze. She said she wanted more “collaborative work with nonprofits that are already doing the work on the ground, that know these communities.”

“It’s great to have ordinances,” she said, “it’s great to put policies and regulations in place, but if there’s no enforcement and there aren’t people that understand how to meet the community where they are at instead of where the city assumes they’re at, we’re not going to have progress.” (Cortez has ties to, and volunteered with, Harvest Project Food Rescue.)

Another way to address the lack of access to healthy produce might be creating local farmers markets. Baked into the Dallas Farmers Market public-private partnership was a clause that there couldn’t be another farmers market within a certain proximity. “So that’s a policy that I would look at: an opportunity to be able to do farmers markets that are more inside neighborhoods,” Moreno told me over the phone. “Under my leadership with the Dallas Park Board, we actually partnered with several organizations and offered local healthy fruits and vegetables inside our rec centers for people to come inside and purchase—bringing the the source to to the community.”

Moreno said he and his family have a garden and keep chickens that lay fresh eggs. Another approach, he said, would be to reassess city ordinances that deem front yard vegetable gardens illegal. But is that just working the edges? Would that really address the need of food assistance Dallas has seen this past year?

Hyiat El-Jundi, executive director of F.A.R.M. (Farmers Assisting Returning Military), runs one of the few and most centrally located urban farms in the city. El-Jundi said that community gardens don’t feed communities at the scale in which is necessary. She wants to see more commitment to building infrastructure so that vacant lots can be used for legitimate growing operations. 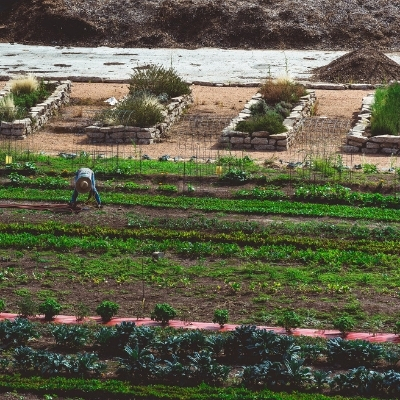 F.A.R.M. (Farmers Assisting Returning Military) is located in Deep Ellum where veterans can transition back into civilian life.
F.A.R.M.

“The reason that’s not happening is because the city does not prioritize this land for what you’re talking about. And this is not coming from me, this is coming from everything we’ve seen in recent history. This land is for development…. The city’s prioritizing development at the expense of nutrition,” said Assadi. “We need to have a city council member that’s willing to say [to developers], We need to reserve some of this land for certain things that the community needs.”

Not all wanted to demonize developers.

“Land in the city’s also being used for housing. We are dealing with an incredible housing shortage in our city and in our district,” Syed noted. “So I don’t know that all of it was always the ‘big bad developer.’ Now, with that said, I do think that there’s a lot of opportunity to do exactly what you’re talking about doing. And I do think that there’s momentum to do exactly that as well. And there’s some key players that I think the nonprofits who are part of the Food Justice Coalition could easily work with to make these a priority for Council.”

Moreno, too, talked about housing’s effect on food insecurity. “As our property taxes continued to go up, those individuals and families on fixed incomes have to make difficult decisions,” he told me on the phone. “And so if we can, you know, always champion and be a proponent of more equity. That’s something that’s at the epicenter of Dallas right now. We’re one of the wealthiest cities in the entire country, but we have that marginalized divide more than anyone else.”

While organizations like Harvest Project Food Rescue and F.A.R.M. have been working to reduce hunger in Dallas communities for years, food justice leaders and city council candidates alike recognize progress is overdue. Akin to a delayed town hall, how much longer can Dallas’ neediest wait for politicians to significantly close the food gap? The helpers on the ground will be around in the meantime.