Previously ice-slicked roads are thrumming with cars again. Snow has melted. Visible evidence of Texas’ weather emergency is now busted pipes, plumbing backlogs, and that bruise on your haunch you got from eating it on the sidewalk. So, for those who partake, National Margarita Day couldn’t have come at a better time. Besides, Dallasites prefer to salt glass rims, not driveways.

Here’s where to drink up good, tangy, salty margarita deals on February 22.

Blue Cenote
Normally ten bucks, today margs are $2.22 (we see what you did there).

The Rustic
There’s a lot going on here today. First off, there’s the Hot Chicken & Cheese Challenge in support of Genesis Women’s Shelter, which sustained extensive damage during last week’s storms. For every hot chicken and cheese sandwich purchased to feed a family in need, The Rustic will match with another. Donate a sandwich. As for margs, they have ’em—the Rustic Rita, some with a spicy kick.

Fuzzy’s Taco Shop
House FuzzyRitas are $3 today, available both on the rocks and frozen. To glug margs in private, get Fuzzy’s margaritas for takeout by the gallon (no judgment here). 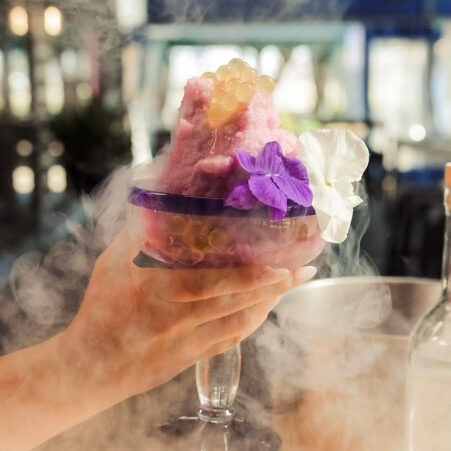 The Flora Liquid Nitrogen Margarita with Socorro tequila. Get it at Beto & Son.
Adriana Herrera

Beto & Son
The Trinity Groves spot has teamed up with Socorro tequila, founded by two Dallasites, for the Flora Liquid Nitrogen Margarita.

On the Border
Premium marg on the rocks for $5.

Rusty Taco
Its “MOST POTENT” margarita is $5 today.

Snuffer’s
$3 house margaritas, frozen or rocks, all day long. (All locations except for Greenville due to the water boil order still in place.) 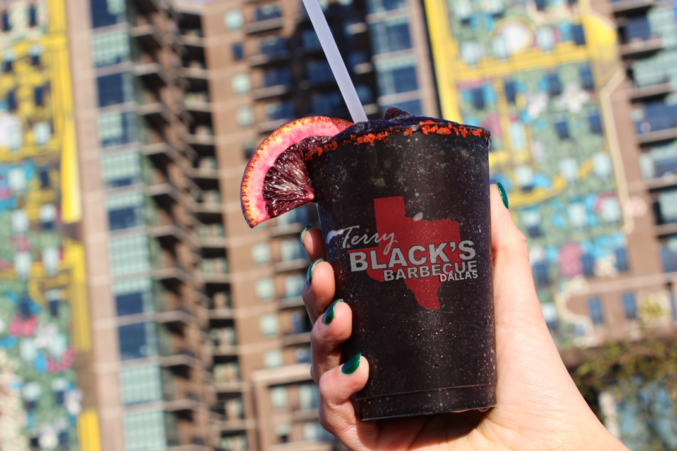 Terry Black’s Barbecue
Quaff any of the restaurant’s margaritas for $3, but the special drink du jour is, for the second year in a row, the Black Margarita. It’s crafted from a “mystery mixture” made with blood oranges. Slightly ominous, but entirely edible.

Uncle Julio’s
Get $5 frozen margaritas and $5 frozen swirls to slurp up at home. The grapefruit margarita is the star on National Margarita Day: freshly squeezed grapefruit and limes, paired with 100 percent agave Lunazul Tequila and St-Germain elderflower liqueur for a subtle floral hint.

Fork and Fire
This restaurant at The Boardwalk is slinging tequila tini, a twist on the margarita with mesquite-smoked orange juice, lime, and a splash of agave. It’s $10, so less of a deal and more of an interesting drink.

Fish City Grill and Half Shells
Both restaurants will share a lineup of margaritas today: frozen gold ($5), prickly pear ($6), jalapeño-infused orange liqueur with Blanco tequila ($6.50), and Patrón silver and citrónge ($8.50).