It may have been Post Malone’s Grapevine roots that grew him into the musician he is today, but it was a recent trip to the grapevines of Provence that’s now giving roots to his next venture. This summer Post Malone is releasing his first French rosé, called Maison No. 9 after his favorite tarot card, the Nine of Swords.

The rosé, which is slated for a release in mid-June, as Posty might put it, has already “got ’em sayin’ ‘wow.'”

It was a shared love of wine, and a last-minute trip to a vineyard in Provence, that turned our beloved Posty Fest creator and his friends James Morrissey and Dre London into the latest class of winemakers (joining fellow celebrity rosé winemakers Bon Jovi, John Malkovich, John Legend, and Kyle MacLachlan). The trio hatched the idea over dinner in Los Angeles, and flew to Provence a few days later, returning as often as possible between Post’s sold-out tour dates to work with 15 gold medalist winemaker Alexis Cornu. They experimented with more than fifty blends before landing on the winning blend of predominantly grenache noir, with cinsault, syrah, and merlot grapes.

“Rosé is for when you want to get a little fancy,” Post Malone said in the announcement. “It’s a nice switch up and I have been thinking about doing my own wine for a while. Maison No. 9 goes down smooth, and you’re all going to love it!” 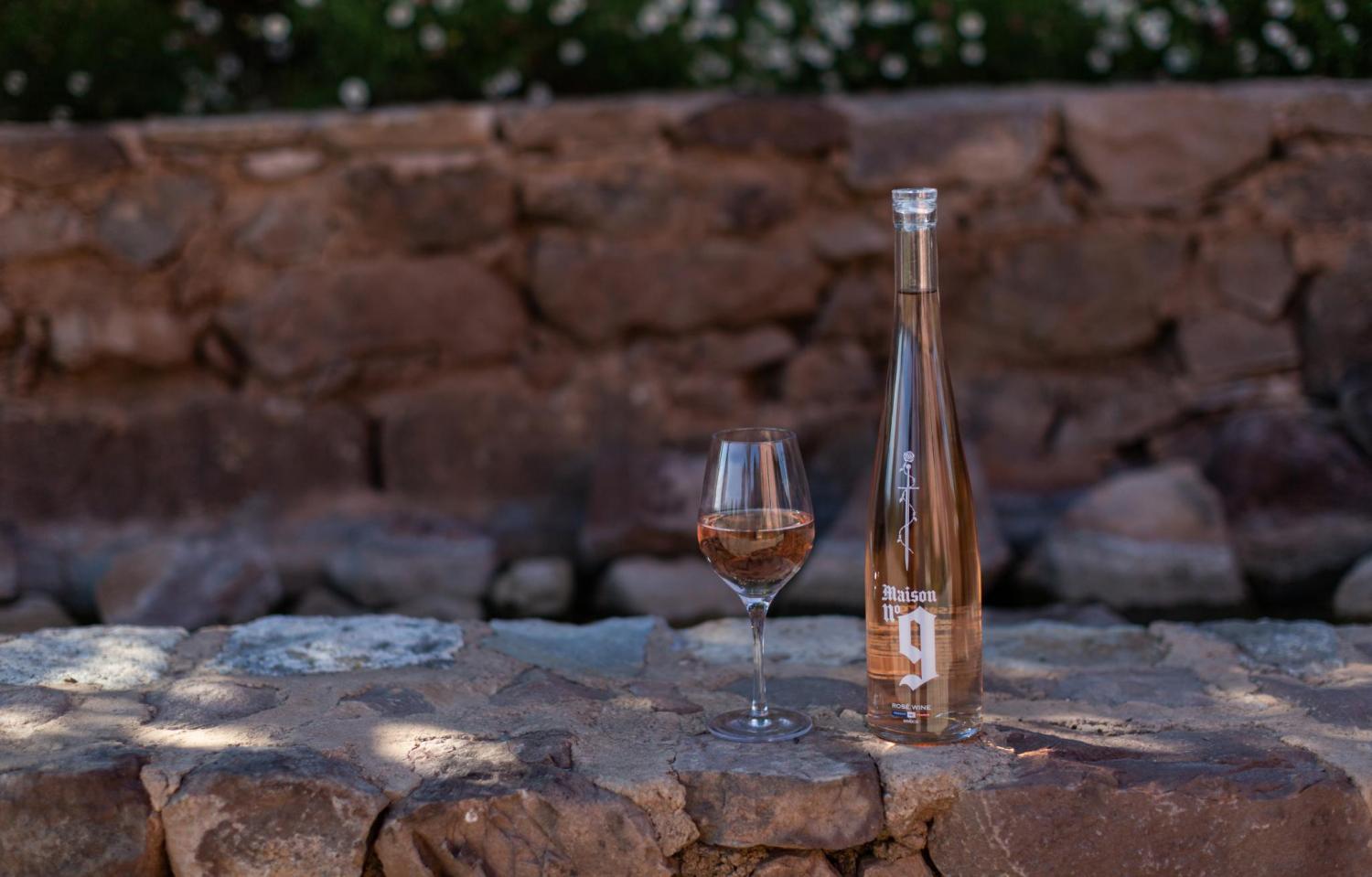 A bottle of Maison No. 9. Photography by Greg Reego
Greg Reego

Maison No. 9 is a 2019 Méditerranée IGP and is already buzzing among the top wine experts for its authentically pale Provençal pink color and clean, dry, crisp finish with a well-balanced texture, but its Post’s unique bottle design that immediately drew attention. The bottle is sleek and slender, with an elongated neck that allows for holding the bottle in one hand and a glass in the other … in true Post Malone-style. The rapper even designed a sustainable and reusable solid glass custom closure, taking inspiration from a medieval castle nearby the vineyard for the bottle’s “battlements.”

The wine has yet to be released, but according to the announcement, Maison No. 9 will feature “intense and inviting aromas of freshly picked fruit, such as ripe pineapple, pear and strawberry, meet hints of sweet French desserts once uncorked…perfect for drinking on its own or with a variety of dishes.”

Maison No. 9 will come in three sizes, standard 750 mL bottle just under $22, a magnum bottle at around $45, and double magnum for about $90. Preorder your bottles now or find them in stores mid-June.

Kristy Alpert is a freelance travel journalist with bylines in Cosmopolitan, Food & Wine, Men’s Health, Esquire, Fodor’s Travel, and more. Kristy has traveled to 84 countries on seven continents, but her biggest adventure has been her recent journey into the world of parenting. Follow her on Instagram @kristyalpert.

Check Out Wine and Chocolate With Dude, Sweet Chocolate at Urbano Café