In March, Jacqueline Gottuso and Aidan Dewar began to feel “helpless.” Like so many of us who watched restaurants have to close their doors and healthcare workers on the front line, they felt compelled to do something about it.

So Gottuso, 23, and Dewar, 24, two business analysts based in Dallas, cofounded the nonprofit Feed the Front Line, which partners with small, locally owned restaurants to deliver meals to the doctors and nurses working to save lives.

“The best way to help [restaurants] is by keeping them in business,” says Dewar. “It aligns naturally to deliver food to front line workers who are actually putting their lives at risk for us.”

Neither have backgrounds in nonprofit work, but say they “learned on the fly.” The cofounders, along with a small team of others, began serving meals on March 24 after support from friends and family and an early jump on donations cam through. 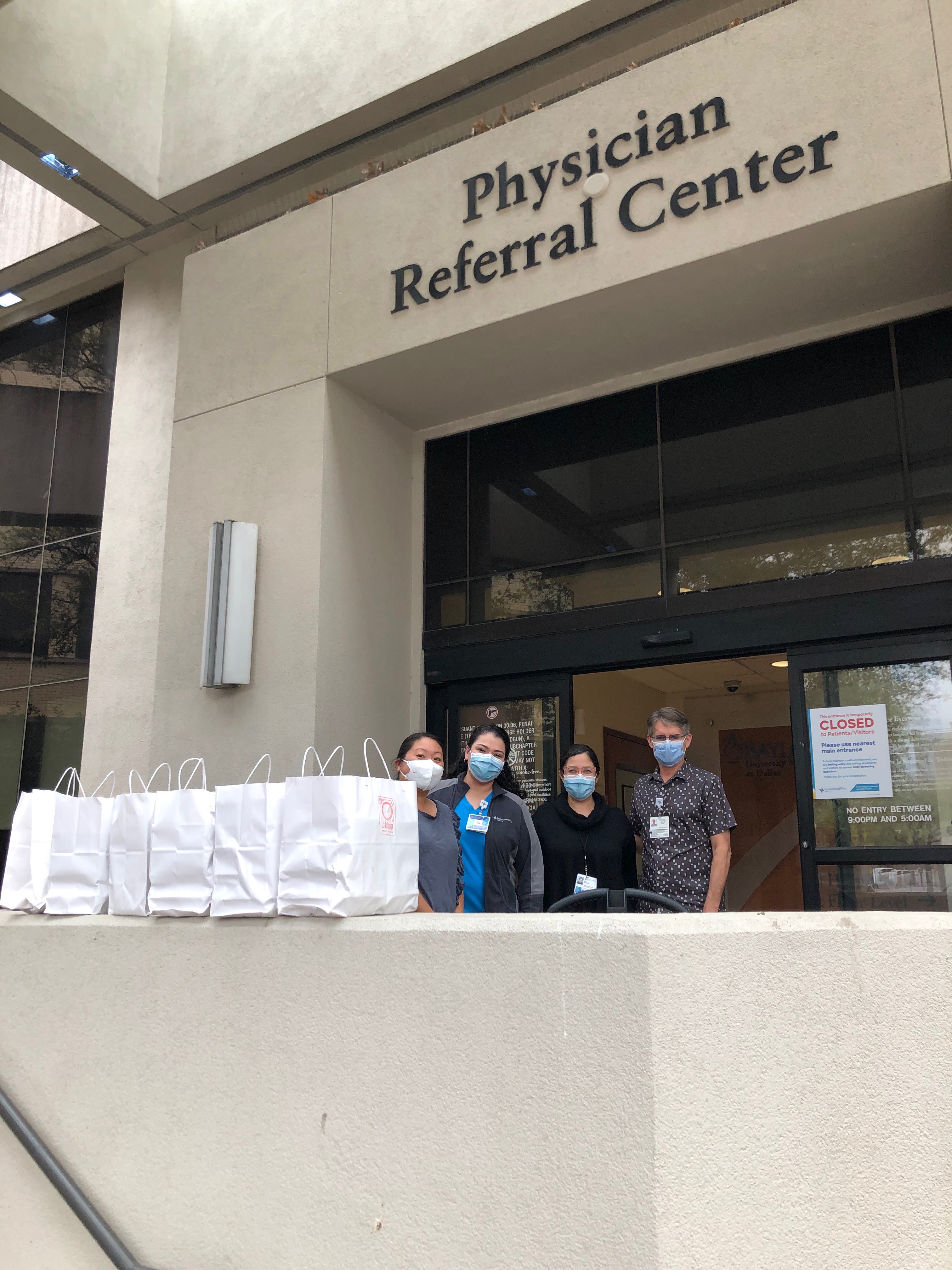 “A few of us have front line health care worker friends or family,” says Gottuso, who adds that she’s “been a hostess in a restaurant before.” This hits close to home. But of course this affects so many people all over the country.

While Feed the Front Line has roots in both Dallas and Houston (where Gottuso and Dewar’s offices for their day jobs are located), it quickly expanded into Forth Worth, Plano, and Allen. “We’ve now expanded to Charlotte, Nashville, [with] Atlanta and Chicago on the horizon,” says Gottuso. “We had so many other friends and colleagues say, ‘This is an amazing initiative and we’d love to support our communities this way.'”

“It’s been cool to see the way young people decided to start up a similar initiative,” she says.

They’ve got a young, scrappy team of about 20 working in Dallas and Houston—even Dewar’s 17-year-old sisters are hard at work—and say that around eight people per city run Feed the Front Line efforts.