D Magazine‘s restaurant critic Eve Hill-Agnus has chronicled some of the most riveting tales in Dallas’ food world. And perhaps these days you’re finding yourself with a little more free time, or at least a need to be distracted with delicious stories. So with this in mind, we’ve rounded up six articles to sate you during your self-isolation. (Because let’s be honest, you’re not phoning your friends as much as you thought you would.) 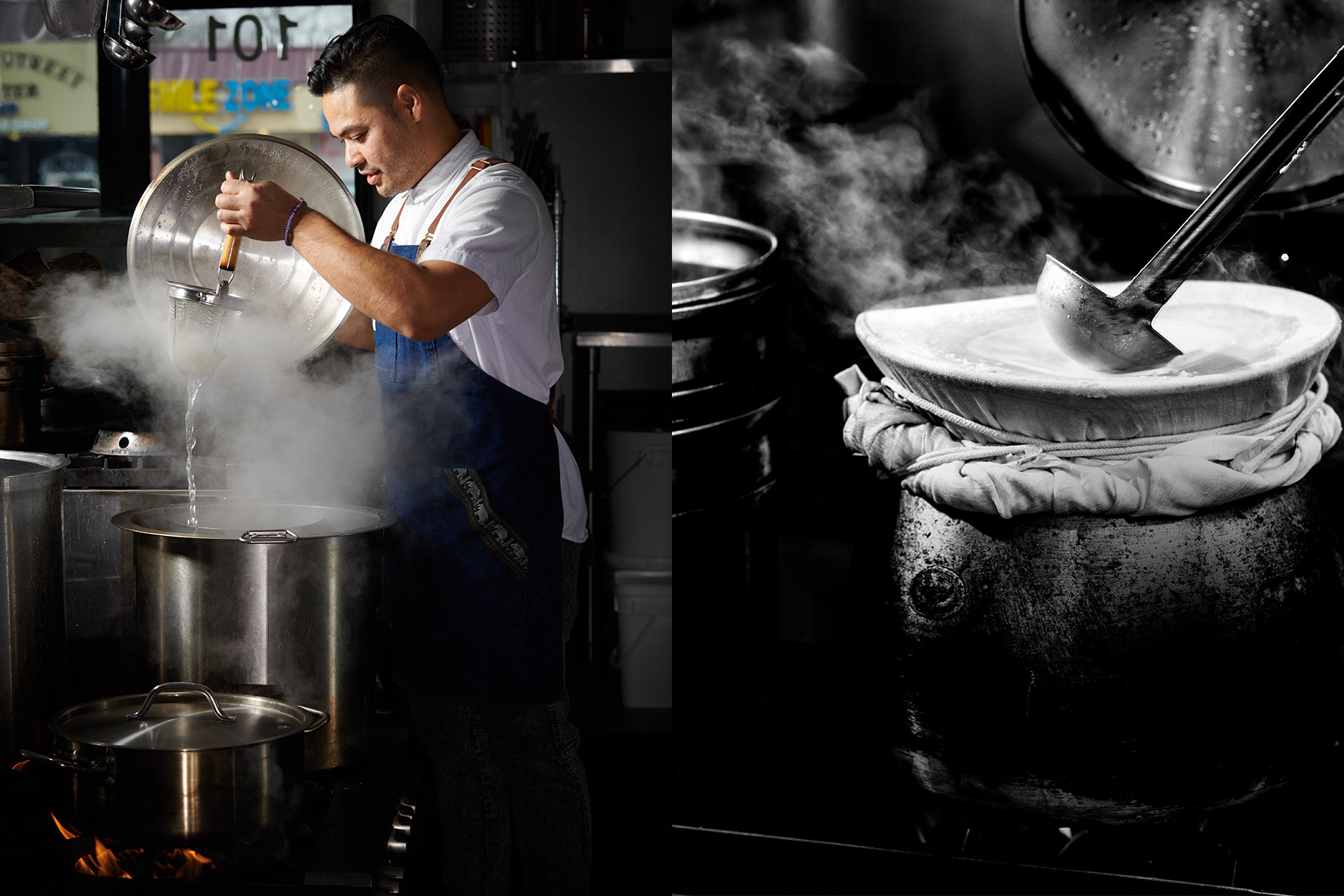 Funk soul brother:
Sirisavath stands over a steaming pot in his kitchen at Khao Noodle Shop. To get the right consistency for his fresh noodles, he ladles the rice batter onto a cloth pulled taut over a pot of boiling water.
Elizabeth Lavin

The Impossible Quest for the Rice Noodle

Quite unexpectedly, Khao Noodle Shop’s Donny Sirisavath had found himself in East Dallas trying to summon his mother’s memory with a taste of Laos. It’s a similar tale to so many second- and third-generation sons and daughters: You grow up eating the food of your parents’ and elders’; in lieu of a career in law or medicine, cooking food beckons; a modern cuisine is born from diaspora. Expect this and more in Hill-Agnus’ storytelling. 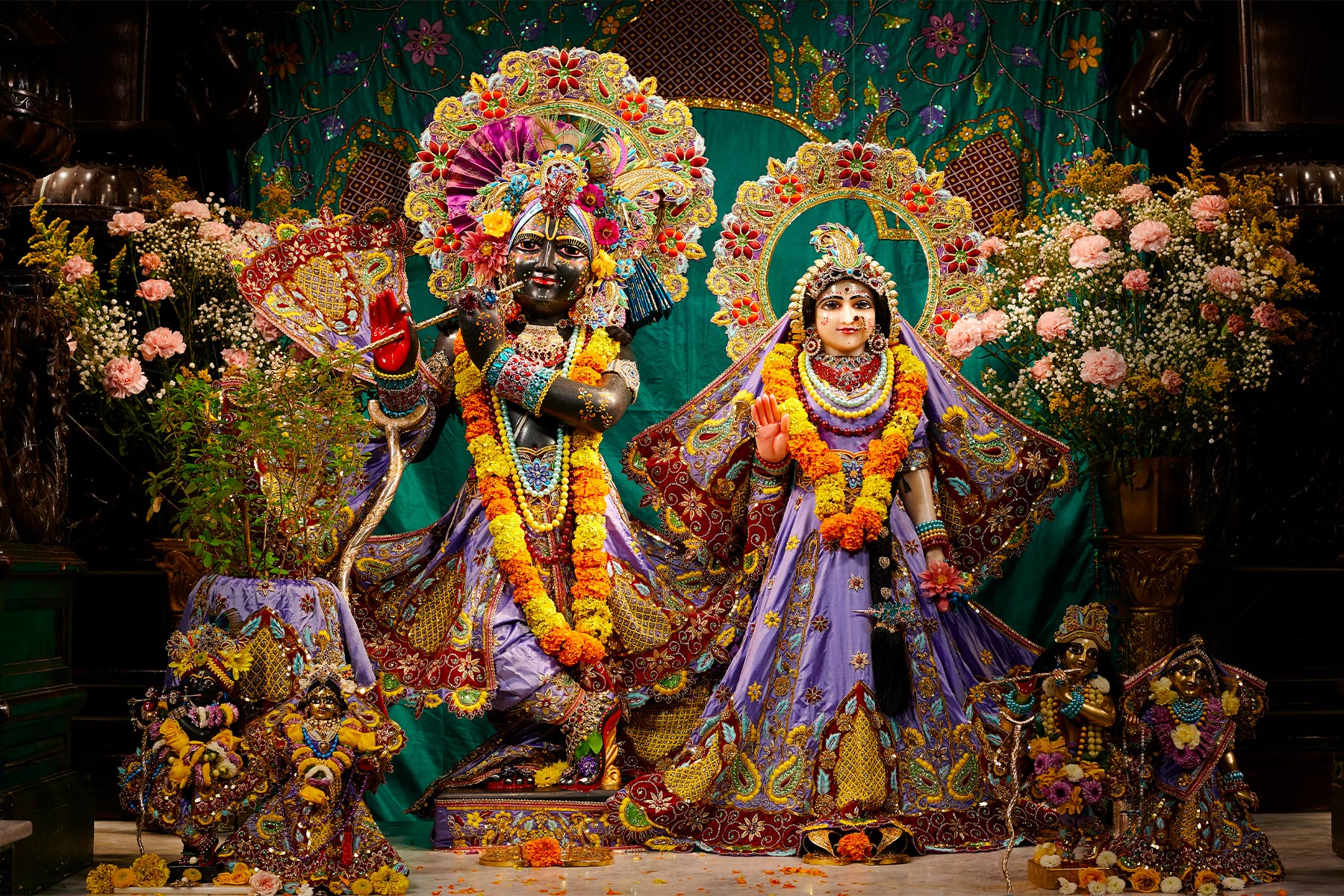 Altar State: Statues of Krishna and his female counterpart, Radharani, are the focus of Hare Krishna worship and recipients of a stunning and sumptuous set of rituals that devotees undertake every day, seeking the spiritual plane.
Jonathan Zizzo

The Wild Pursuit of Bliss Inside East Dallas’ Kalachandji’s Temple

Many know the Radha Kalachandji Hare Krishna temple for the fire it survived in 2012 or, more likely, for its buffet-style Indian restaurant. The latter is the most visited vegetarian enclave in town. But Kalachandji’s has treasures that go far beyond dal and papadam. 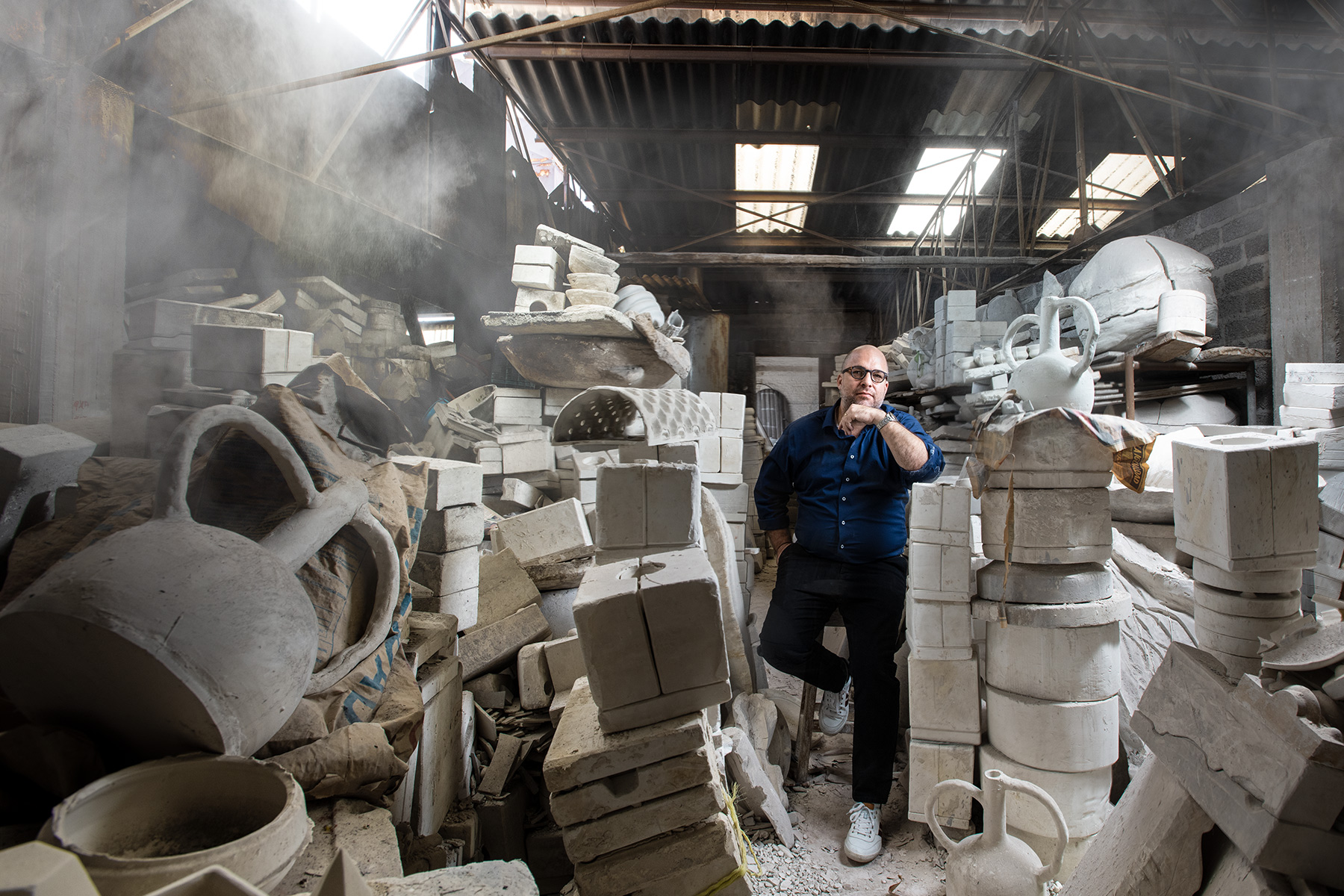 Dust Up: The original Cerámica Suro factory, which holds remnants of every project made, is in the Tlaquepaque neighborhood of Guadalajara. José Noé Suro’s father established the business in the 1950s.
Elizabeth Lavin

The Mexican Ceramic Factory Reshaping Dallas, One Tile At a Time

The influence of José Noé Suro, the Guadalajara-based tile manufacturer and international art world impresario, is everywhere in Dallas. And once his presence has been revealed, once you know where to look, you may wonder how Suro ever escaped your notice. 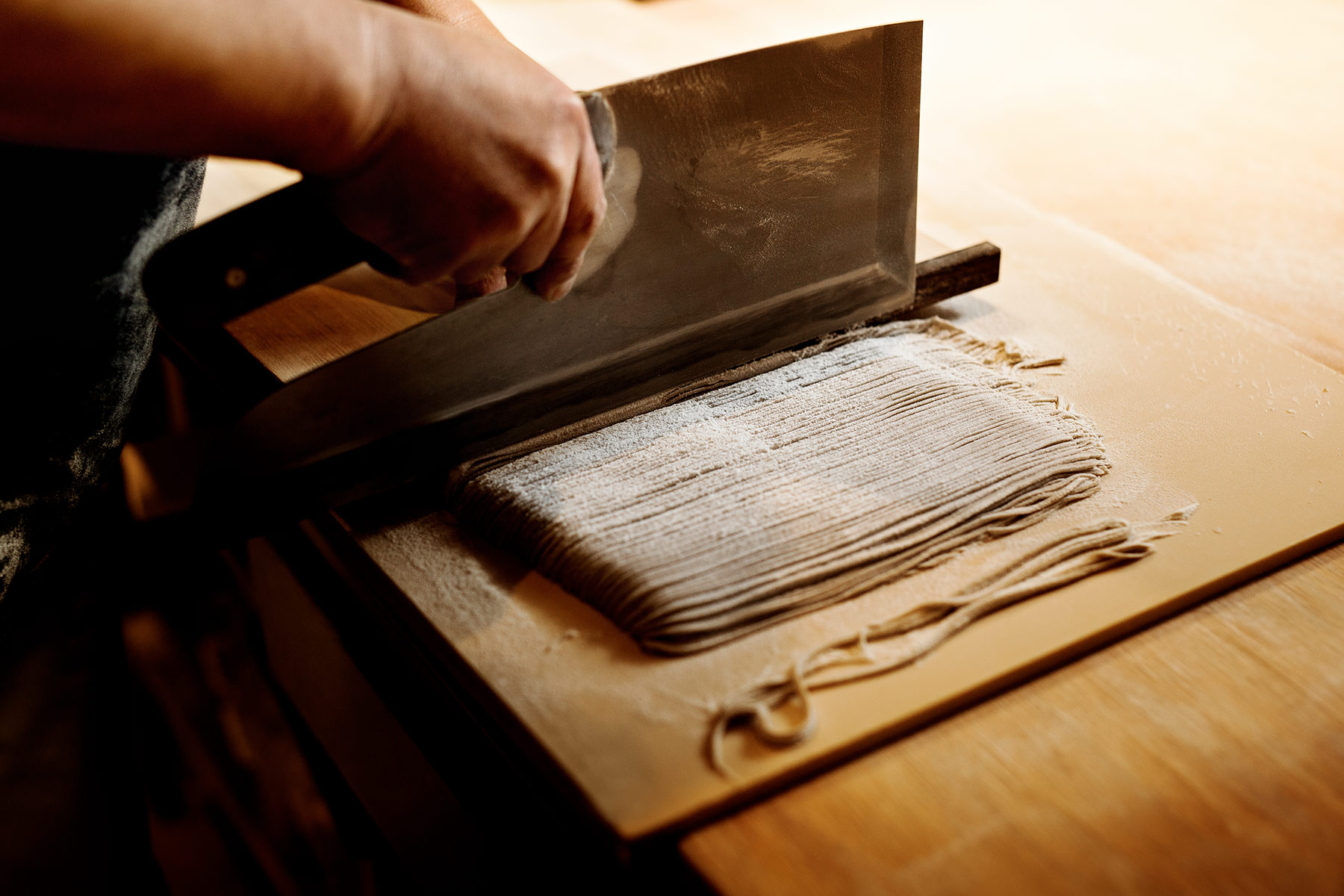 In Tei-An, one of the best Japanese restaurants in Dallas, Teiichi Sakurai makes a noodle that is as much meditation as it is food. Fold yourself into a blanket and then into this story, where the art of making buckwheat noodles is a lifelong pursuit. 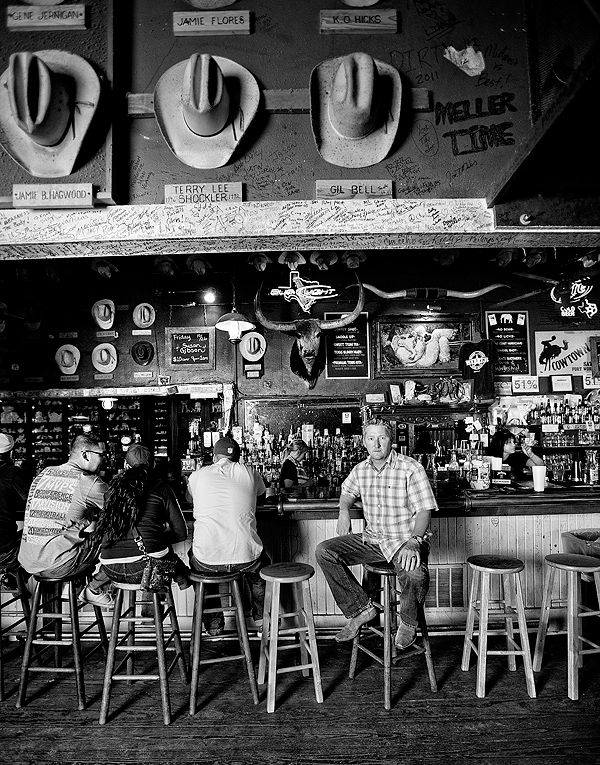 Love at his White Elephant Saloon in the Fort Worth Stockyards.
photography by Elizabeth Lavin

Tim Love’s “urban cowboy” cuisine aims for the boldness of unfussy food, well executed. Before he opened his handful of restaurants in Fort Worth, before he got big, communing with fire and a hunk of meat was a primal urge. The story of this chef’s roots taps into something deep, like a hunger for the Western frontier. After all, everyone wants to be a pioneer at heart. 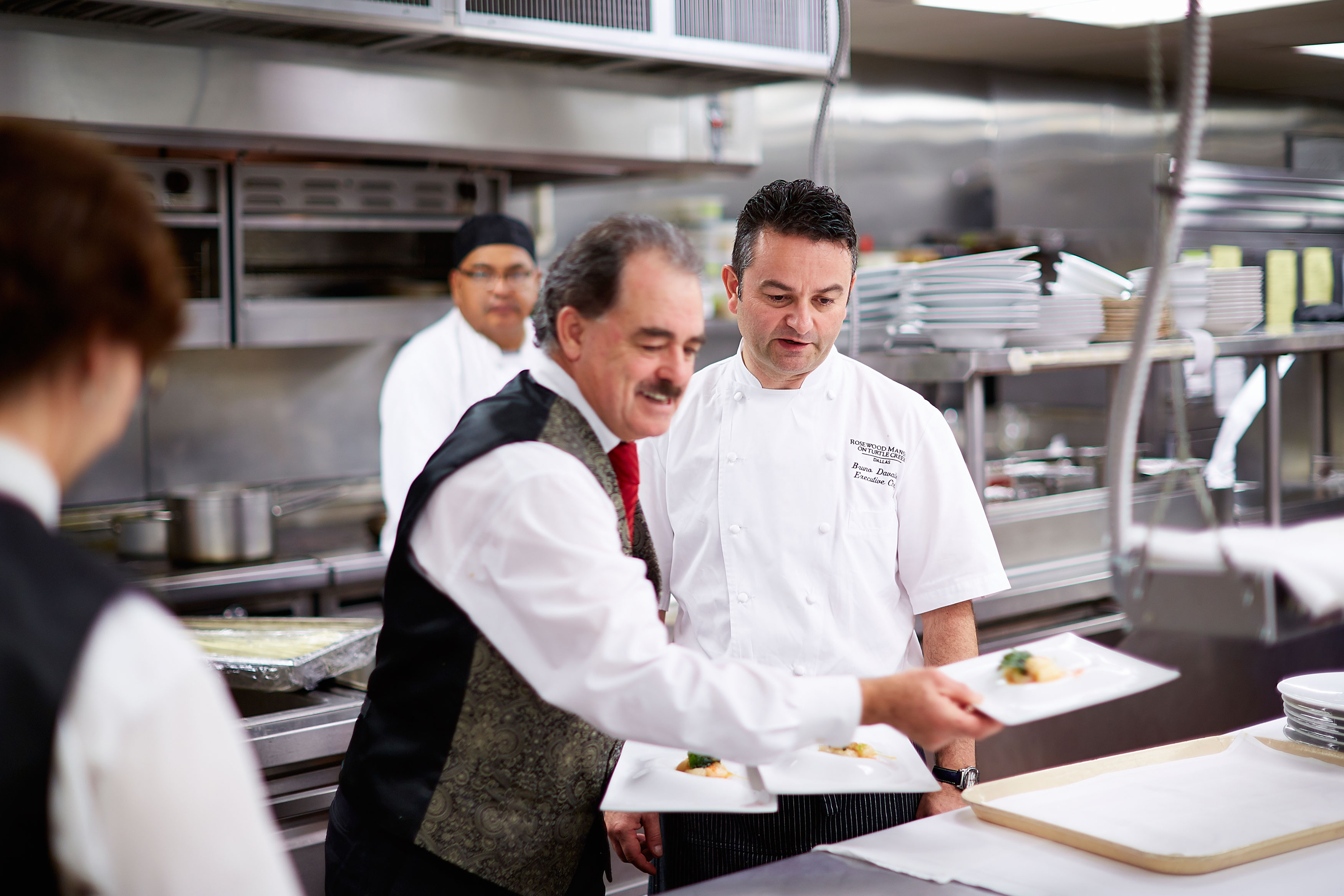 MAN OF THE MANSION: Bruno Davaillon (right)
prepares for service by prepping dishes and consulting his notebook.

The Top Chef Who Prefers to Stay in the Kitchen

Bruno Davaillon, our city’s only Michelin-starred chef, was always a mystery—a Frenchman who remained tight-lipped. From the time he took over the Rosewood Mansion on Turtle Creek, his kitchen was the one every chef wanted to be in, getting closer to his French technique, his discipline, his rillettes. Here’s why we make such a big deal of him in Dallas. And why it was such a big deal when he left Bullion.