Yesterday, news came that while he is not exiting the building, Bruno Davaillon is leaving his position as executive chef at Bullion to become creative advisor. And now, four months into our tenure as bearer of the title Bon Appetit Restaurant City of the Year, we have no Michelin-star-earning chefs heading a kitchen on a daily basis in Dallas.

It’s an interesting predicament. It begs the question: What happens when a chef of Davaillon’s caliber leaves a chef-size hole where he once occupied his indefatigable position at the pass?

Perhaps another bistro or brasserie or smaller cafe that plays into another passion or interest is in the works. “I don’t have much more to [say] at the moment,” Davaillon wrote to me in a text that showed how fledgling plans may be.

The Bullion staff, I’m told, was informed after last Saturday’s service. The shift would be effective immediately. Chef would go on vacation. (“He was at the pass every day; I’d never known him to take a vacation—and then only in the past year, he started taking maybe a Tuesday off,” a cook told me.) Heretofore, he had been, by all accounts, a “huge presence” in the kitchen.

In 2017, after helming the Rosewood Mansion on Turtle Creek for seven years and then taking a one-year break, Davaillon opened Bullion. I named it Best New Restaurant in 2018. It was his his dream of a modern French brasserie, modeled like a bar of gold, with a wine list from the Loire Valley and an interior like a decorator’s wishlist.  It served the food of his region, his home town, his home valley, the Loire Valley. Since then, it has been a place where Davaillon’s cooking and Ricardo Sanchez’s desserts went hand in hand. (Bullion’s PR team confirms that Sanchez will continue in his role leading the pastry team and developing desserts.) 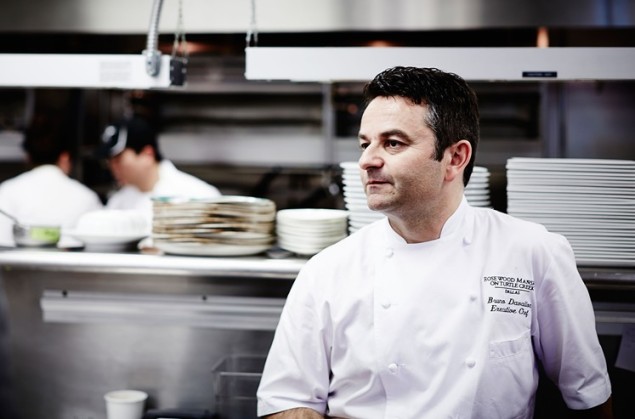 Bruno Davaillion prefers to stay in the kitchen. (Photography by Kevin Marple)

Recently, Davaillon’s finesse was on display in the first Michelin on the Road dinner to be held in Texas, which featured Michael Cimarusti of Providence in Los Angeles. Last February, Davaillon was named “Prince of Pork” at the Cochon555 competition, with a volley of bites that included stuffed pig’s trotters with morels and hazelnuts, pork broth chestnut soup served with rillettes, choucroute fumée (smoked hock and sauerkraut with foie gras cream), and a savory-sweet tarte boudin noir (pork blood tart with apple-mustard jelly).

It seems his creative energy remains. Still, he is stepping aside from the daily pass. And so the predicament. Davaillon has mentored many. I wrote about his mentorship and creative process six years ago, in early 2014, when he was still at the Mansion. “The Top Chef Who Prefers to Stay in the Kitchen,” we titled the piece:

“In the farthest, dimly lit corner, next to a bubbling stock cauldron, executive chef Bruno Davaillon stoops over a waist-high mixer, scrutinizing as a paddle whips pork shreds and pork fat. He stops it periodically to add braising liquid [to the] rillettes he’s making—traditional French charcuterie from his region of Touraine. While people worry over square plates in the other room, I stand with him and watch the mixer paddle whirl. ‘Where did you learn to do this?’ I ask in French. ‘Mon père,’ he says—his father.”

When it came to the crop of new talent in Dallas, paths seemed to converge at the Mansion and this chef of top culinary distinction. That is still true. “If Bruno called me tomorrow, I might go flying back,” one chef told me at the time, poised to open a restaurant. “He’s the real deal.” He’d had the Mansion hire a butcher to make sure blood sausage, rabbit terrine, chicken-liver mousse, foie-gras torchon, duck prosciutto were in-house. His kitchen structure mimics, no doubt more closely than any other in town, the classic French brigade format.

It’s interesting to talk with those who have been learning at his sides and apron strings more recently, at Bullion. Creativity has always been a muse. Clean, focused cooking, too. To those who admire him, he is a master, a source of savoir faire and tradition.

Will Salisbury, now on hiatus from cooking but formerly heavily involved with Davaillon on recipe and menu development, is one of those. When he began making pâté en croûte at Bullion, he leaned on Davaillon’s expertise to execute the involved form of charcuterie encased in pastry dough. When he wanted to work with colored dough and intricate cut-outs, he turned to Davaillon. “He had a very clear vision of what he wanted, and it wasn’t just the food,” Salisbury says. “It went from where the food was sourced to how it was presented, to the table, to the front of house. He wasn’t just in the kitchen.” 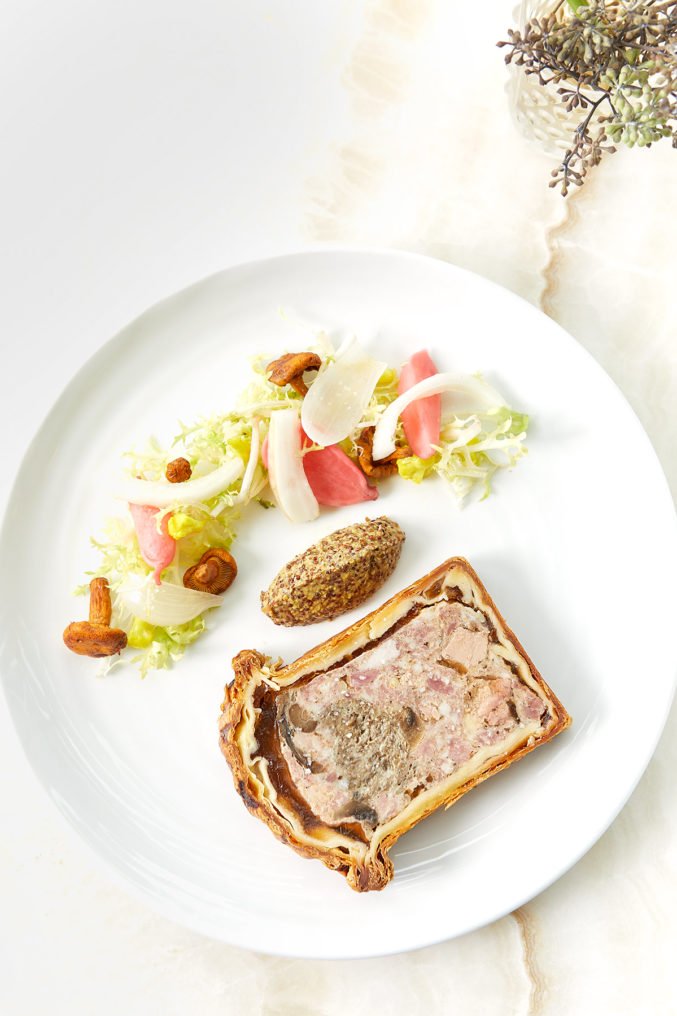 Others I’ve spoken with describe Davaillon as a “big-picture” thinker, someone who can nail something intensely technical after letting the skill lie dormant; who would patiently invest time, teaching and mentoring, for cooks hungry for knowledge; who would teach how to break down a liver for foie gras torchon. “The discipline he instilled, just having him around,” one cook told me. “Everyone wanted to be their best around him.”

So, what happens when a chef like that no longer offers the tactile, personal, one-on-one experience: “Here, taste this…”? Where are our bright stars of talent? How close are they to the younger generation of cooks? Are they out starting up new ventures, opening new restaurants? Perhaps so. I think these are questions that are relevant for a city that’s coming into its own as a culinary city. Meanwhile, a press release states, “Jason Cotton, vice president of hospitality for Labora Group, will take over in that role.”

Got it. Right. Totally the same. Glad to know.

Michelin Will Host a Dinner at Bullion, the First Time Ever in Texas

Where to Shop to Stock Your Kitchen