A block down from the office, on Ross, 400 Gradi was abuzz during the Friday lunch hour. Tables were filled with button-downs and dresses, and servers scurried to keep up with the crowds, eager to try the newest Neapolitan pizza in town on their lunch breaks. The space was modern, with brass accents and greenery draped on columns. I was hungry. Really hungry.

After waiting a few minutes, we were seated at a spacious booth near the windows. At dinner, I would have eagerly requested a glass of wine, but this was lunch and I needed to march back to my desk afterward. So no alcohol. More room for carbs.

I knew that the restaurant, originally from the famed Johnny Di Francesco in Melbourne, was beloved in its native Australia and had been hyped up here, its first U.S. location. I had heard that certain ingredients are transported from Italy and that the chef even cooks with water of a specific pH balance to match that of Naples. I consider myself a pizza aficionado—ask anyone who knows me—and have been to Italy four times, the most recent of which was only a few months ago. So I’ve eaten some dang good Neapolitan pizza in my life. I was ready to be wowed. 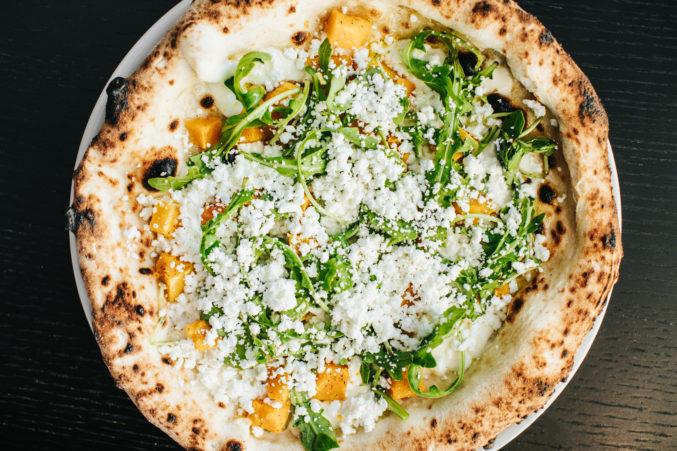 The menu proclaimed a large selection of antipasti, pasta, and pizzas, plus a few secondi dishes and sides. We ordered everything at once (again, I was hungry), but wanted to start with the meatballs, which came with lots of sauce and Parmesan and chargrilled bread, as well as the salumi board with cured meats and cheeses. I enjoyed the flavorful meatballs more than the board, which could have used a little more variety. The other problem was that, due to a backlog in the kitchen, everything was delivered at once, leaving our table cramped and the other items to get cold. But we danced around from plate to plate and managed to sample still-warm pizza and pasta. And, to be fair, the place had been open for less than a week.

The two pizzas we ordered were the Capricciosa, with San Marzano tomatos, fior di latte, artichokes, olives, prosciutto cotto, and mushrooms, and the Suprema, topped with fior di latte, pumpkin, arugula, pine nuts, and goat cheese. The outer crust on both had nice chewy textures and spots of char, but both middle areas were rather soggy and made it hard to keep toppings afloat. The combination of ingredients in the Suprema was delicious and held up better than the former, which needed more flavor despite the abundance of toppings. Acceptable, sure. More than that? Maybe not. 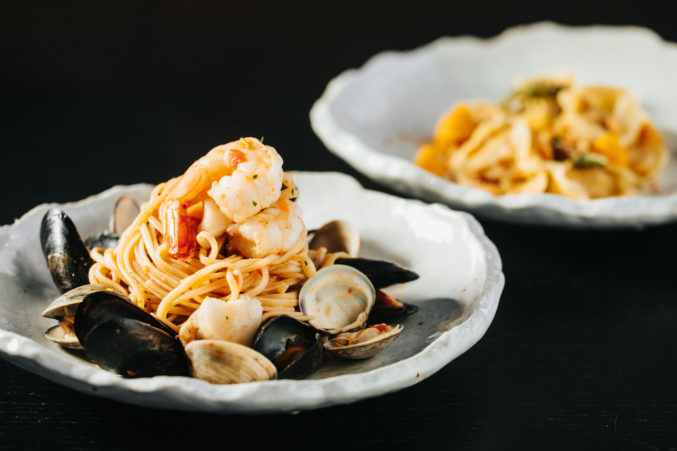 Oddly enough, the best thing we tried was the pasta. Pappardelle al Funghi, made with different mushrooms and shaved truffle, had well-cooked noodles and just the right amount of truffle flavor. I couldn’t put my fork down.

That may turn out to be the case for the pizza on another day, at another lunch, in a later month. I’m still waiting to be wowed.