The patty is cooked medium well. The surface is slightly charred with a soft-pink inner. Melted cheddar cheese cascades down the perimeter of the meat. The burger is stacked with a pile of shredded lettuce, generously sliced beefsteak tomatoes, tangy pickles, and onions. The mound is squished between a spongy bun that’s smeared with mayonnaise and mustard. After one bite, you may not notice the soy. Another mouthful may leave you privy to the fact that this burger is devoid of animal flesh. Maybe you lick the fat off your grease-coated index fingers and pat your belly and say: damn, that was a mighty fine burger—unaware of the fact that you didn’t gobble up a single cow.

I mean, there’s a 98.8 percent chance that you’d know what you ordered at a restaurant. But for the sake of this post, let’s say your friend stuck you in the passenger seat of his Nissan sedan and blindfolded you. Let’s say this same friend carefully guided you to a barstool at Rodeo Goat and then slid an Impossible Burger into your hands. Let’s say your palate couldn’t detect the difference.

This is the purpose of the Impossible Burger. It was designed to mimic flesh. It sizzles. It tastes like iron. It even bleeds—kind of. 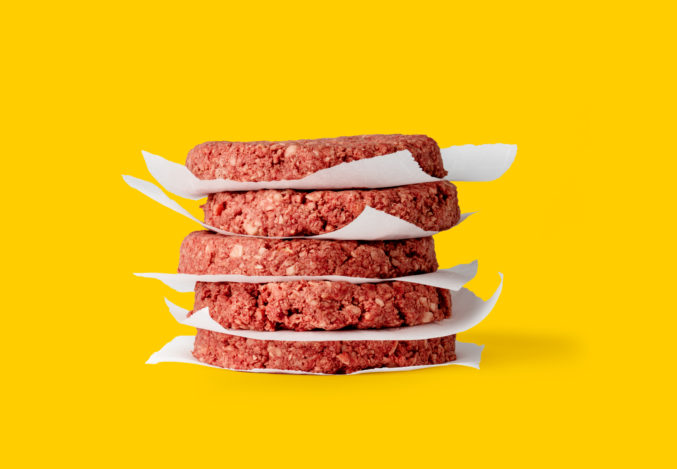 The burger I just described is the D.C.C. Cheeseburger from Rodeo Goat, except instead of a hunk of grass-fed ground beef, the centerpiece is an Impossible patty. It’s one of the best Impossible Burgers in Dallas. But before we get into that, let’s talk about Impossible Foods.

The company was founded in Redwood City, California in 2011 by Patrick O. Brown, who is also co-founder of Lyrical Foods, Inc. Brown is a former Howard Hughes Medical Investigator, the inventor of the DNA microarray, and, according to his bio, a “proud grandfather.”  You can read more about him here.

Impossible Foods’ mission is to create plant-based meat, dairy, and fish in order to “make the global food system truly sustainable by eliminating the need to make food from animals.”

Now, before you raise an eyebrow and start humming the tune to Wax’s “Do You Wanna Dance?” (I apologize if you don’t understand this incredibly niche reference), take into consideration that according to the Food and Agriculture Organization of the Unites Nations, animal agriculture is responsible for 14.5 percent of greenhouse gas emissions. Also, according to this story on Grub Street (which is worth reading if you’re a two-sides-to-every-coin kind of person) Impossible Burgers require 95 percent less land and 74 percent less water to produce than traditional beef burgers.

It could be a good thing to start taking sustainability into consideration. I mean, Gen Z certainly thinks so. 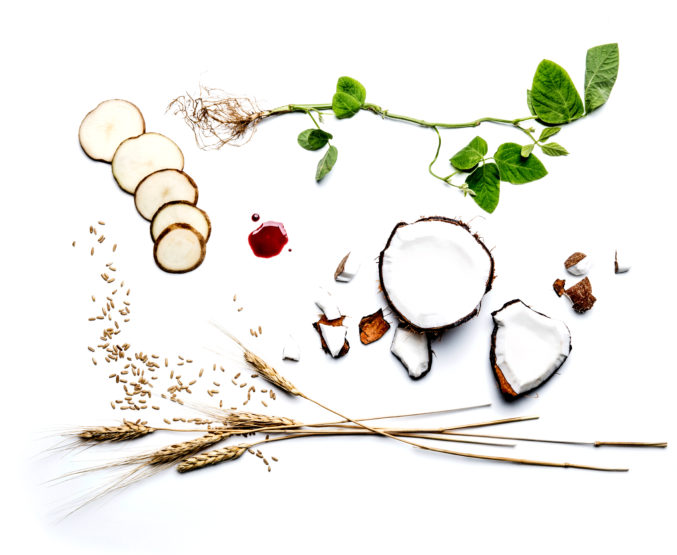 What sets the the Impossible Burger apart from other veggie burgers on the market is the way it’s manufactured. Here’s a quick rundown: heme is an iron-containing molecule found in every living plant and animal on the planet. In animals, the heme that’s found in blood is called hemoglobin and the heme that’s found in muscles is called myoglobin. This very good article from Wired explains it in more depth. It’s the heme that gives meat it’s iron-y flavor. Well, there’s something called leghemoglobin, which is found in soy roots. This, too, tastes like flesh. The Impossible team discovered a way to extract the DNA from soy plants and inject it into yeast that’s been genetically modified. Then, they ferment the yeast. And that yeast multiplies and produces more heme. This is what gives the Impossible Burger its meaty flavor. It’s also what gives the burger its pink hue and makes it “bleed.” Other key ingredients include soy protein concentrate, coconut oil, and sunflower oil.

The best Impossible Burgers in Dallas:

Rodeo Goat: sub any of the restaurant’s 20+ burgers for an Impossible patty. They season the meat with a dash of salt and pepper. Their most popular Impossible-subbed burgers are the D.C.C Cheeseburger, Whiskey Burger, Nanny Goat, and Chaca Oaxaca.

Hopdoddy: sub an Impossible Burger for any of their meat or veggie patties.

Del Frisco’s Grille: the Impossible Burger can be used as plant-based alternative to any of their burger offerings. My personal favorite is Quinn’s Filet Burger. It’s topped with bacon onion jam, arugula, blue cheese, Gruyère, and grain mustard. (Obviously, hold the jam if you’re not eating meat.)

Buzzbrews: prepared however you’d like (get it medium) and served on a wheat bun with lettuce tomato, onion, mayonnaise, and a dill pickle.

Liberty Burger: you can sub any of their burgers for an Impossible patty.

To be fair, the meat is basically the same across the board, with only minor differences depending on how it’s seasoned and what it’s topped with. These restaurants offer the most solid preparation and/or greatest variety of toppings.

(Side note: Beyond Burgers are starting to appear on menus, too. And people seem to dig them. Los Angeles Magazine recently compared Beyond to Impossible. Here, read. I’ll round these up for you guys at some point, too.)