Danyele McPherson is manning the biggest kitchen of her career.

The owners believe the square footage is warranted. This is the kitchen for the 25,000-square-foot Victory Park restaurant/sports bar/arcade Hero, which is located next to the south entrance of the American Airlines Center. It is gargantuan. 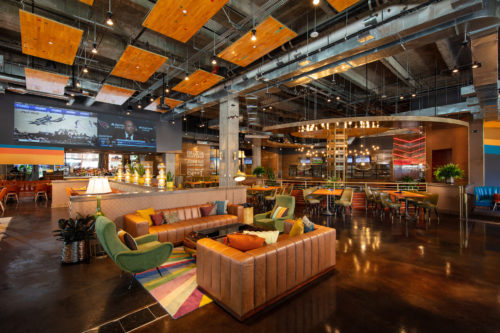 The concept, from 80/20 Hospitality founder, Elias Pope (HG Sply Co., Gung Ho, Standard Service), opened earlier this month. There is a dining room with two bars and 540 seats; an 800-square-foot arcade; a dog-friendly patio; and a back bar called “The Meantime,” which holds an additional 560 people and has three bars and a 24-foot TV screen.

The menu is expansive.

“If I have a 7,000-square-foot kitchen, then I better bring it on the menu with variety and the number of options and whatnot that we have,” says McPherson.

Choose a starter of tuna crudo, jalapeño hushpuppies, or calamari lettuce wraps. There are three crispy chicken sandwiches, six types of tacos, and four burgers (including The Remedy Burger, the diner-style highlight on the menu at the now-closed Lowest Greenville Avenue restaurant). There’s also poké, chicken schnitzel, and shaved Brussels sprouts. There is a 24-ounce porterhouse steak. McPherson took some staples from her time as chef at Remedy (R.I.P.🙏) and stuck them on the menu, too. Some of those items: 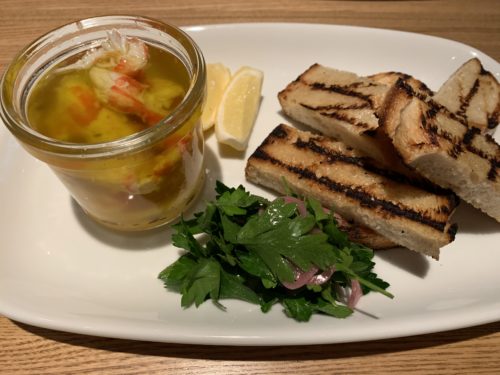 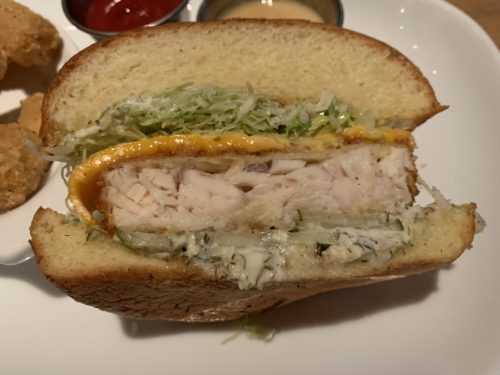 My gosh, Fish Filet! Have you been working out?

Honestly, though. This fish sandwich is one of the best things I’ve eaten in the past week. Redfish is poached in milk, garlic, thyme, white pepper, salt, and celery seed before it’s breaded and fried. It’s then layered with American cheese, tartar sauce, shredded lettuce, and dill pickles. It’s all squished between a bun from Bakery Group in Dallas. Mickey D’s? Never heard of him 💅

McPherson loves a taco salad. So, there’s one of those on the menu, too.

“I mean it’s one of my favorites,” she says. “But, the problem is, most of the places that have a taco salad are Tex-Mex places, and when I go to a Tex-Mex place, I’m sure as shit not going to get taco salad because I’m going to get, like, everything else that’s bad for me.”

She takes a 12-inch flour tortilla and fries it into a taco shell bowl. She sautés onions, jalapeños, garlic, and tomatoes and adds the veggies to all-natural ground beef to create picadillo. She sprinkles in lots of fresh cilantro, chiles, and lots and lots of cumin before cooking it all down. The salad is layered with cheddar cheese, ranchero beans, shredded lettuce, more cheddar cheese, pico de gallo, fresh grape tomatoes, pickled jalapeños, a generous scoop of sour cream and an equally generous scoop of guacamole.

It was noisy during a recent visit. Anderson .Paak’s “Jet Black” played overhead. (His latest album Ventura is incredible and you should listen to it.) There wasn’t anything going on at the stadium, so it wasn’t slammed. But the front section of the dining room was busy. There was a graduation party. People were watching baseball on the TVs. My friend talked my ear off about her job. I would in no way recommend going here for an intimate and relaxing night out, but it’s good for groups. Or for grabbing a bite and a drink before a show or sports thing at AAC. Which brings me to my next point. The drinks.

I ordered a 14-ounce frozen Miami Vice, which is half strawberry daiquiri and half piña colada served in a pineapple-shaped glass. It was too sweet. But, like, of course it was too sweet! It’s my own dang fault for ordering it. The tequila with a splash of soda that I ordered next was perfect. My friend got a Salty Dawg, which is a blend of vodka, Aperol, grapefruit liqueur, Ruby Red grapefruit juice, and lemon, with a candied citrus salt rim. She said it was too sweet, too. I forgot to ask her for a sip. But I trust her palate. I’m interested in trying more cocktails, though. There’s a pineapple passionfruit daiquiri and a Berry Diablo with tequila, Cointreau, and mixed-berry cordial. There are also five specialty shots. Maybe one of those is just right.

According to McPherson, Hero’s best-selling item, though, is beer.

“There were days where we were selling dollar-for-dollar for every thing that we sold in food, we were selling in just beer. Like, insane,” she says. “This area loves beer. That’s all I can say.”

Hero is huge. Hero is noisy. Hero is fun if you like watching sports and playing arcade games. Hero has good food. Don’t go to Hero if you don’t enjoy being over-stimulated.

Do go to Hero if you don’t mind a little ruckus with your Fish Fillet.

The Most Expensive Press Release Ever