A story in the May, 1980 issue of D Magazine touches on two major wine scandals, which took place in the ’70s, where bottles of vino were being mislabeled and sold as higher quality products. Shady.

But the wine corruption didn’t die with disco. No, sir. In 1980, there was a scandal involving a French table wine, which was sent to Holland for bottling and then to England for labeling, where it was “reborn” as Pouilly-Fuissé. Sacré bleu! And, some of that wine made its way to Dallas. Golly gosh!

Want to read the shocking tale? Click the images below. 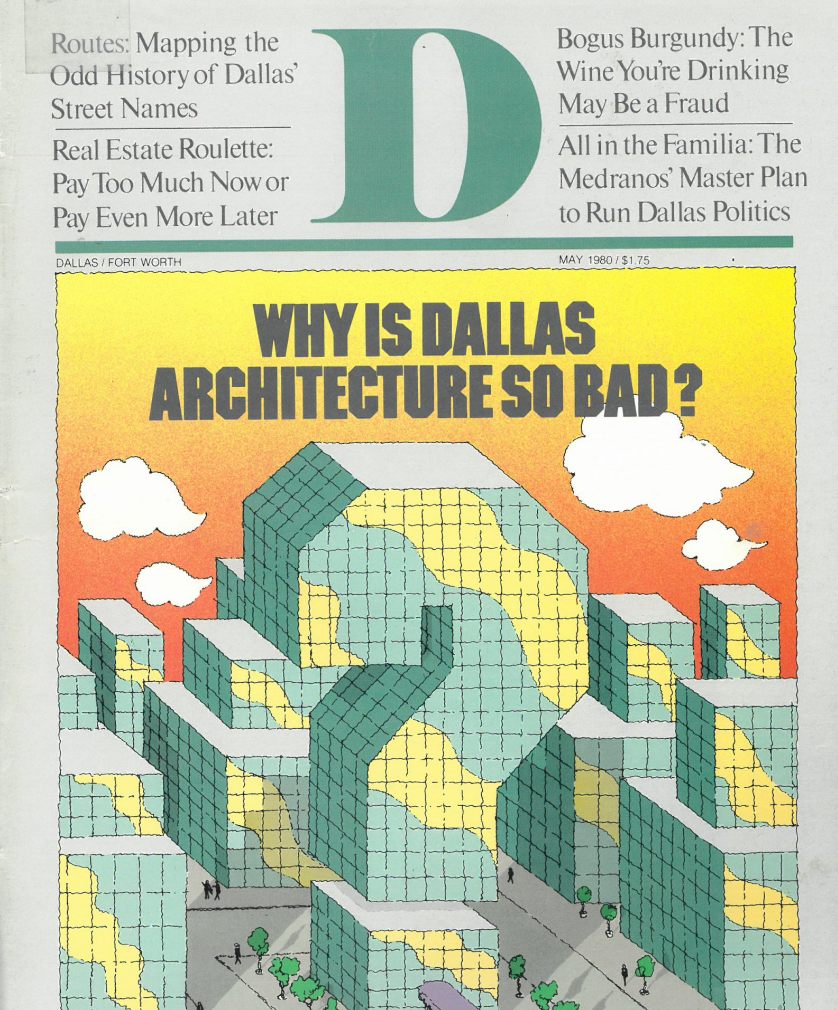 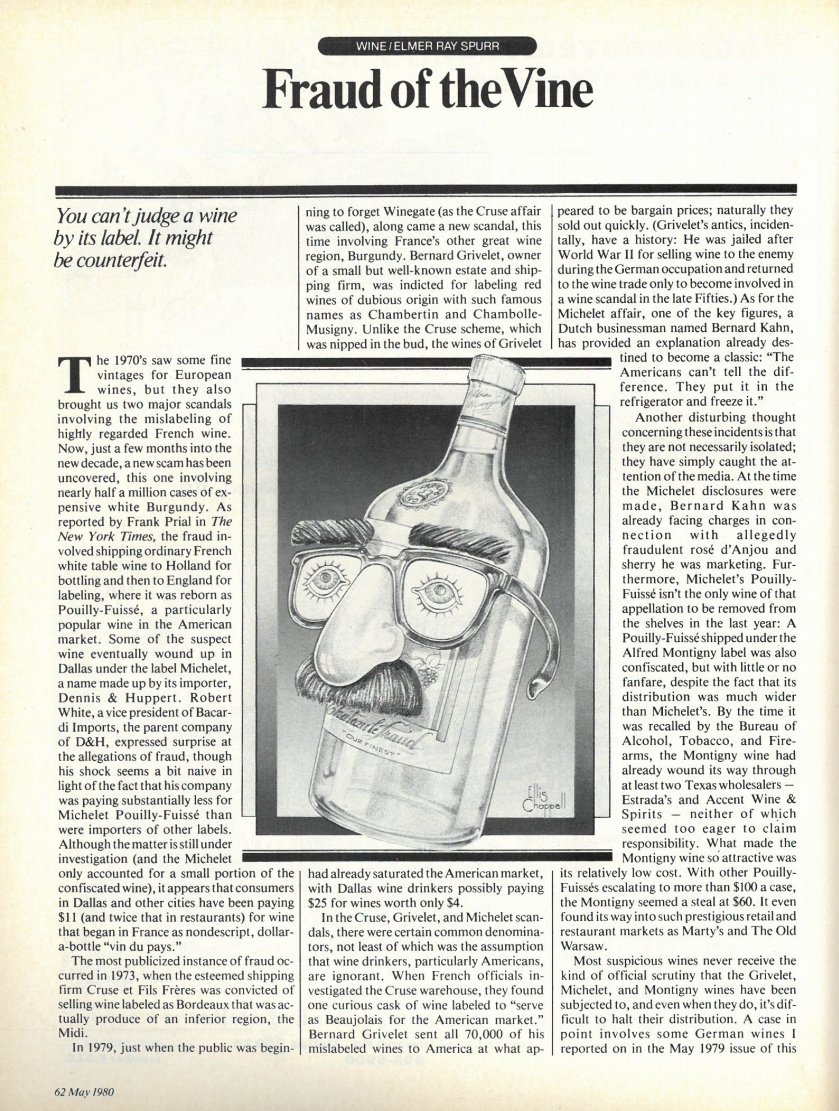 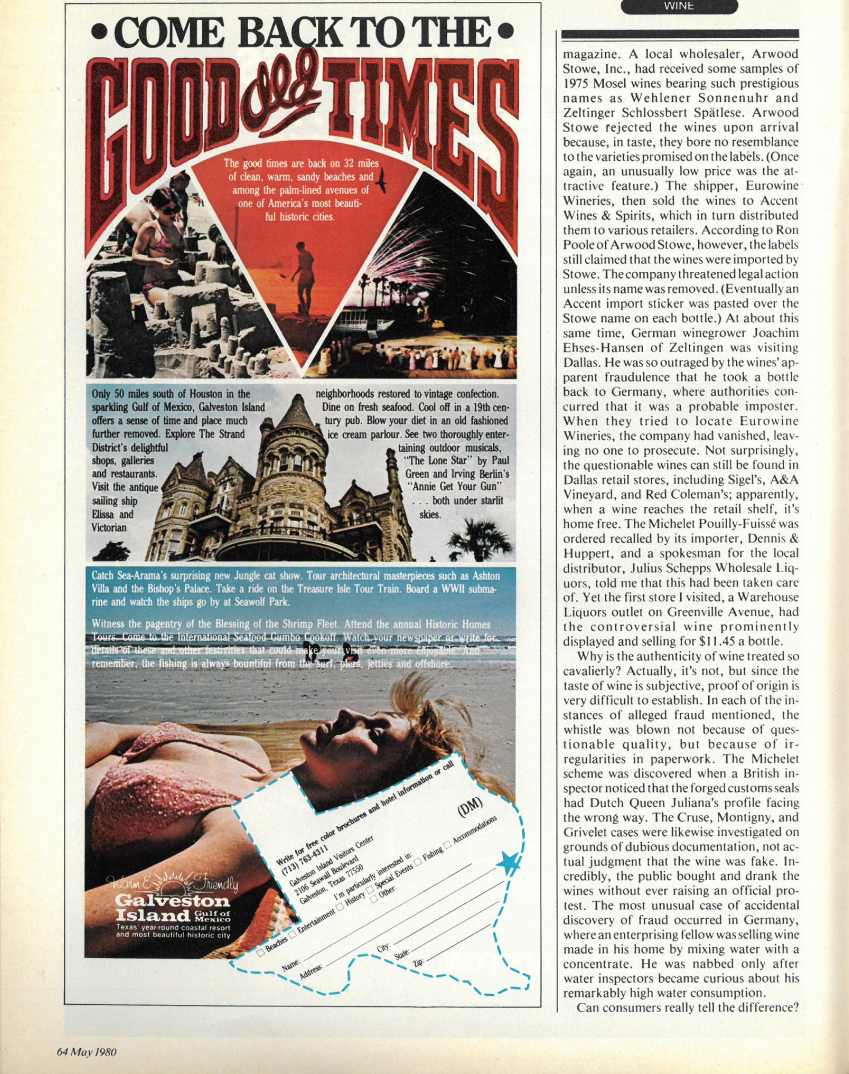 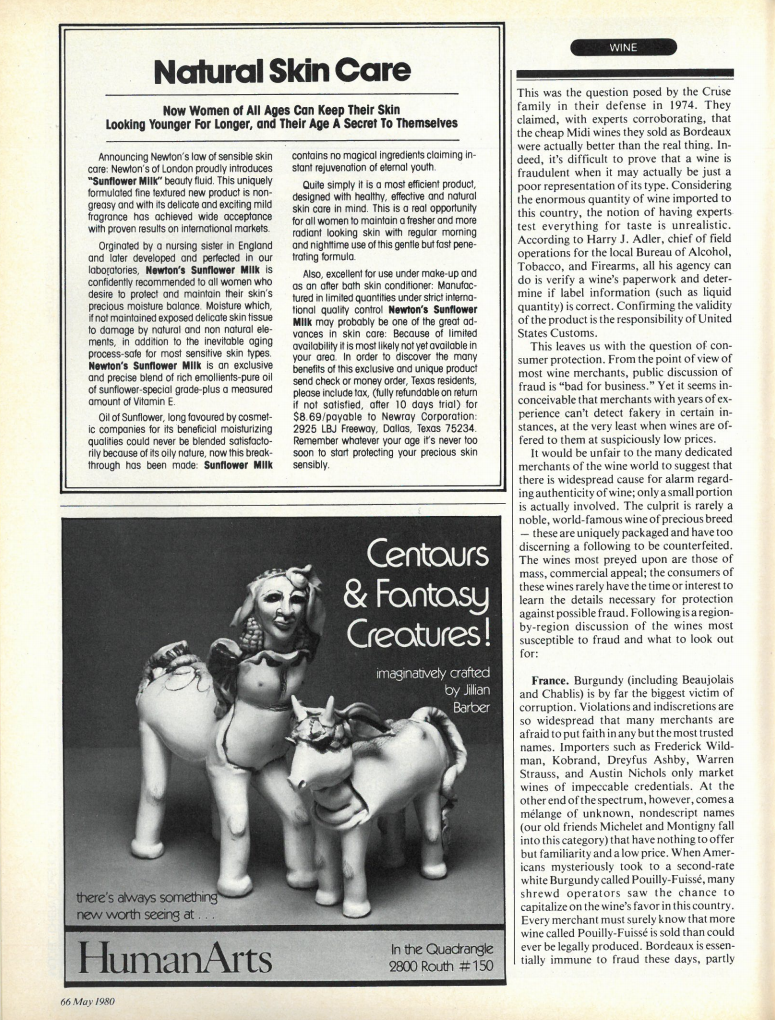 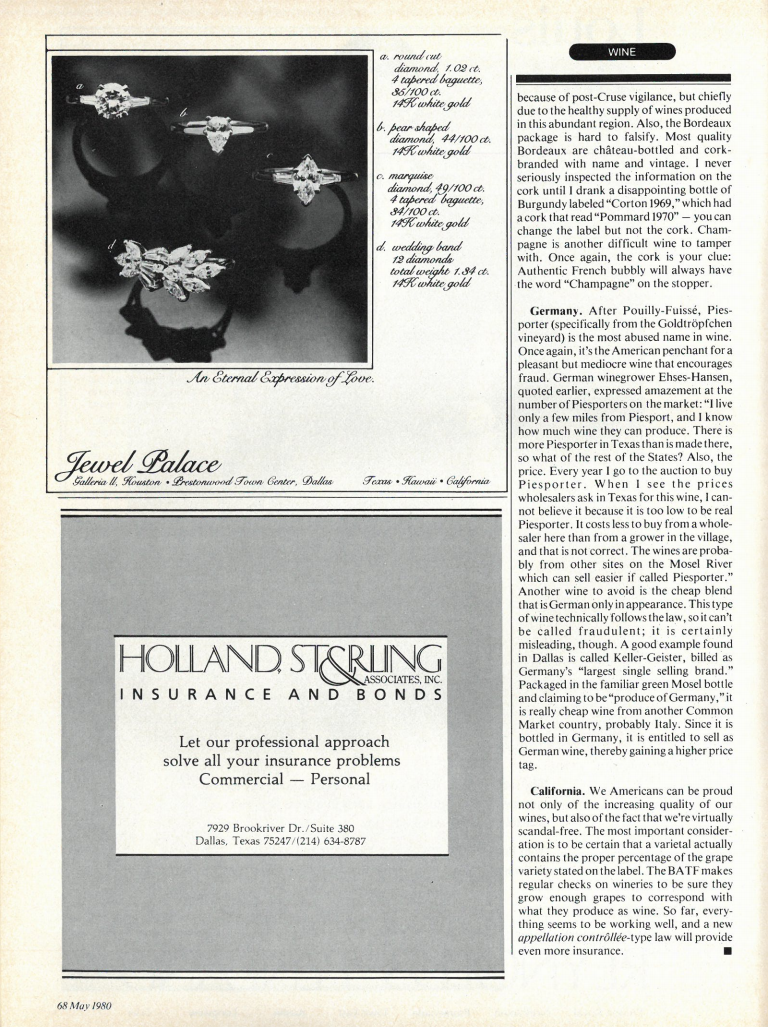