The first time I attended the Dallas Chocolate Festival, I found myself overwhelmed by the amount of chocolate I consumed. Since then, the event has only grown bigger, the brainchild of Sander Wolf, who steadfastly believes we can put Dallas on the map as a better and more informed chocolate city. The last several years have shown exponential growth, including a move to the F.I.G. building downtown and the addition of Sunday classes about which I wrote last year. This year marks the first of a corporate sponsorship with Whole Foods, which will host the classes that once took place in a warehouse in the Design District.

The extravaganza will take place over the weekend of September 7 though 9. Saturday is the main event, with more chocolate than you have likely ever seen in one place. There are beans from Tanzania and Madagascar, small-batch confections and limited-edition creations, truffles and bonbons, and just when you thought you couldn’t take in anymore, there is a chocolate fountain oozing fine milk chocolate. 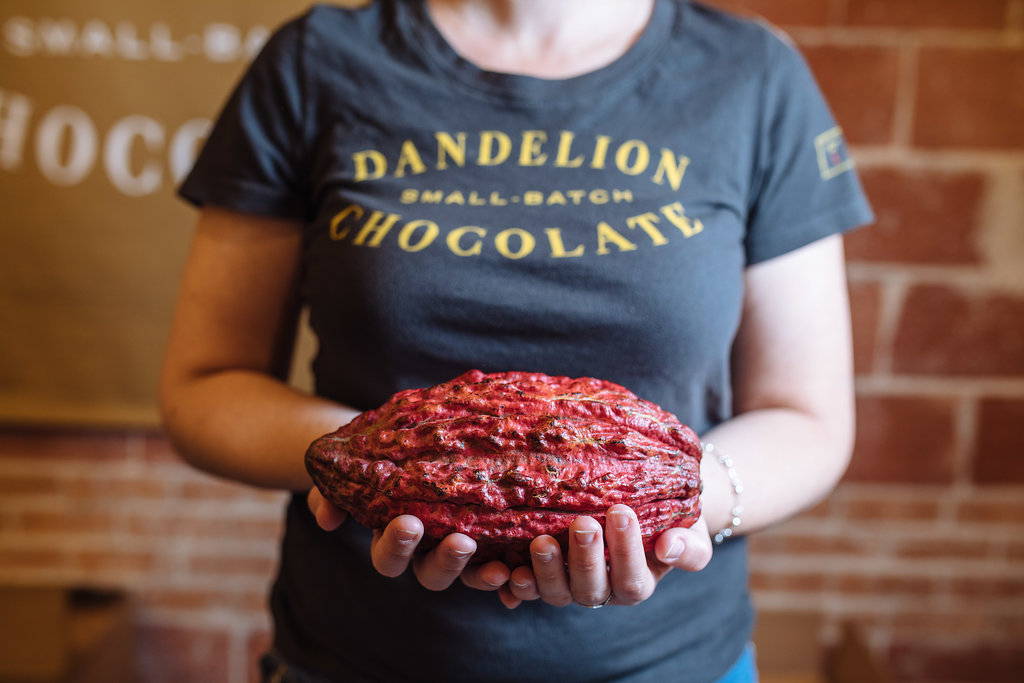 Local bean-to-bar chocolate-makers and chocolatiers will be in attendance, including 5 Mile Chocolate (by Oak Cliff Coffee Roasters), Kate Weiser, and Dr. Sue’s Chocolate.

As this year’s theme is the “Future of Chocolate,” discussions and panels will be slotted throughout the day. (Sunday’s classes, held at the Whole Foods on Forest Ln. cover bean-to-bar chocolate-making and chocolate judging, and require a separate fee and registration.)

The established and emerging craft chocolate worlds join hands, and I always look forward to sampling the wares from pioneers like Amano and Dandelion Chocolate as well as newcomers on the national scene like LetterPress (out of L.A.), Potomac (out of Virginia), and Fruition and Raaka (out of N.Y.). They are all pointing the way to the future of chocolate, fraught with its complex layering of commerce, equity, and taste.

I will no doubt once again emerge having eaten more, learned more, and spent more on chocolate than I came thinking I would.

Scenes from the Dallas Festival of Lights