Enjoy unlimited access to all of our incredible journalism, in print and digital.
Subscribe Now
Advertisement
The Localist

I met Jason Kramer, “Brine Master” of Kramer’s Korner, at the Birthright BBQ Fest at Dallas Heritage Village last weekend. He was serving his pickles next to the folks at Cattleack Barbecue. I watched as guests asked for extra servings of Kramer’s Korner beans. I also watched a few people eat their beans before they even walked away, and then stick their red and white checkered food tray back out, with no shame, for more.

Jason began selling his pickled products about 18 months ago. He grew up watching his grandmother pickle all sorts of things which set his bar high when trying other people’s products. One day his wife said: “Why don’t you quit critiquing everyone else’s stuff and make your own?” To which he replied: “Challenge accepted!”

Each jar of Kramer’s Korner is marked with the number “4.” This is because it took him four tries to perfect his recipe. He started with what he thought his grandmother’s recipe was and then just kept adjusting it until he got perfection in batch number four.

All products contain no sugar, no preservatives and are made with all-natural, organic ingredients. As of now, they make pickled beans and cucumbers with the occasional limited edition asparagus and carrots. You can find Kramer’s Korner at local farmers markets and online. 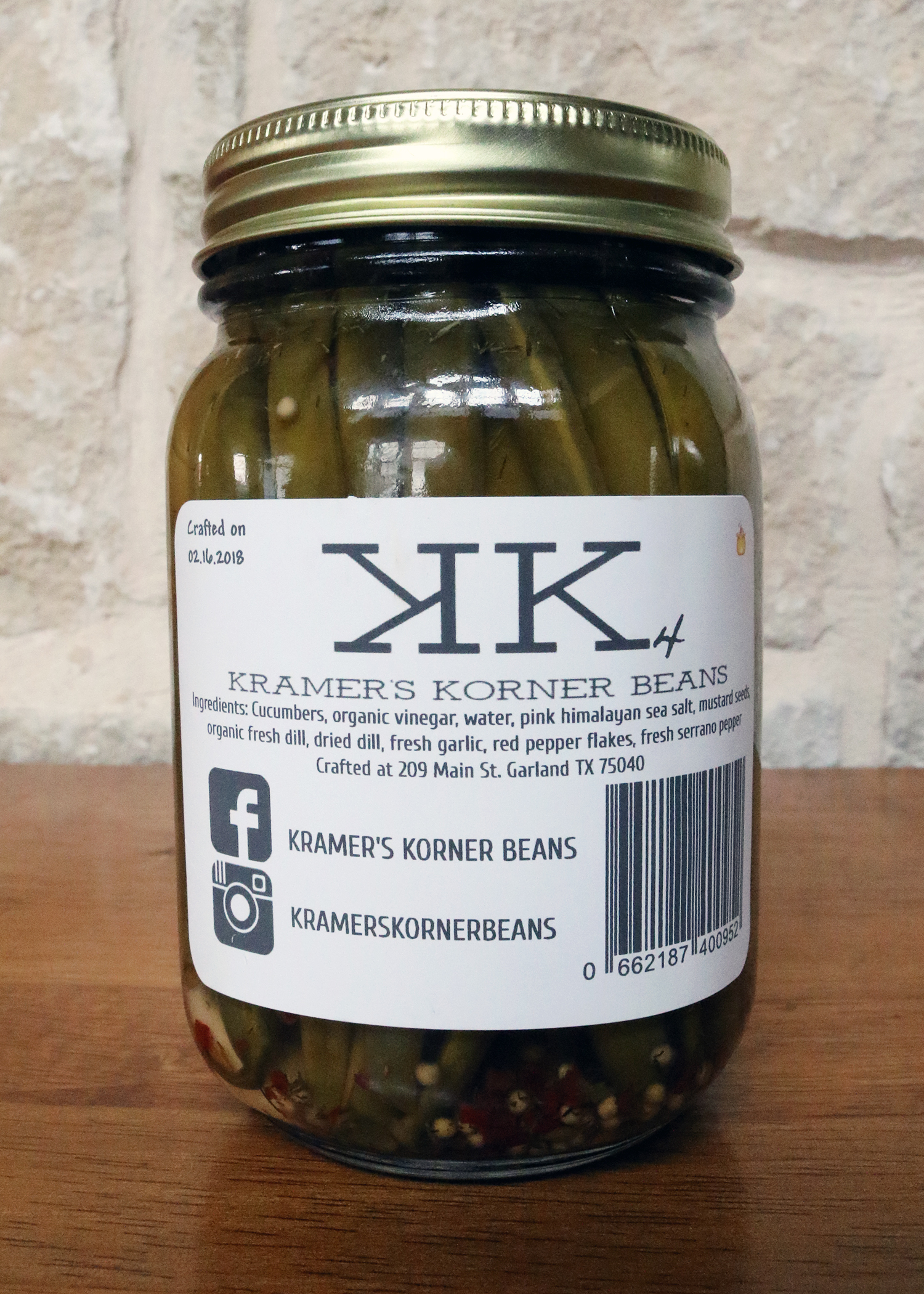 Dallas real estate developer Ruel Hamilton was convicted of bribery in 2021 and sentenced to eight years in prison, but the Fifth Circuit Court of Appeals agreed to delay his sentence until it rules on his case.
By Bethany Erickson
Podcasts

New EarBurner Podcast: The D.O.C. Opens Up About His Life and His Hopes for Dallas

One of the most important artists in hip-hop history is a Dallasite. He’s found God, plans to launch Death Row South, and is ready to share his life story in a new documentary. And this podcast.
By Matt Goodman
Local News

Help a Local Musician and Producer Struggling to Keep His Hands

Jeffrey Saenz is suffering from third- and fourth-degree burns after a freak accident.
By Zac Crain
D Magazine Directories