What to Drink Now: Wine and Cocktails to Toast the Oscars

We love toasting to the best films of the year. And in honor of the 89th annual Academy Awards, I’ve put together a selection of playful libations to cheer on your favorite actors, directors, and costume designers. I called in my hubby, podcast partner, and film critic, Gary Cogill, for his picks on who the winners will be. (Some selections were sent for editorial consideration, all available at Spec’s unless noted.)

For La La Land, up for 14 Oscars this year, enjoy a cocktail from another dreamer, and self-made man, Daniel E. Williams, who went from distillery worker to the head of the Tullamore D.E.W. Distillery. 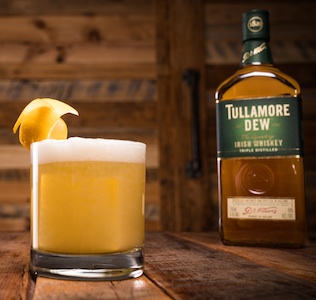 Reyka Vodka goes from Iceland to Hollywood with a cocktail toasting the glitz and glamor of the night. 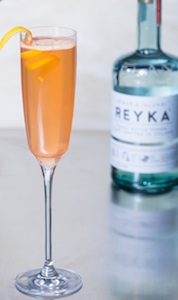 And for the beautiful people, a beautiful drink from one of the most appealing Gins available. Zephyr Gin layers ripe berry, melon, honey and orange blossom for an aromatic spirit. 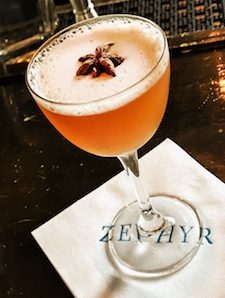 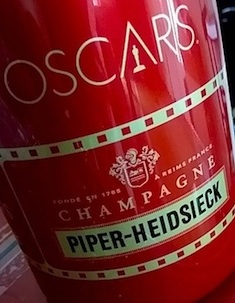 Once the show starts, it’s time to pop some bubbly. For the third year in a row, Piper-Heidsieck returns as the exclusive Champagne served during the 2017 Academy Awards season. As the official champagne of the Cannes Film Festival for 20+ yrs as well, Piper-Heidsieck has long ties with cinema and celebrating the best of the best. Piper-Heidsieck has created a limited-edition magnum bottle to be poured exclusively at the ceremony and Governors Ball. Though the magnums are limited to the show, you can pick up a plethora of their classic Piper-Heidsieck Brut Champagne for $43. 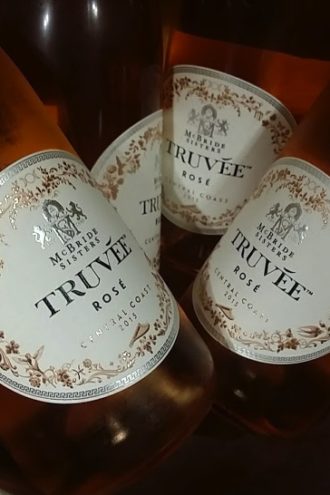 BEST SUPPORTING ACTRESS
Viola Davis is a shoe-in for her role in “Fences.” To pair, Truvée Rose, created by half-sisters Robin and Andrea McBride, one of few owned and operated wineries by African American women in the country. Their Rose blends classic Rhone varieties of Grenache and Syrah, grown and produced in California, for a wine filled with strawberry, raspberry, and floral aromas. $17.

BEST  SUPPORTING ACTOR
The award will go to either Mahershala Ali for Moonlight, or Jeff Bridges for Hell or High Water. To toast Jeff Bridges, raise a glass with great Texas wine from one of the first families of wine in our state, Fall Creek. Fall Creek Terroir Reflection Series GSM blends three of Rhones favorite varieties, grown in clay and limestone Texas Hill Country AVA soils, for a savory red layered with black fruit, smoke, and black pepper. $45, at Central Market. 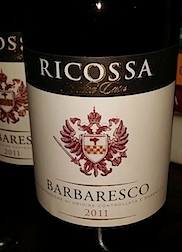 BEST ACTRESS
The winner will either be Emma Stone, which increasingly seems to be the front-runner, or Natalie Portman for her moving portrayal of Jackie. For this Queen of Camelot, the Queen of Italian wines, Barbaresco. Ricossa Barbaresco, from Piemonte, Italy displays the slightly softer side of the Nebbiolo variety, especially compared to its cousin, Barolo. However the earthy red layers wild roses, berries and savory balsamic notes. The succulent, slightly tannic palate offers ripe cherry and spice. Ricossa also takes a slightly more New World approach to their wines, making them ready to enjoy upon release. $28. 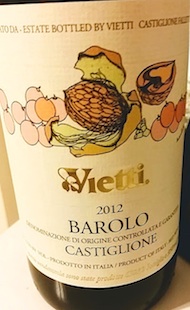 BEST ACTOR
The award will either go to Denzel Washington in Fences, or Casey Affleck for Manchester by the Sea. For this best actor, the King of Italian, Barolo. The heartier cousin to Barbaresco, Barolo has earthy truffle and forest floor notes, with ripe berry, rose and espresso. Clay and limestone filled vineyards, 7 and 40 years old, produce Vietti Castiglione Falletto creating a mineral rich, tannic, complex wine. $50, at Jimmy’s. 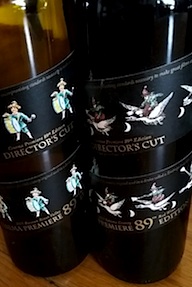 BEST FILM of 2017
La La Land is the most unique, original film we have had in years, and the front runner, but Gary also loves the thoughtful portrayal of a young African American boy through three stages of life in Moonlight. For the best film of the year, toast with Oscar-winning Director, Francis Ford Coppola, and his Coppola “Director’s Cut” Cabernet Sauvignon. The official still wine of this year’s Oscars, the classic California Cabernet Sauvignon layers of cherry, cedar spice, blackberry, and milk chocolate. $20.