The full lineup for the 2017 Savor Dallas festival has been announced. The four-day culinary event runs April 6 through April 9 and features more than 75 restaurants, 450 wines, and 70 spirits. According to the release:

In addition, Savor Dallas is honored to have Chef Chad Houser of Café Momentum as the honorary host chef of the festival, highlighting and supporting the vital work he does in the city and beyond by transforming young people’s lives for the better.”

Here’s a look at the lineup: 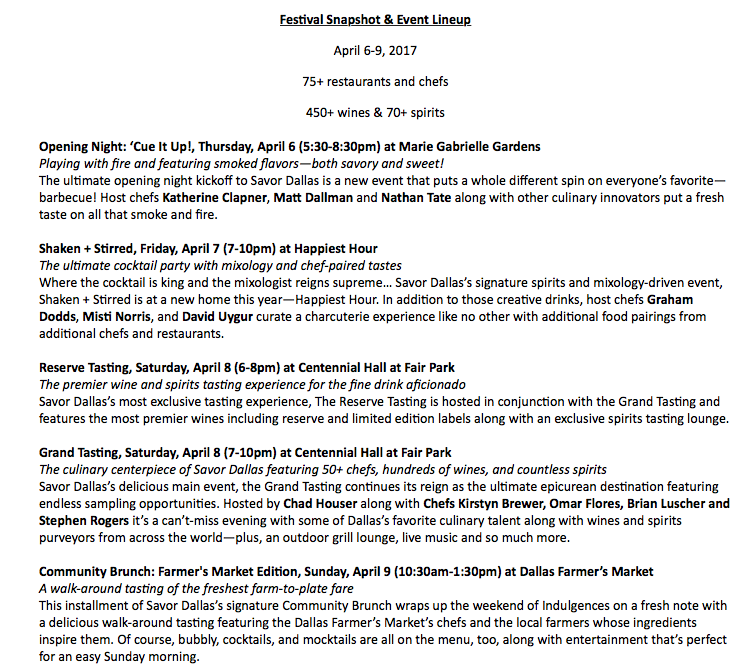 Tickets cost between $55 and $400 and can be purchased here.