Last week, John F. Tesar finally let loose. And it was glorious. After a tough Restaurant Wars challenge, he called another competitor a name that rhymes with “rat fock” and the whole world rejoiced. For it was good.

At the beginning of this week’s episode, Tesar is regretful that he got upset, but not apologetic. He justifies his fit by calling Katsuji Tanabe a “rat” again. Tesar claims that Katsuji does mean things to others for his own personal gain. He seems to think that that is not nice.

And then Tesar goes to Whole Foods and gleefully buys all the king crab so nobody else can buy king crab. He even cackles while he does it.

The other chefs scowl.

Their scowls are like a warm hug from a bowl of ramen to him. He holds the bowl to his face and drinks in the hater broth. And then he talks about therapy some more. You should drink every time he says “meditation.” 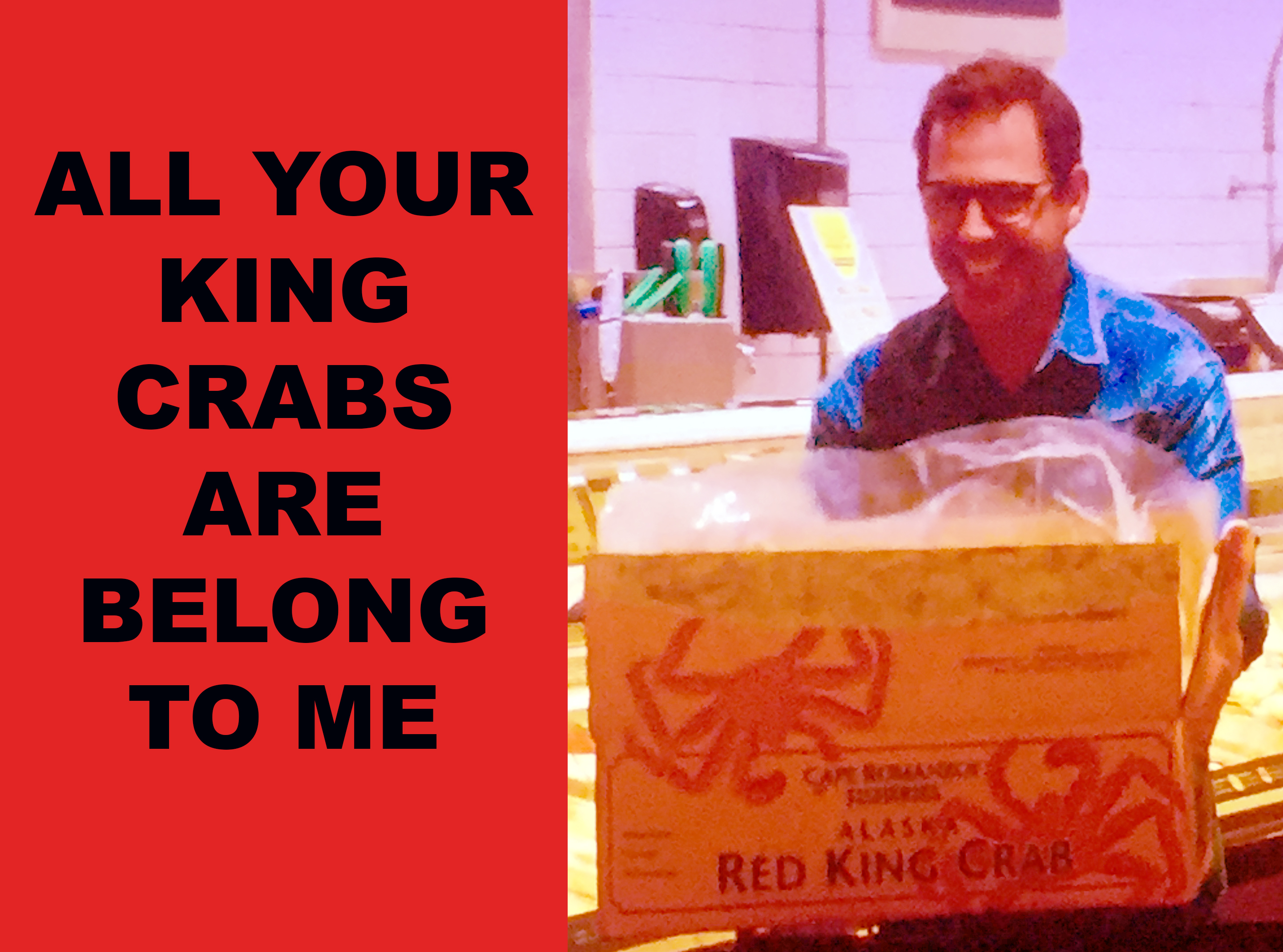 The QuickFire Challenge requires the chefs to be blindfolded. They are then given ingredients to taste, and they have to identify the ingredient they’re eating. It’s a blind taste test. And watching Tesar attempt to blindly identify ingredients is maybe the best thing that has ever been on television.

They hand him cream cheese. He tastes it and says it’s flour.

They hand him avocado. He gets it wrong.

He can’t even identify pimento cheese, which is absolutely on his menu at Knife and on one of my favorite burgers in Dallas.

At one point, he was getting so many ingredients wrong, it felt like he was throwing the challenge. But HAHA DON’T BE A DIPPIP TESAR DOESN’T THROW CHALLENGES. 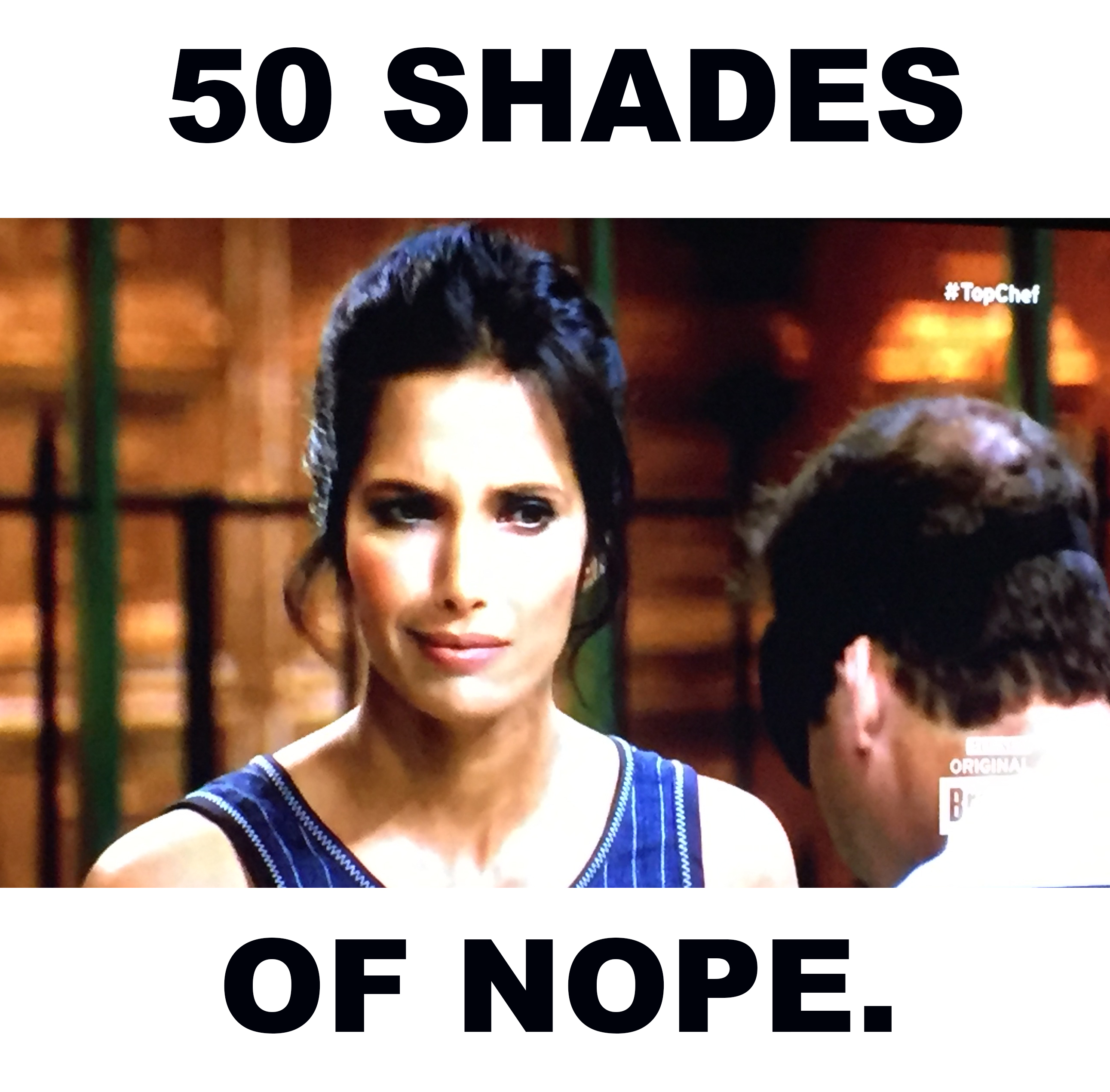 The Elimination Challenge requires the chefs to create a dish they remember from their childhood. So, Tesar talks about his childhood, how he was born to two very wealthy parents. His dad was a doctor and his mom was a socialite. When he was young, they were shot in an alley in front of him by a bad guy and after that, his one true friend was his butler. He vowed to save the city from villains and to do his part to fight crime in the cover of darkness. He didn’t want the attention, you see. Didn’t need credit. So he dug a cave out of the basement of his mansion and started wearing a utility belt containing choking gas capsules and a grappling hook. All of these memories remind him of something his father always said, “Bruce, King Crab with butter and garlic is the damn best thing.”

So Tesar made king crab scampi, with a foam because foam. The judges love it, because there is nothing better in the world than king crab with butter and garlic. It’s a fact. King crab with butter and garlic is better than hanging out with puppies when you’re drunk. It’s better than learning your real mom is Meryl Streep. It’s better than getting through a whole episode of Top Chef without Tesar name-dropping anyone. All the other chefs should just go home, this dish has to win because of the aforementioned best ingredient combination in existence. It’s not even fair.

But the other chefs didn’t go home. They made crab cakes and crepes and lamb and ice box cakes and somehow toasted barley tea soup and beef lollipops.

And in some alternate reality where everything is jacked up, the judges decide that the beef lollipops should win. Beef lollipops beat king crab with butter and garlic. Are you crepe-ing me? Are we in The Upside Down right now? Tesar’s dish wasn’t even mentioned in the top three dishes of the night. It doesn’t make sense. Hopefully being wronged in this way will push him to darkness and we get to at least see some Grumpy Tesar next episode. Or maybe he’ll at least wear sunglasses to breakfast again. That was kind of amazing.

Tesar Keeps His Spot on Top Chef, Promises to Turn Into an Eagle