“We decided to create the next generation of Mexican fare,” says Julian Rodarte, Beto’s son. “Taking the simple comfort food my father and I grew up with and modernizing it based on what people my age, Millennials and Gen Z, are looking for when they dine out.” Julian is a recent graduate of the Culinary Institute of America.

The cocktail den and restaurant is celebrating the repeal of prohibition with drink specials on December 5. Sip $3.33 prohibition cocktails like the Manhattan, Moscow Mule, and Hemingway Daiquiri. Beer, wine, and other cocktails will be $5. The party and specials run from 9 p.m. until 2 a.m.

Kitchen LTO is now serving lunch: The “permanent pop-up” restaurant formerly located in Trinity Groves recently reopened in Deep Ellum. Executive chef Josh Harmon’s lunch menu that will be served Tuesday through Friday from 11 a.m. to 3 p.m. The full lunch menu can be viewed below. 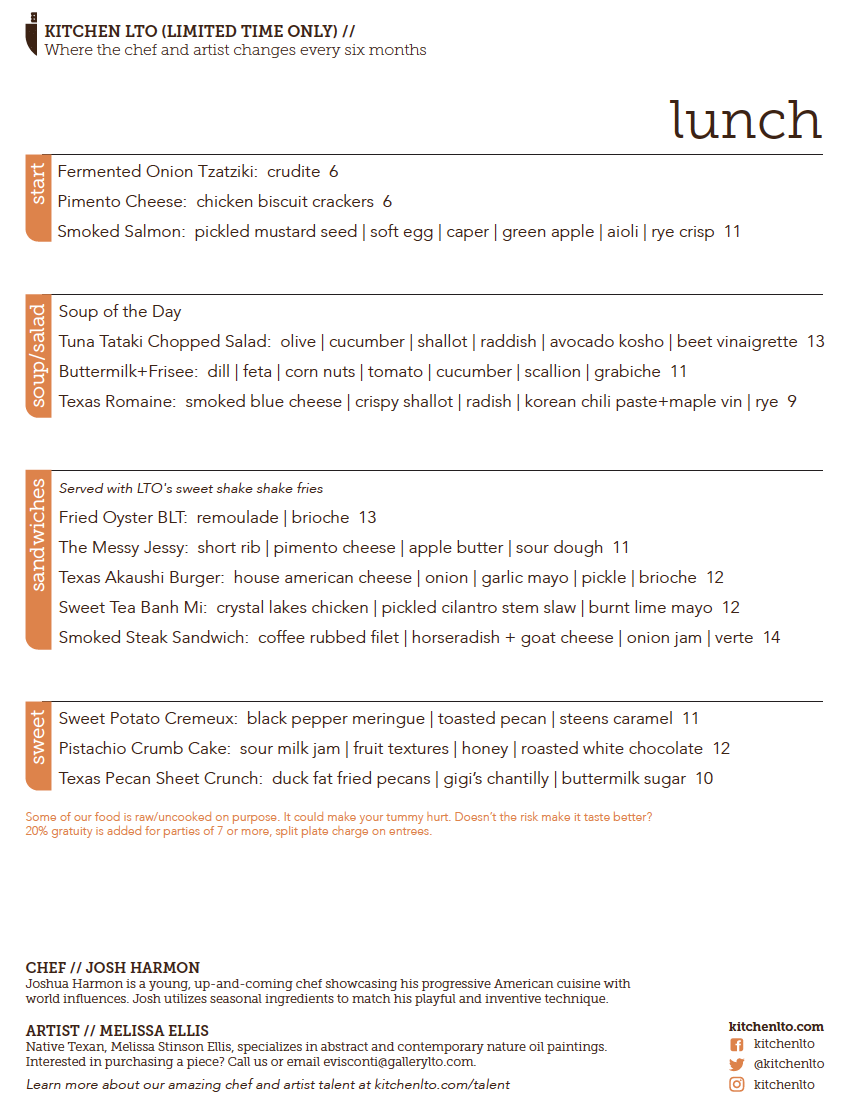 On weekdays, one of the city's best dining neighborhoods is nearly empty, just waiting for you to come eat fabulous food.
By Brian Reinhart
Coronavirus

Beto O'Rourke's COVID-19 diagnosis is a warning to those attending political rallies.
By Jencie Tomasek
Law

A Twitter user named Sabretooth Nietzsche breaks it down like a fraction.
By Tim Rogers
D Magazine Directories