Dallas author and food blogger Pamela Braun’s debut recipe book, Frozen Paleo: Dairy-Free Ice Cream, Pops, Pies, Granitas, Sorbets, and More (176pp. The Countryman Press. $17.95), gives you something new to try in your ice cream maker. As Braun explains in the book’s introduction, her interest in dairy-free ice cream comes from her lactose intolerance as much as from an interest in the paleo diet. 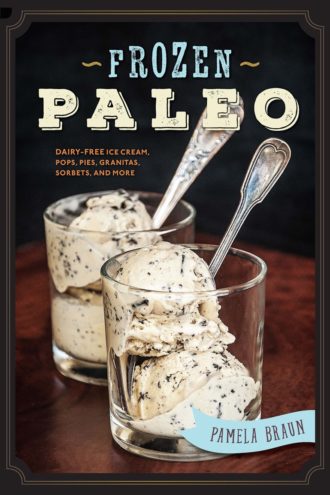 Recipes eschew dairy fats—milk and cream—in favor of full-fat coconut milk, coconut cream, and a velvety cashew cream you make by whirring cashews you’ve soaked overnight. The result, as I found when I made the Mint Chip last weekend—a cashew, coconut, honey base with fresh mint leaves and a chocolate drizzle of coconut oil and cocoa powder—is ice cream that retains a coveted custardy, creamy texture. (The only other similar contenders in the world of non-dairy ice cream are avocado and frozen banana, both of which whip up into something lusciously creamy. The avocado ice cream you can make by whirling four Haas avocadoes, whole milk, agave syrup, and a squeeze of lime, is something I revere. But that’s another story.)

Those familiar with the paleo diet will recognize the hallmarks. Coconut palm sugar and honey replace refined sugar. Maple syrup is the base of the caramel that striates the Salted Caramel Stracciatella on the cover. The doughnuts in Braun’s play on doughnuts and coffee ice cream (“Fuzz Buzz”) use coconut flour.

The coconut flavor is powerful (the only recipes that don’t use coconut milk and/or coconut cream as a base are sorbets and granitas featured in the back of the book, along with desserts such as a banana cream pie with a date-but crust, a baked Alaska with blackberry-cashew ice cream under its meringue hood). Braun unabashedly declares her love for coconut in the introduction to her recipe for the Cuckoo for Coconut ice cream, whose only ingredient besides coconut flakes, coconut milk and cream, and coconut palm sugar is vanilla extract.

You have to like the pronounced character in order to appreciate the way it pairs with strawberries in a No-Churn Strawberry ice cream or adds depth to Extreme Chocolate ice cream. But I’m intrigued by the sound of Orange Cream popsicles where coconut milk joins fresh-squeezed orange juice and raw honey, like a tropical Orange Julius. Something wonderfully tropical must happen in the popsicles that combine coconut milk with mango chunks and coconut water.

The ingredients are not cheap. Having bought organic—Braun makes the point that with so few ingredients, ice cream is a place you want to buy the best you can afford—my mint chip creation came out to almost $10 a pint. But so it would have been had I bought organic milk and cream. And I loved the novelty of the way coconut and honey added new depths to familiar custard. 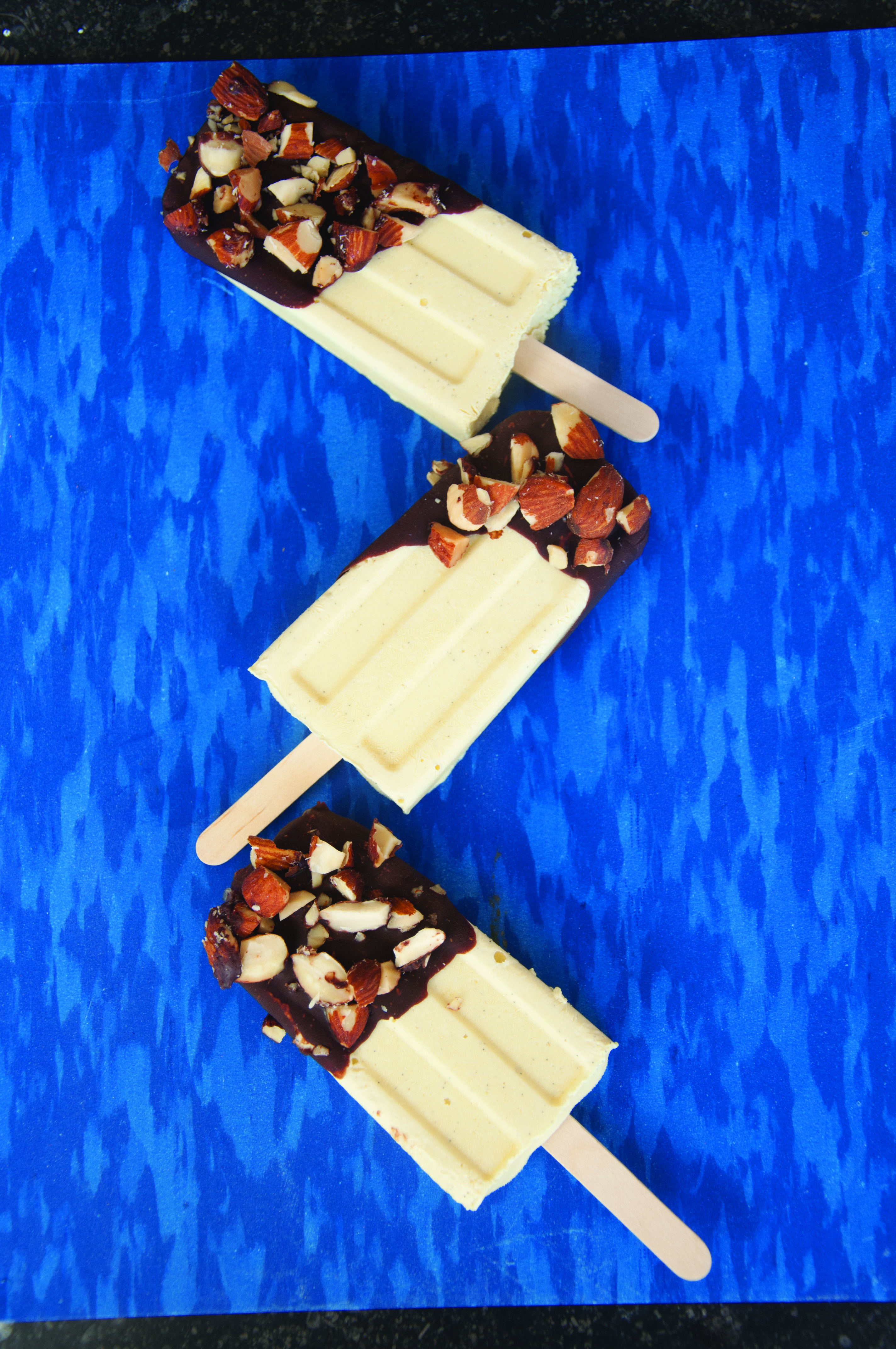