Enjoy unlimited access to all of our incredible journalism, in print and digital.
Subscribe Now
Advertisement
Food Trucks

Cousins Maine Lobster got their ticket stamped when they appeared on Shark Tank in late 2012 and left the studio with a deal. Expect to see them on the streets of Dallas soon.
By George Lewis | April 9, 2015|12:54 pm
Advertisement 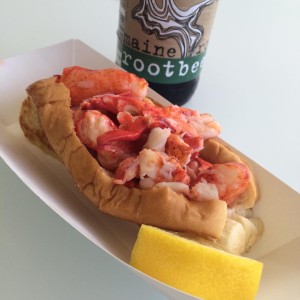 Cousins Maine Lobster got their ticket stamped when two cousins, Jim Tselikis and Sabin Lomac, appeared on Shark Tank in late 2012. They left the studio with a deal they made with Barbara Corcoran.  Since then, they’ve rolled out three food trucks in the Los Angeles area, received an enormous amount of press, and appeared on multiple national news shows. There has even been some talk that the company might put their stock up for public stock offerings.

The Cousins Maine Lobster-Dallas franchise is owned and managed by Ron Baron, a Shark Tank fanatic, with a background in sports event marketing.  As a sidenote, two of the most successful food trucks in Dallas, Ruthie’s and Easy Slider, are run by former event planners.

The CML-Dallas truck has arrived in Dallas and is waiting on final city inspections and staff training and expected to start serving in a couple of weeks. CML serves both a Connecticut style lobster roll (warm with butter and lemon) as well as a Maine-style (cold with a little mayo).  The menu also includes lobster tacos, quesadilla, and skewed lobster tails.  Desserts include a lobster ice cream and whoopie pies. The price points, at $13 – $15, are better than competitive lobster rolls in Dallas, but are higher than the typical average $8-$10 from the existing food trucks in town.

Expect to start seeing CML-Dallas in public toward the end of April.  Be sure and check my weekly Tuesday food truck schedule on SideDish.